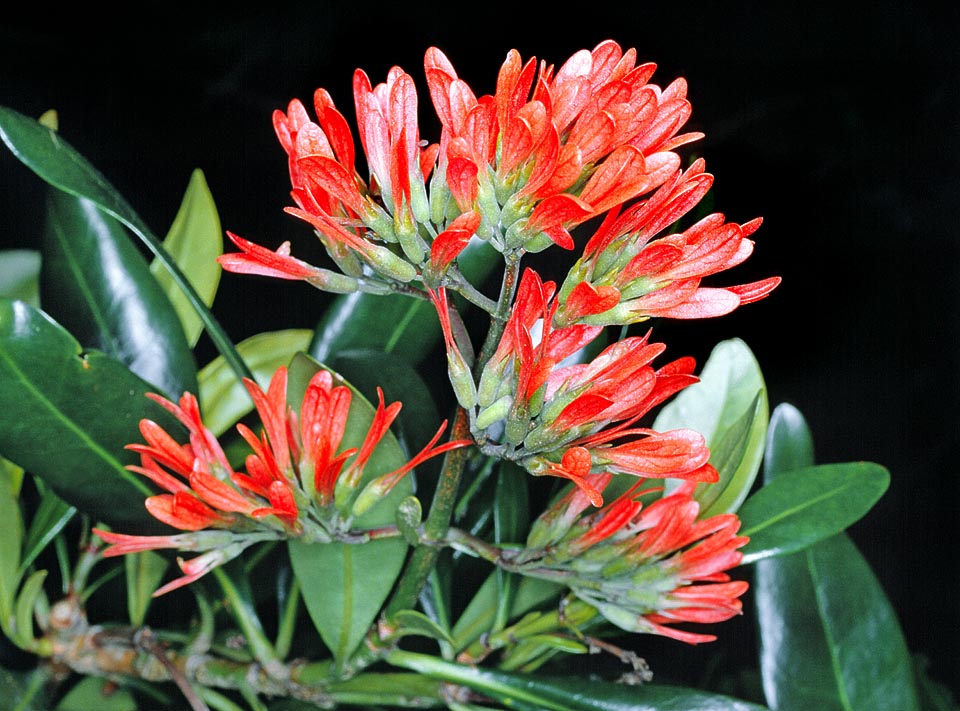 Native to South Africa, Alberta magna is a shrub or evergreen tree reaching in Natal the height of 12 m © Giuseppe Mazza

The name of the genus and the species’ one were both given by the German botanist Ernst Heinrich Friedrich Meyer (1791-1858) in honour to the great German philosopher and theologian Graf von Bollstädt (1193 ca – 1280), known also as Albertus Magnus, author also of a seven books work of botanical nature, the De vegetalibus et plantis. 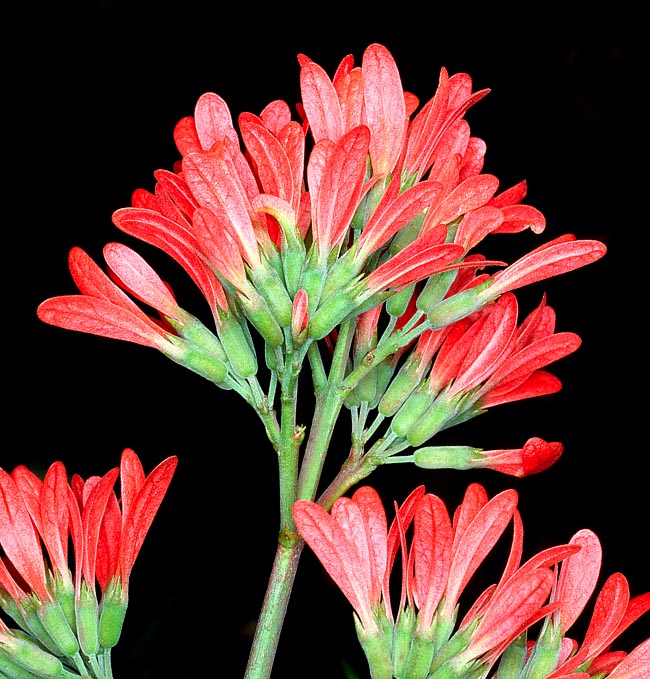 Bush or slow-growing tree, evergreen, tall up to 10-12 m, with oblong opposite leaves, 10-12 cm long and about 5 cm broad, coriaceous and of a glossy dark green colour.

The fruit is a grooved and about 0,6 cm long oblong drupe, containing 4-6 seeds, with the long red lobes of the calyx, which persist for long time. It reproduces by seed and by cutting.

Very ornamental plant both for the foliage and for the showy inflorescences and the typical fruits, but not easy to be cultivated outside from the origin areas.

It likes best a humid and cool climate, especially during the vegetative period, and does not stand temperatures just lower than zero, if not for a very short time, particularly when young; the optimal exposition is in full sun, or slight shade, in well drained, rich and rather acid soils.

The seeds, not easy to germinate, are to be previously pre-treated; usually they are scarified and dipped in water for 1-2 days, after having been maintained for some weeks at a temperature of 3-5 °C (vernalization). Seen its scanty presence in the wild, it has been declared endangered plant.