Origins, geography and cultural life of the Principality of Monaco 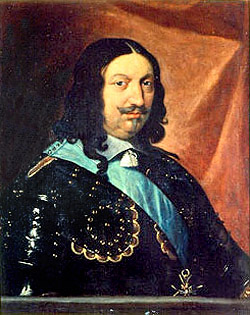 The Principality of Monaco is the place where Monaco Nature Encyclopedia was born and its headquarters are located.

Monaco is a small dot on the geographic maps, but its fame and notoriety go well beyond its borders. As in fact a Venetian ambassador was saying to a colleague who was ironical about the small size of his nation,

“Countries are not to be measured, but weighed”, and since the old times the Rock of Monaco has held an important weight due to its strategic position. 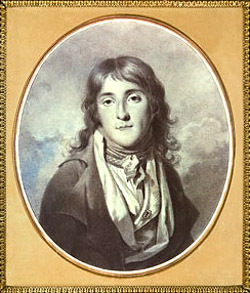 Five centuries before Christ, it was, in fact, known to Greeks, as well as Elba Island, Ventimiglia, Marseilles and Narbonne, due to its leeward harbour, compulsory port of call during the voyages to the Iberian Peninsula, and Hecataeus of Miletus, historian and geographer of the time, in its “Periegesis”, relates of a “Monoikon poilis Ligustiké”, that is, of Monaco, city of Liguria, where was located also a temple honoured to Hercules, which later on originated the old Roman name of “Portus Herculis Monoici”.

Starting from 1297, the history of Monaco interlaces with that of the Genoese Family of the Grimaldis.

Following to a battle lost by Guelfs, Francesco Grimaldi, called Malice, while fleeing towards Provence with his vessel, succeeds in fact in taking possession, from the Ghibellines, of the Rock, conquered with the swords during the night of January 8th, after having cheated the sentry post disguised as a monk looking for shelter. 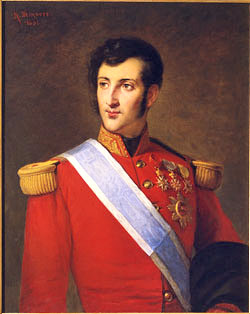 Since then, with alternate vicissitudes and after several sieges, the Grimaldis will live on the Rock with a swinging foreign policy, putting in competition, without giving anything, the powerful neighbours longing for its port. 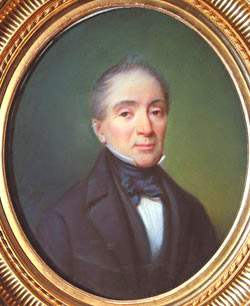 So, in order to protect the independence of their frail nation, we find them at times allied with Provence, with Savoy, with Genoa or with France, betrayed in favour of Spain for 116 years, and then finally raised to guarantee of the autonomy and defence of the Principality with the Treaty of Péronne, signed by the Prince Honoré II, on September 14th, 1641.

With the French revolution, Monaco is occupied by France, and is annexed, from 1793 to 1814, to the department of the Alpes-Maritimes, with the less clerical name of Fort d’Hercule.

When the Grimaldis are back, the Palace has been sacked and the public finances are empty.

The Prince Honoré V tries to set up the economy with small industrial and handicraft activities, and grants the monopoly of wheat and flour to licensees without scruples which will cause the dissatisfaction of the population.

His successor, the Prince Florestan I, abrogates the monopoly, but it is too late, now. With plebiscite managed by Savoy and France, Roquebrune and Menton, which belonged to the Principality, go under French rule. 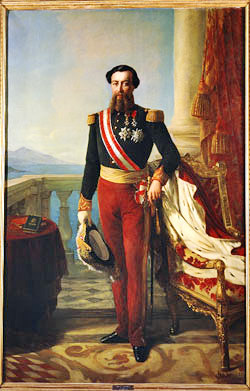 The Prince Charles III, who succeeds to the throne, gets a territory reduced of nine tenths and with only 1.143 inhabitants. 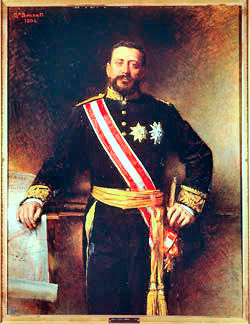 In exchange of this, by formally renouncing to his rights, he obtains from Napoleon III four millions of Francs, a carriage road Nice-Monaco, and the railway Nice-Monaco-Genoa, allowing the rich European tourists to easily reach the new ward of Monte Carlo, born in record time, with villas, gardens and a Casino on the “plateau des “Spélugues”, where before there was only brushwood and, as the name suggests, some grottoes utilized by the shepherds. Monte Carlo becomes in short time synonym of elegance, feasts, displays, cultural and sporting events. The direct taxes are abolished. The prince mints golden coins, and can emit the first stamps.

The recent history is known to everybody, with its extraordinary geographic researches and scientific discoveries of Prince Albert I, not to talk of the cultural, economic and social development continued by the Prince Louis II, who creates, among other things, the broadcasting station of Radio Monte Carlo and the motor Grand Prix of Monaco.

Upon his demise, in 1949, Prince Rainier III takes over. 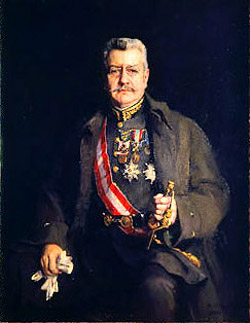 He is only 26 years old, and his rule will be one of the most important in the history of Monaco. 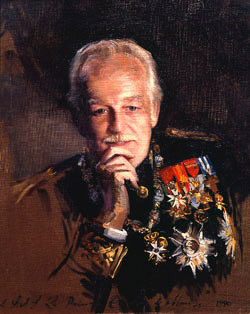 Called also the “Building Prince”, is able to extend by one fifth the Principality with the areas taken from the sea.

Create the beach of Larvotto, the modern ward of Fontvieille, the floating pier which allows the berthing of the huge cruise vessels, and all a series of buildings devoted to events, conventions, and international meetings, such as the recent Grimaldi Forum.

Monaco adheres to all great international bodies, and close to the tourism and the hotel activity, the bank activities and the building trade develop in an impressive manner.

Beside him, the unforgettable Princess Grace will render the Principality known overseas with the marriage of the century.

Almost like a “Foreign Affairs Minister”, she will contribute with her charisma and charm to the image of the Principality, helping her husband in the difficult decisions, without forgetting the charity and humanitarian works, and her role of mother.

Ascended to the throne on April 6th 2005, His Highness the Prince Albert II continues on the traces of his father, whom he sided since 1984 in the management of the state affairs. Like his great-grandfather, the Prince Albert I, he displays a sincere interest for the nature. 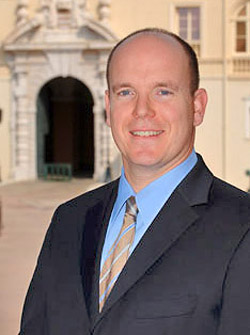 He has personally gone to the North and South Poles, for realizing personally the degradations related to the increase of the temperatures and to the global pollution, and to the Tropics for endangered forests and species, without forgetting the humanitarian missions.

In connexion to this, on 2006, he has created the Prince Albert II de Monaco Foundation which acts for the protection of the biodiversity and the problems related to the climate changes and the lack of water.

In the photos which follow, together with the geography of the Principality, you will discover several aspects of the Monegasque life, of its cultural, artistic and historic heritage. Many of them are incredible panoramic views covering 180° and more, obtained sticking together, by computer, numerous shots.

This long page, currently with more than 300 images, isn’t finished yet and it is constantly being updated. Not long from now you’ll see the images of the titanic expansion over the sea at Larvotto.

The geography of Monaco is in constant, fast change and you’ll be able to follow it along with the growth of this, our nature encyclopedia.

At the bottom we have also left room for the “Belle Époque” postcards.

The Monegasque Anthem played by the Prince’s Carbineers brass-band