Twilight and night views of the Principality of Monaco

Overview of the new Princess Grace Rose Garden in Monaco 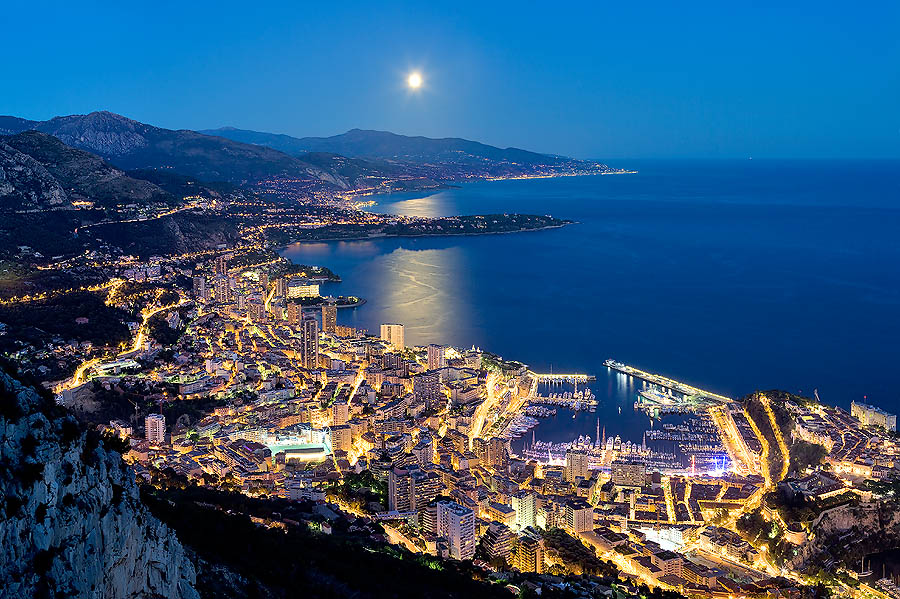 Moonrise from the mountains embracing, like in a huge scenery, the Principality of Monaco 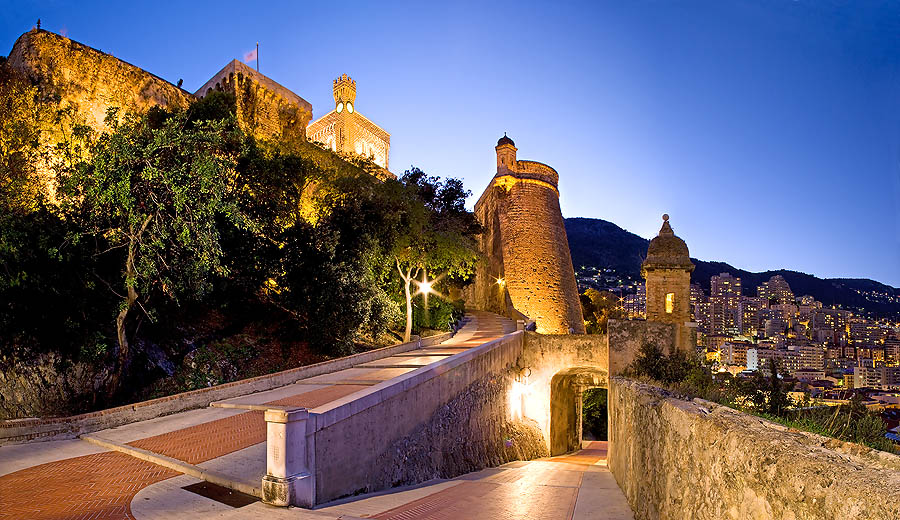 Monaco-Ville: the “Rampe Major” with the “Oreillon Tower”, impressive fortifications built in the XVII century under the rule of Prince Antoine I 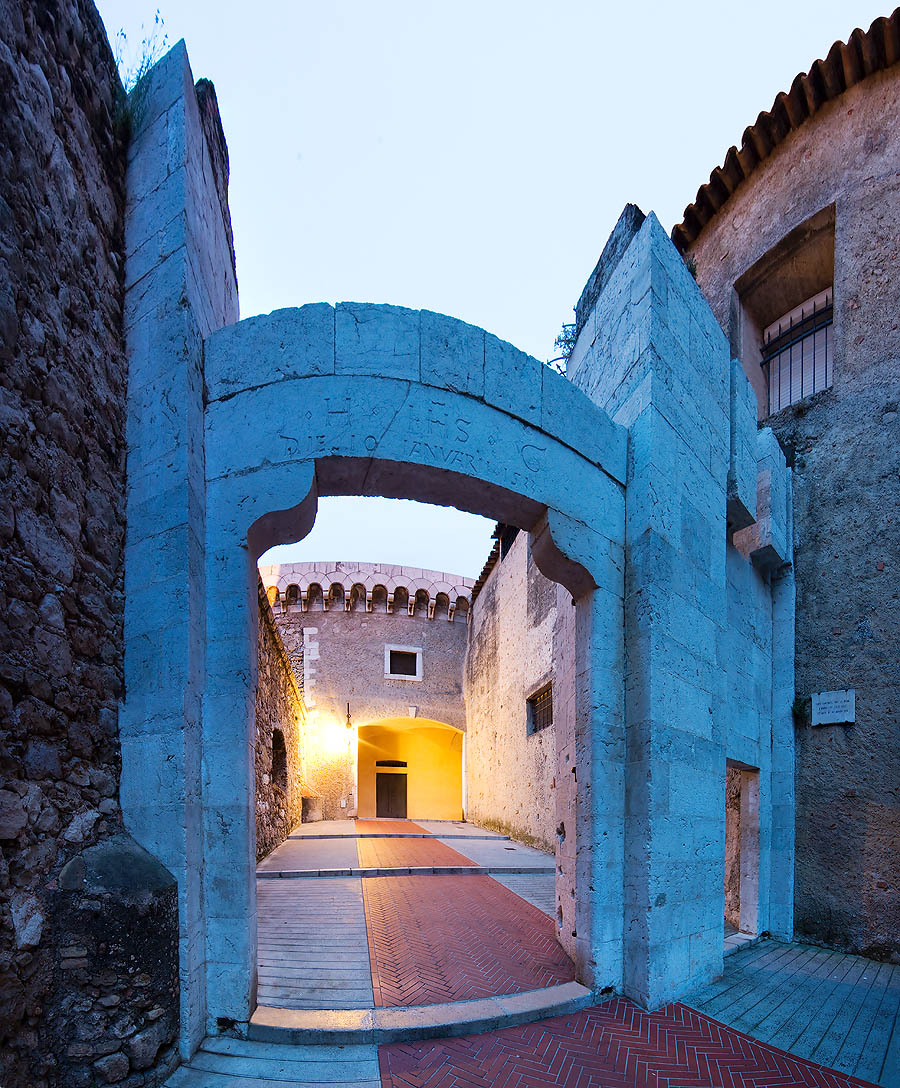 Monaco-Ville: gate, called “La Major”, built on January 10th, 1533 under the rule of Honoré I, son of Lucien Grimaldi, successor to Augustin Grimaldi on 1532. At the time of the latter’s demise, he was only 10 and the regency was given to Etienne Grimaldi, called “Le Gubernant”, from whom the initials H and G on the architrave. 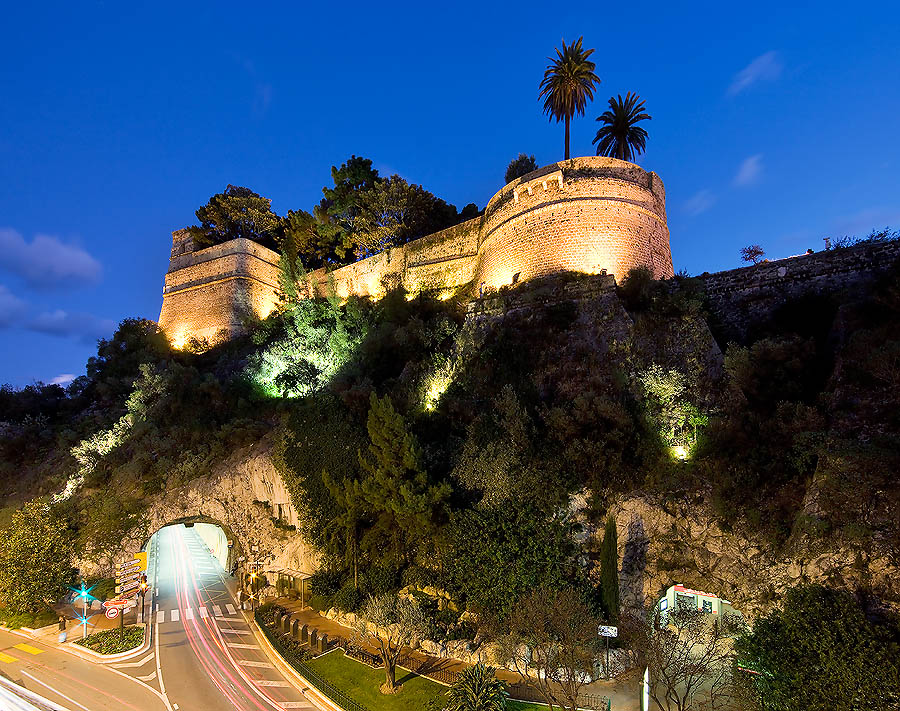 The “Serravalle Bastion” and “All Saints’ Tower”, with their numerous pillboxes, were, since the XVI century, essential fortifications for the defence of the Rock of Monaco. 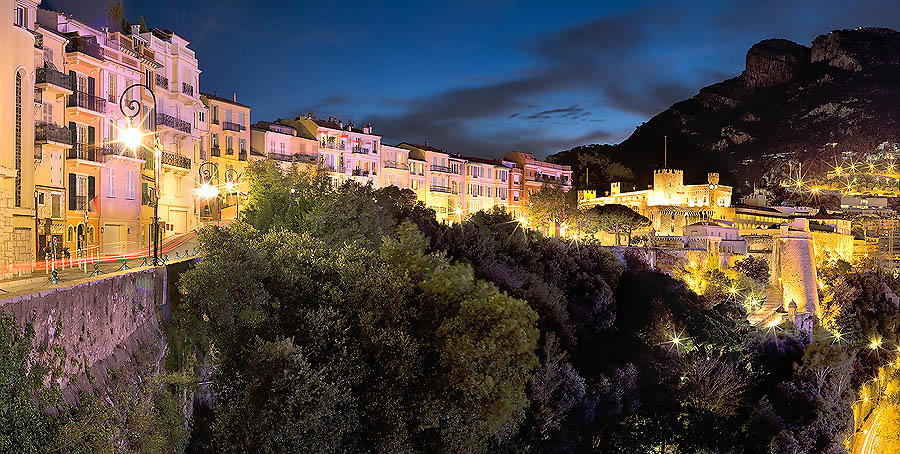 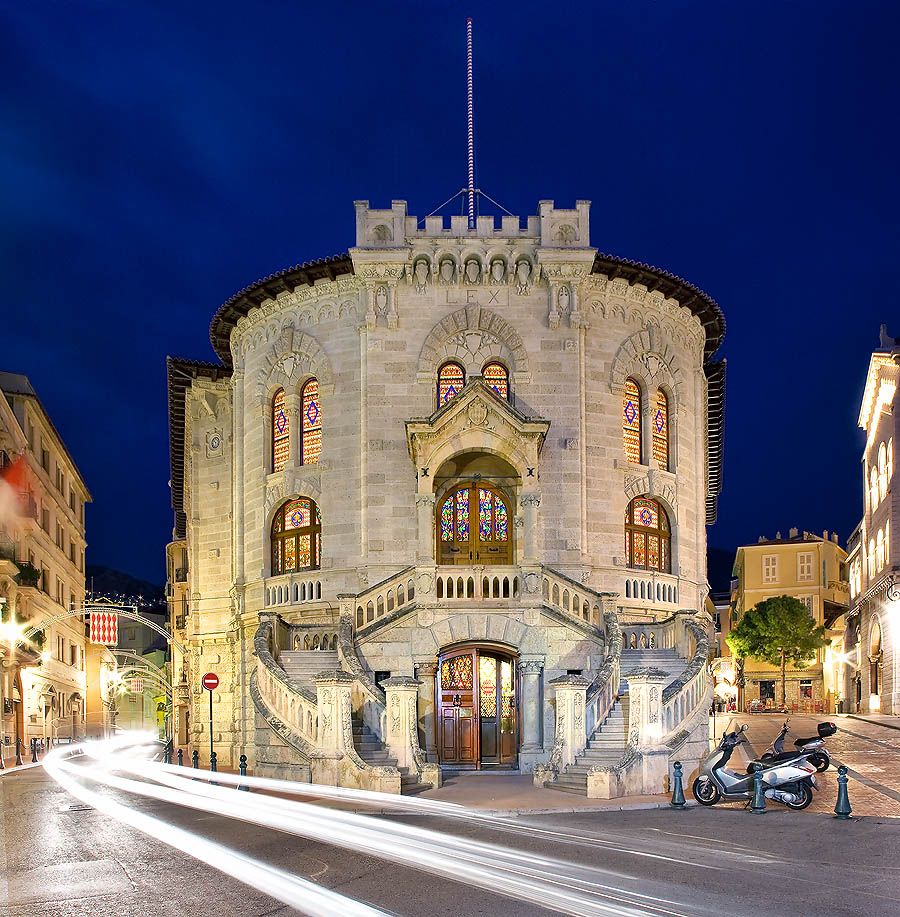 Inaugurated in 1930, under the rule of Prince Louis II, the Monaco Hall of Justice, built in solid sea tufa, is inspired by the Gothic Florentine mansions. 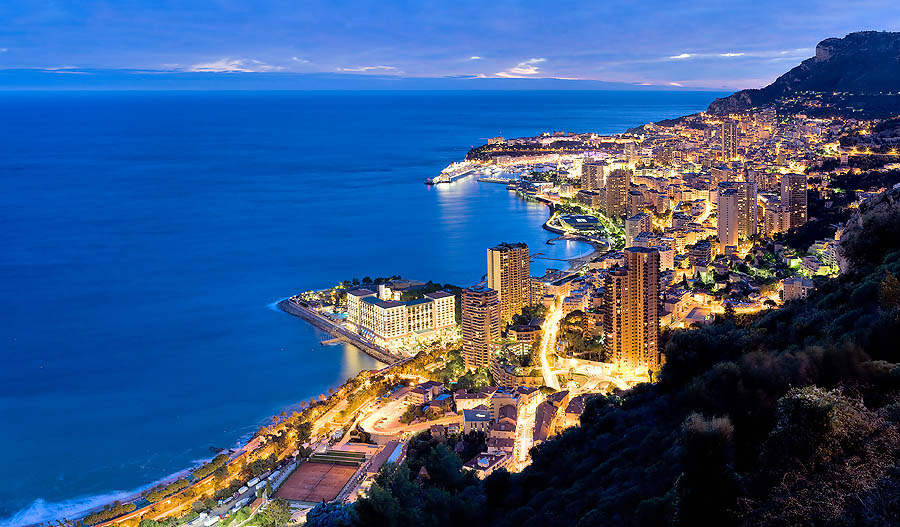 By dusk, the Rock of Monaco and Fontvieille dress with ephemeral colours, between the pink of the sunset and the blue of the sea.

Monaco: the Stamps and Coins Museum and the Commercial Centre of Fontvieille

Monte Carlo: the Casino square with its typical round flower-bed, universally known as “Camembert”, mantles with the night lights.

Monte Carlo: the lights of the city as soon as the sun has disappeared behind the Tête de Chien 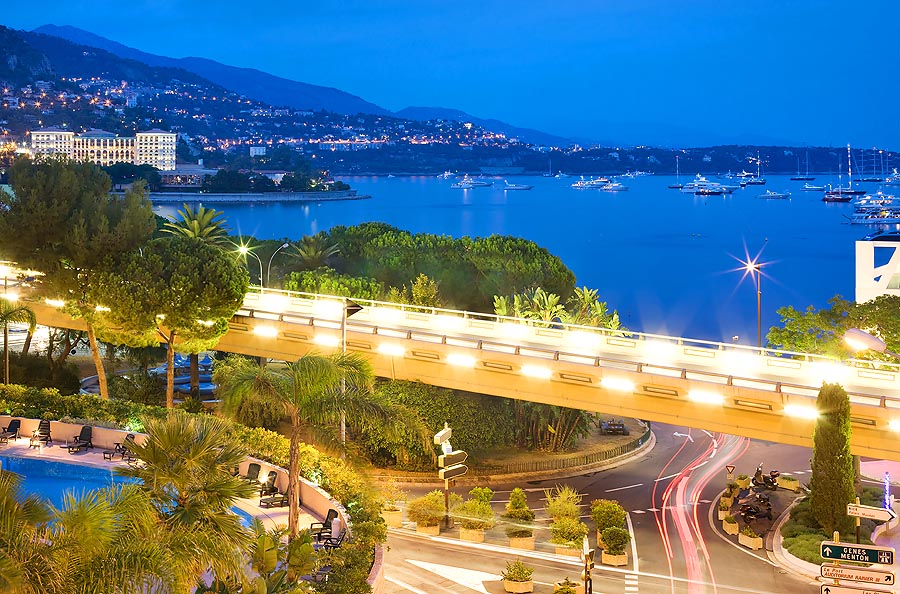 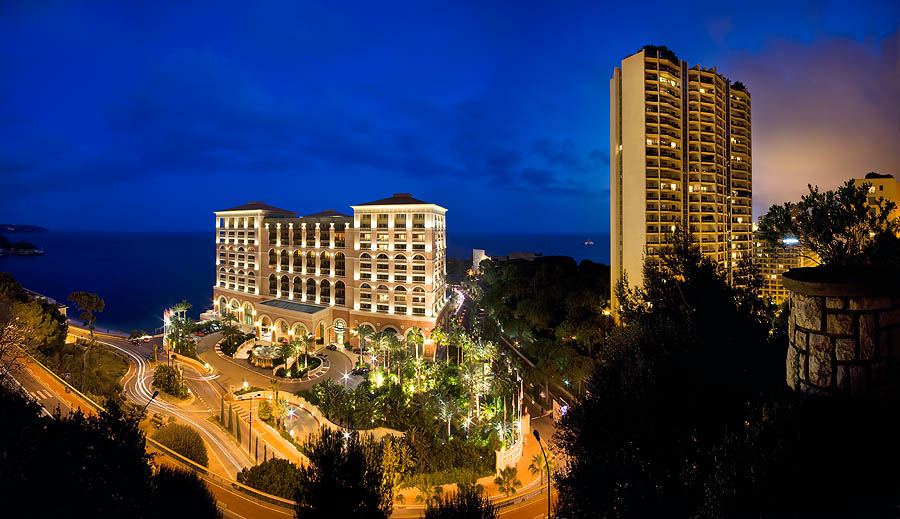 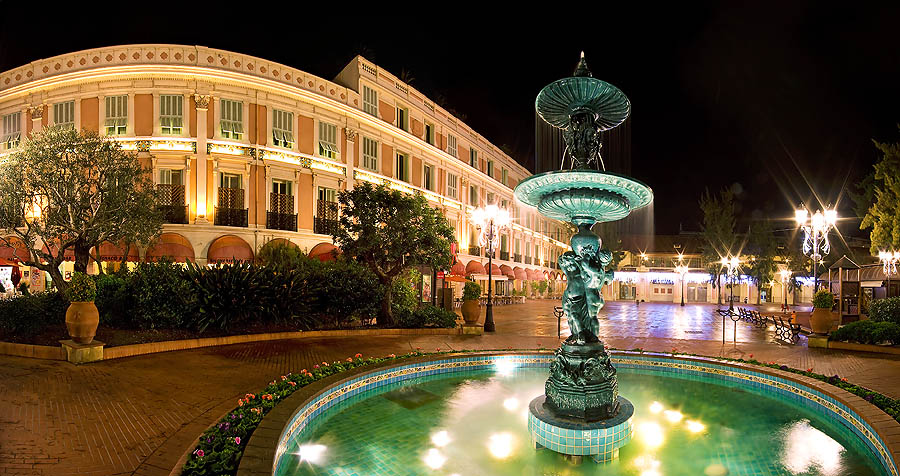 Monaco: old houses, arcades and the fountain of Place d’Armes, enlightened during the night 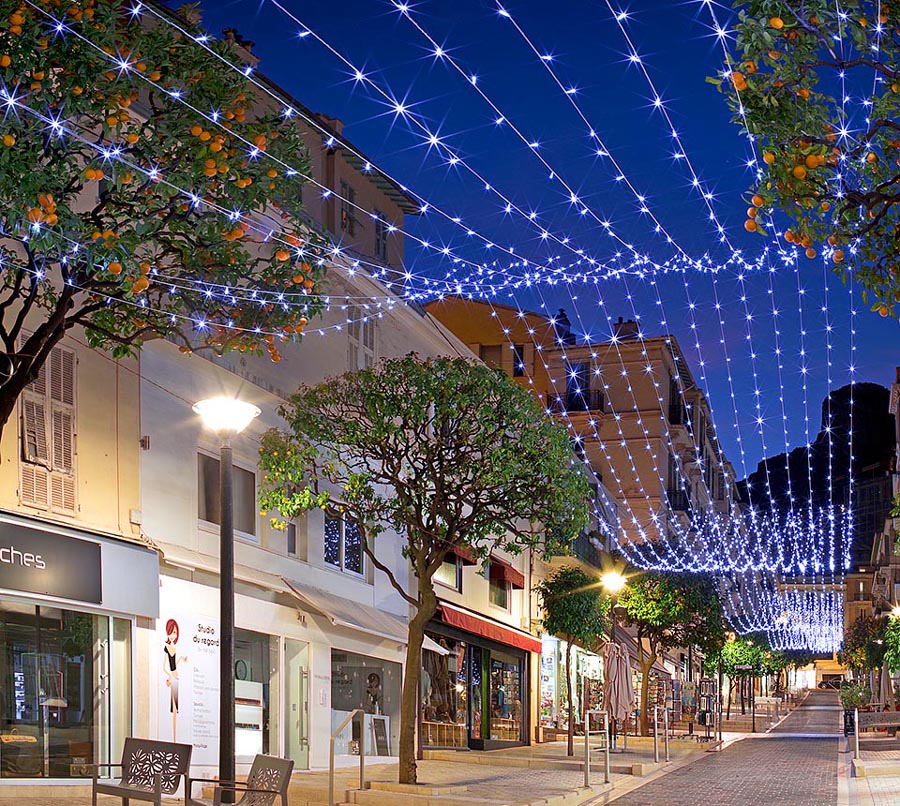 Suggestive night view from the Mont Agel. The cruise vessels, joyfully illuminated, merge with the stream of lights of the Principality of Monaco. 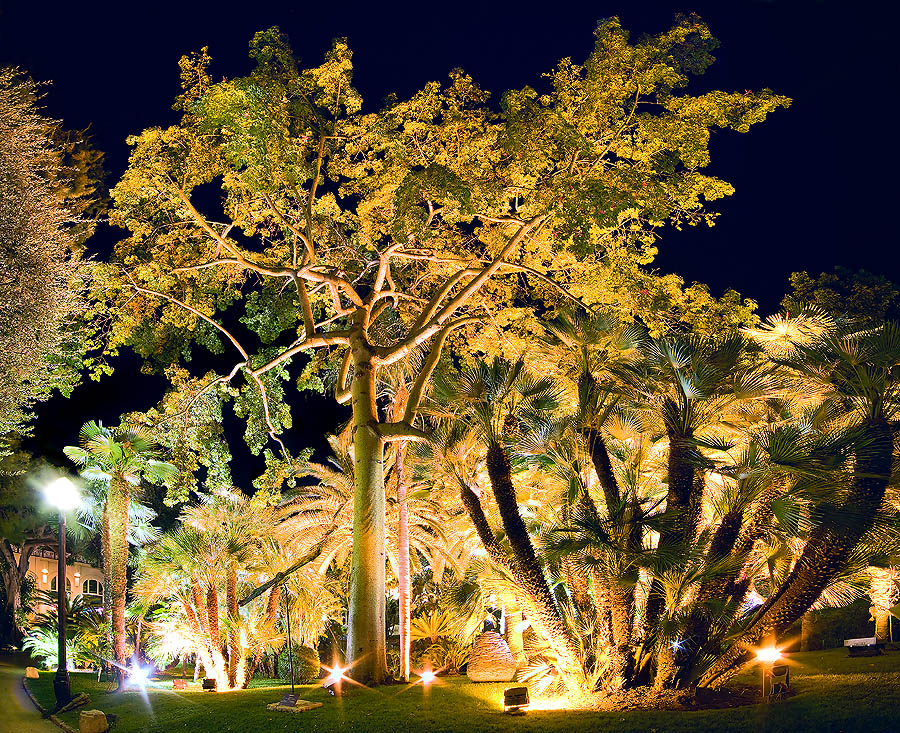 A theatrical “Little Africa”, in the suggestive night illumination of the Monte Carlo Casino Gardens. On the stage, a solemn Ceiba speciosa and a big tuft of Chamaerops humilis.

Monte Carlo: night view of the gardens and the Casino square 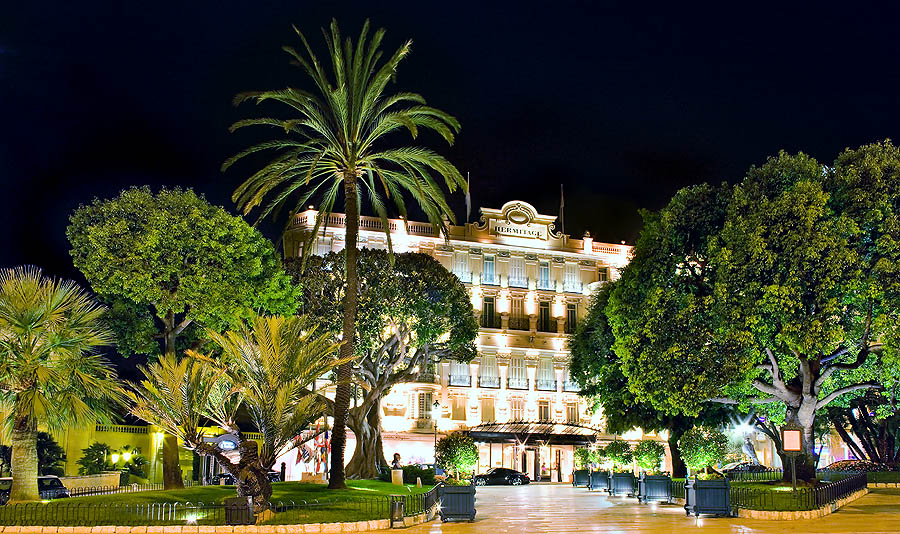 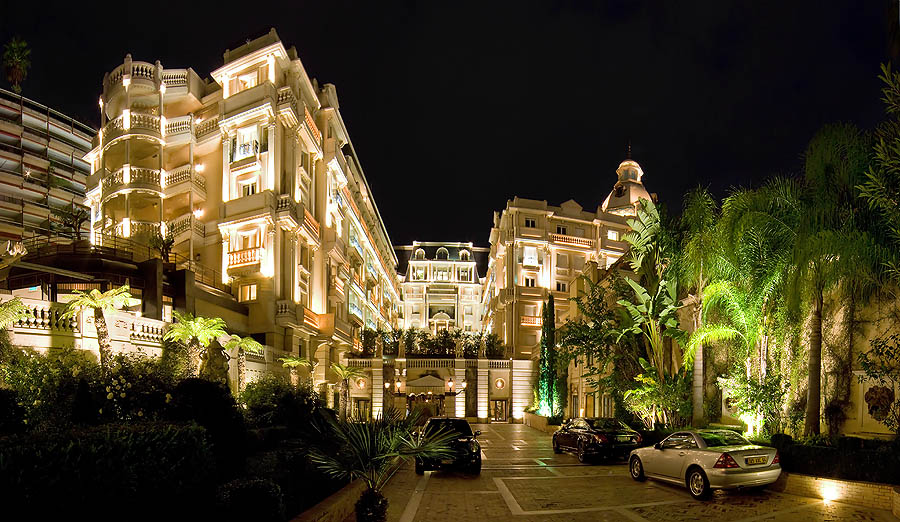 Created in 1889 by a British company, the Hotel Métropole of Monte Carlo had been demolished due to its ancientness and then accurately rebuilt after the original drawings. 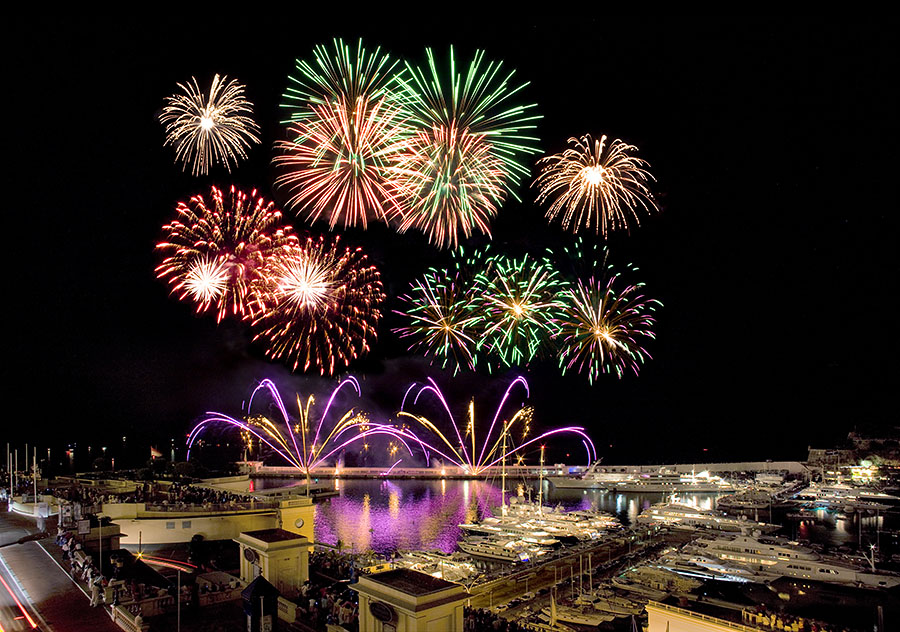 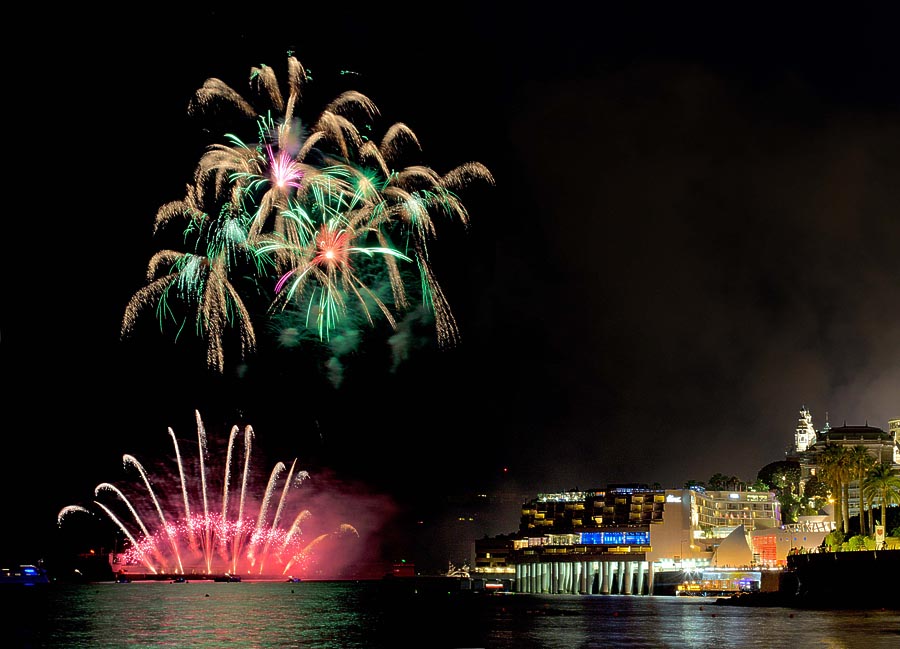 Fireworks seen from the Larvotto seaside

Monaco: the Palace and the city sparkling on occasion of the National Holiday

Monaco: the multicoloured fair of the Condamine on occasion of the Monégasque National Holiday