Condamine, Moneghetti and Saint Roman are districts of the Principality of Monaco

Monaco-Ville, the Condamine and Monte Carlo are important wards of the Principality of Monaco 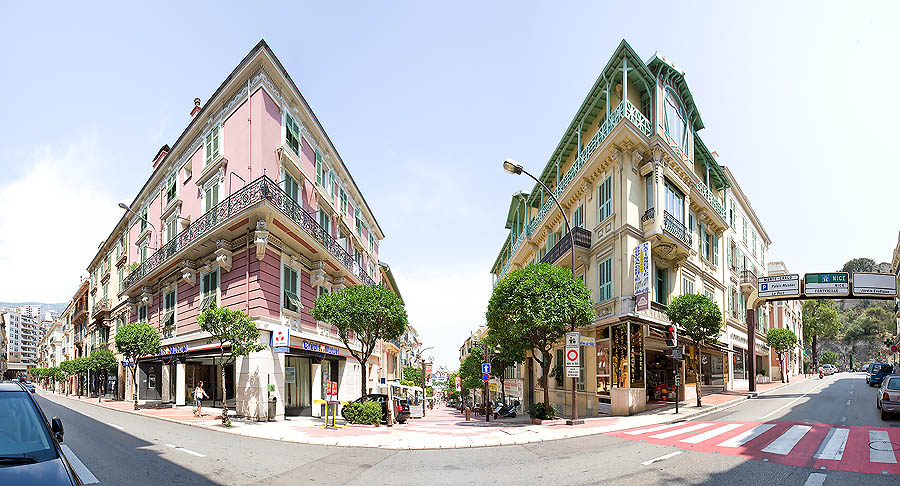 Monaco: the ward of the Condamine with Rue Grimaldi and Princesse Caroline pedestrians’ street 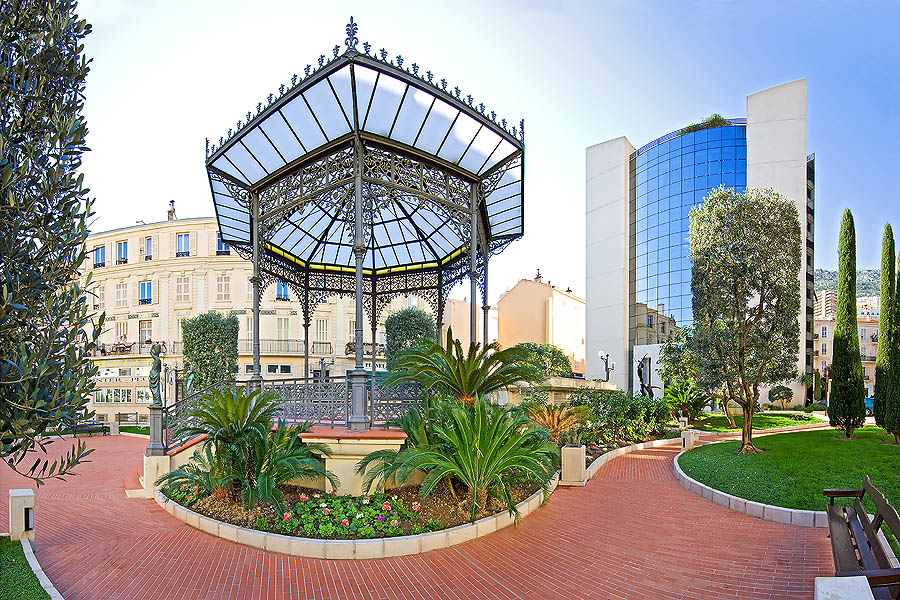 Monaco: Gastaud Square is the heart of the ward of the Condamine. At the centre, a Belle Époque bandstand, still utilized in summer, for open air concerts.

Monaco: the market of Place d’Armes, and the arcades of the Condamine 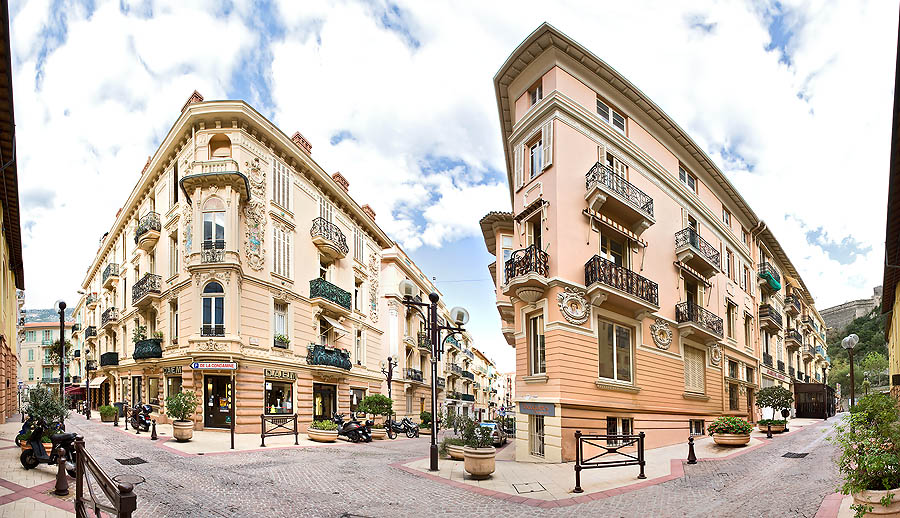 Monaco: time seems having stopped in Rue Terrazzani and in Rue of Açores, in Condamine. Old façades ornated by precious ceramics remind us the rich bourgeoisie of the Belle Époque.

Monaco: the Condamine. The astonishing ceramics of the five continents ladies of Rue Terrazzani. 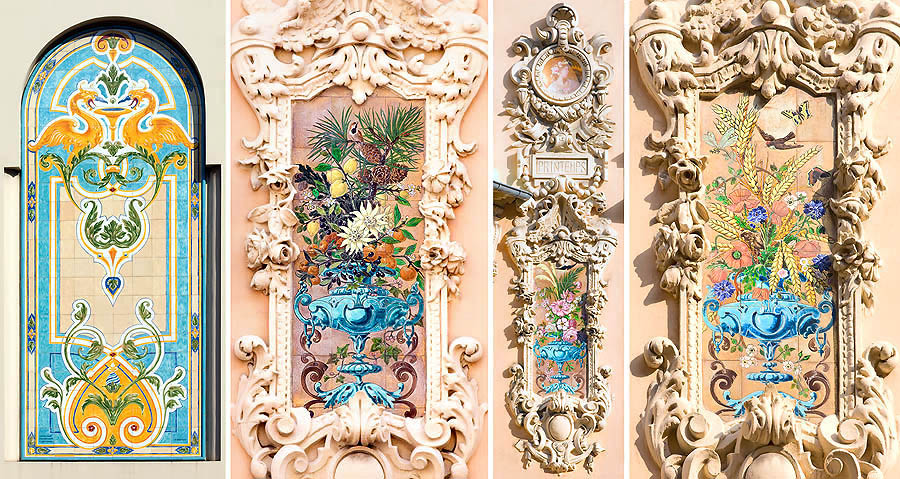 Monaco: Belle Époque ceramics on a side of the Café de Paris and in Rue des Açores 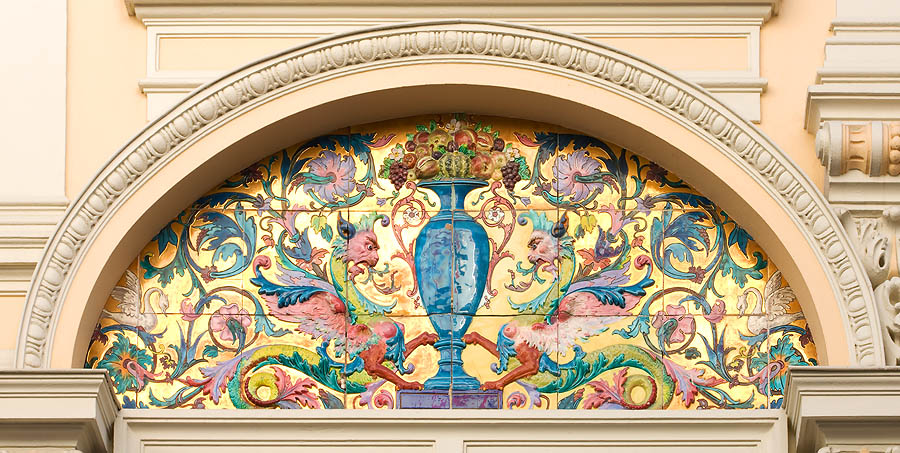 Another Belle Époque decoration in Avenue de Grande Bretagne. At the Universal Exposition of Vienna, in 1873, Monaco was remarked for its ceramics, introduced by Mrs. Marie Blanc , wife of the Casino director. Actually, they had been made in the Pyrenees, not in Monaco, by the ceramics maker Fischer. The success was such, that he was called in Monaco to direct the “Monte Carlo Artistic Ceramics Factory”.

Monaco: Saint Devote valley and the exit from the Underground Train Station

Monaco: railway tracks under a vault of stars in the underground Train Station

Monaco: starting from the underground station, conveyor-belts, through marble passages, and public elevators, rapidly convey people from one side to the other of the city.

The Principality of Monaco seen from the floating pier

The Port d’Hercule in occasion of the Monaco Yacht Show 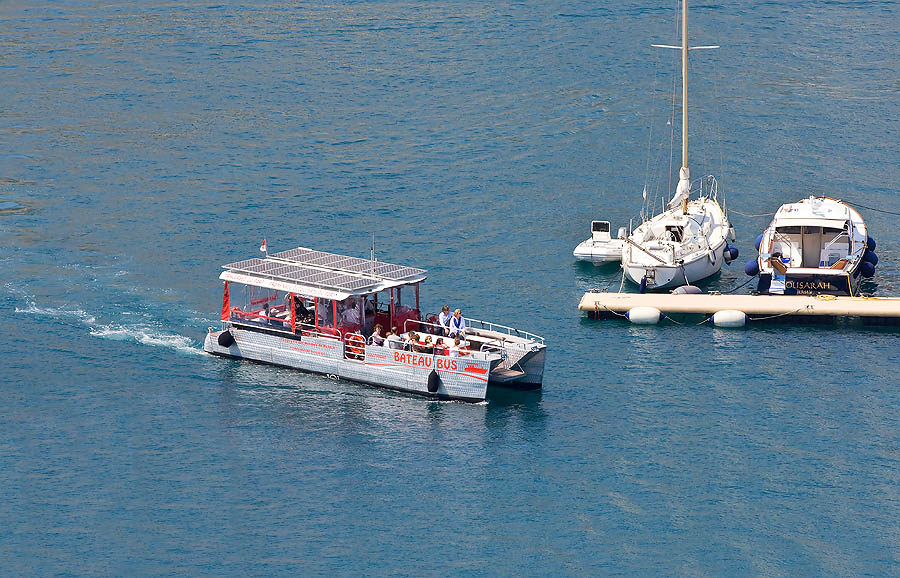 Perfectly ecologic, with zero emissions thanks to its solar panels placed on the top, the “Bateau Bus” crosses, continuously, the port of Monaco integrating the city buses service.

Monaco: sailing school for children in the Port Hercule 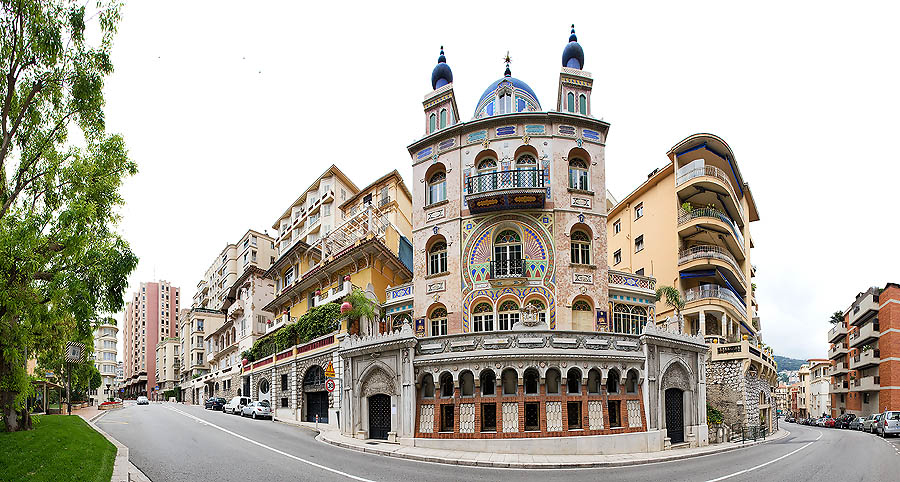 Monaco: he ward of Moneghetti, with a Persian-style house, the Danichgah Villa, built during the Belle Époque by the ambassador Mirza Riza Khan

Monaco: Saint-Roman ward and the boundary, with the church bearing the same name, in France