Larvotto district. Beaches and extension into the sea of the Principality of Monaco 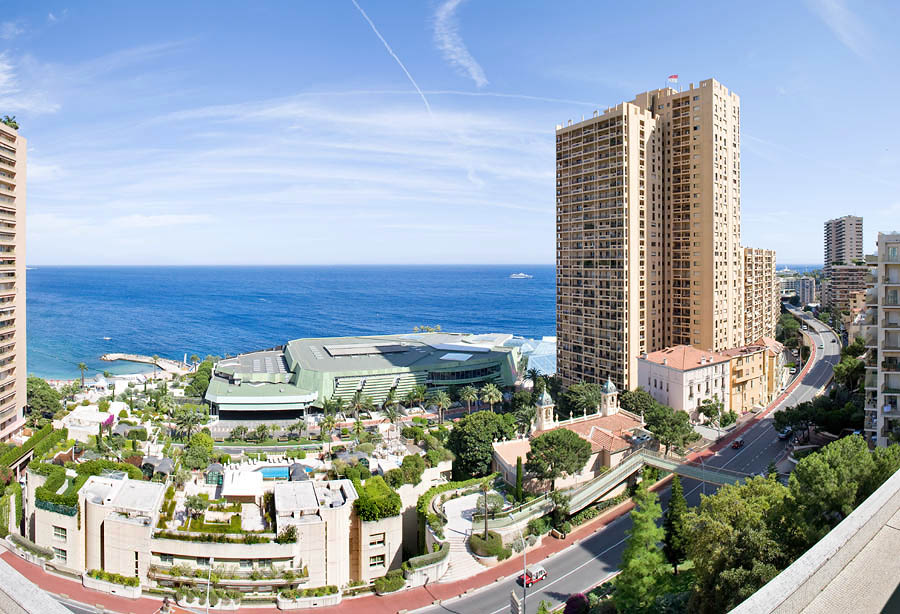 Monte Carlo: the Larvotto sea promenade, the Fairmont Hôtel with the Casino and the Nibox, and a cruise vessel alongside the floating berth of the Port Hercule.

The Larvotto seaside promenade. Some tourists are comparing the size of their feet with those impressed on the ground of the “Champions Promenade”. 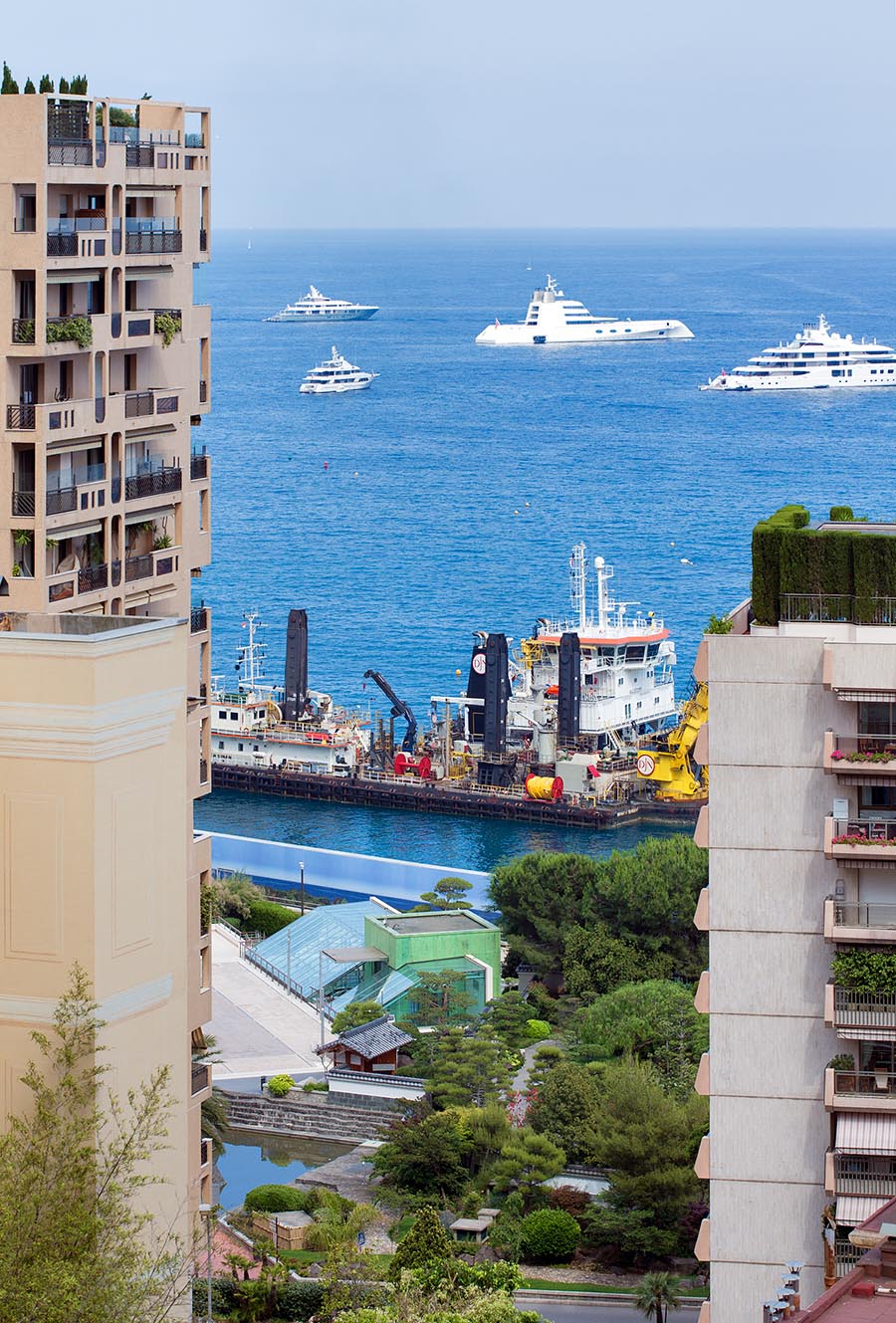 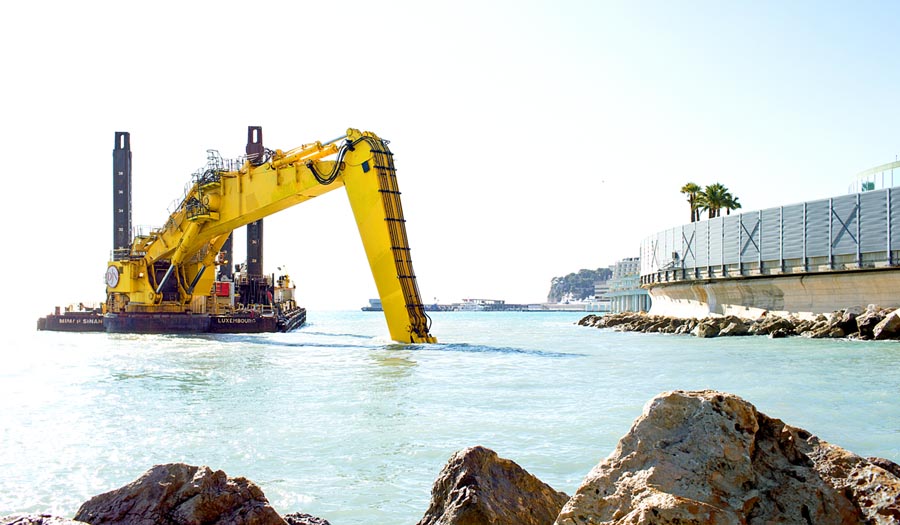 The cleaning operations have begun after the drills in the first months of 2018. The mud is taken off without polluting 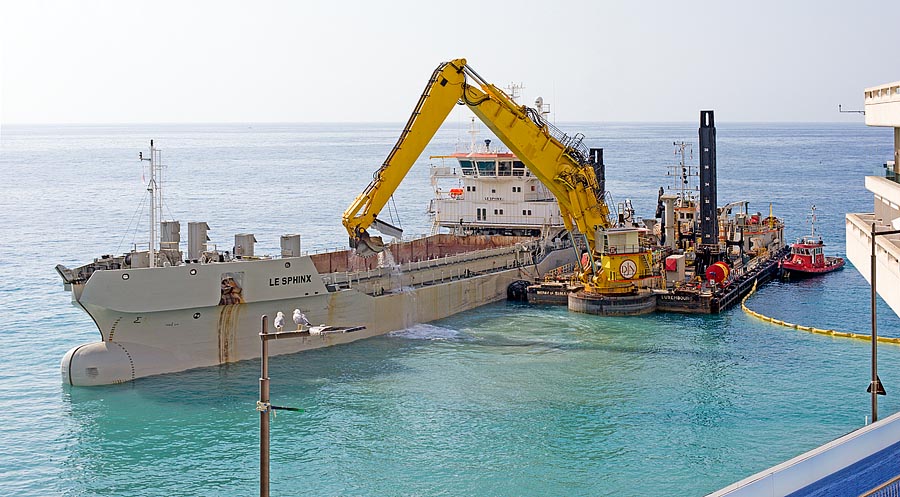 Under the watchful and bewildered eye of the seagulls, the bottom is cleaned up to the rock to create a solid platform in cement where to sink the giant caissons that will surround, consolidating it, the extension into the sea. 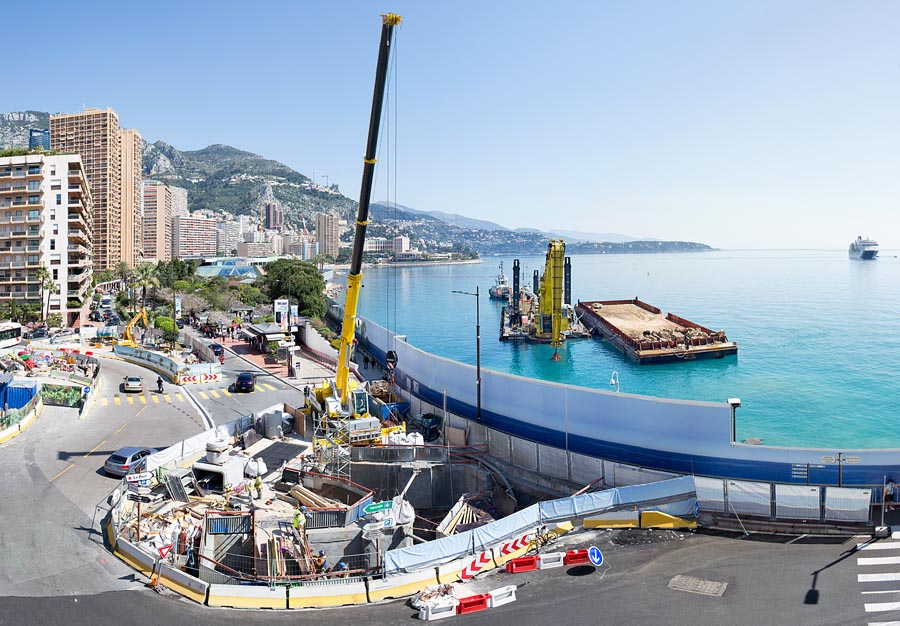 In parallel, along the coastline, a parking is built with underground connections 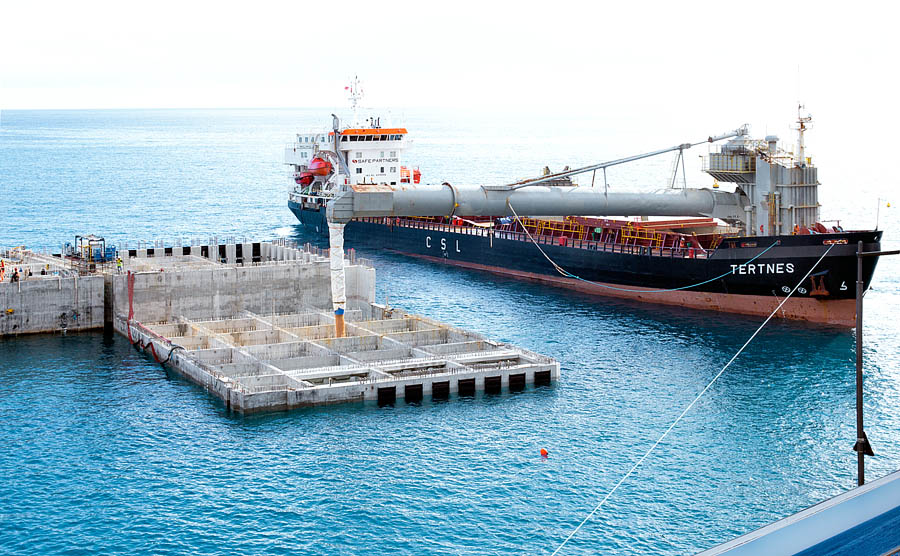 Full of gravel, they weigh 22.000 t and create a solid belt of reinforced concrete

Two ships with long booms passing over the belt, alternate for filling up unabatedly the basin 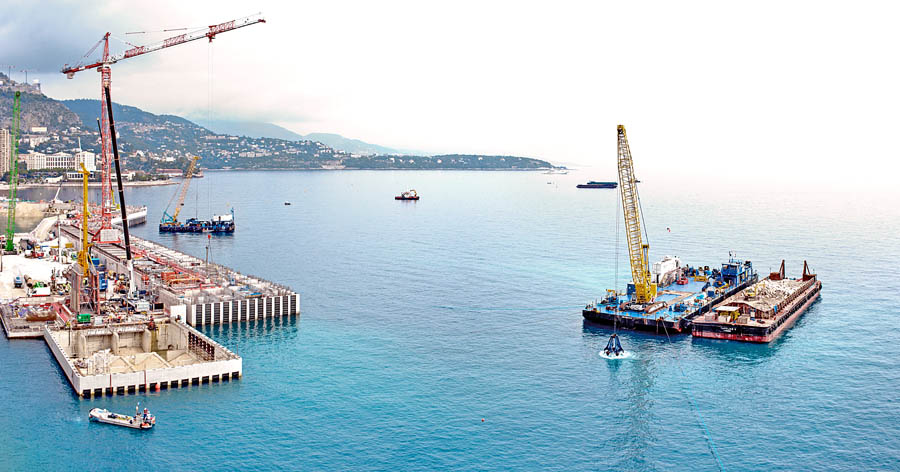 Outside, the consolidating boulders are put in position one by one, under the control of divers

By mid December the filling up is over: the area of the Principality of Monaco has increased of six hectares 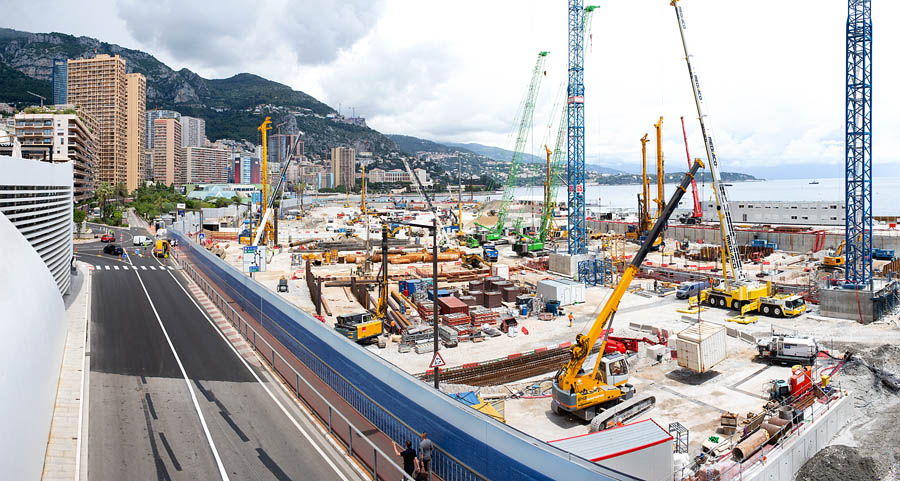 Five months later the building is in full activity: the room for moving is almost absent 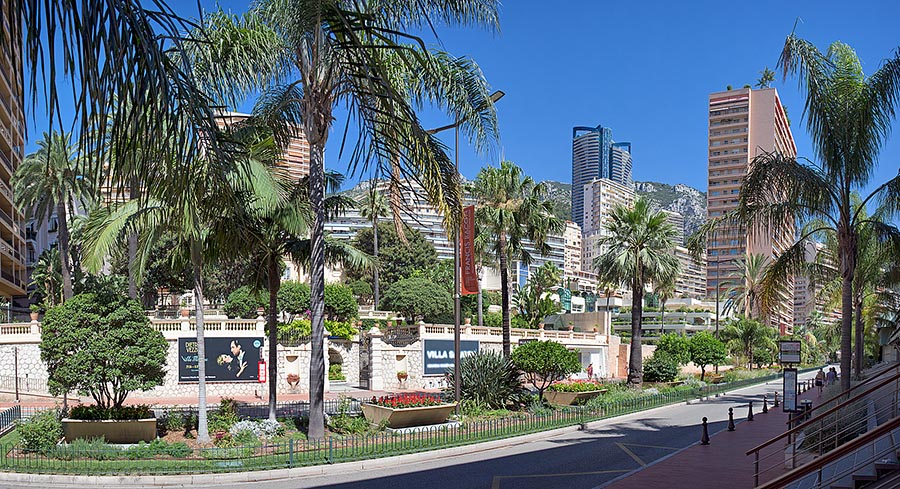 The Sporting and the Larvotto, seen from the Monte Carlo Bay Hotel

Restaurants along the beach of Larvotto

Beach life at Larvotto with background of skyscrapers

Larvotto grotto and Vaulabelle source. Pluvial water, which falls down from the stalactites, forms an underground pond, just over the sea level and is intercepted by Monaco aqueduct before getting mixed with brackish water.
Other enlargeable panoramic views of the Principality of Monaco
Larvotto district. Beaches, extension into the sea; Principality of Monaco was last modified: November 10th, 2022 by Nacho