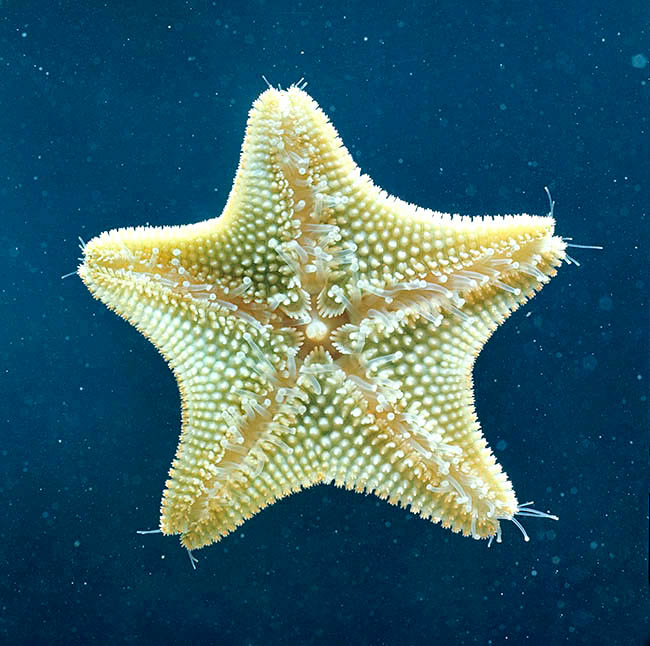 Starlet cushion star (Asterina gibbosa) is a marine starfish present in the Mediterranean and adjacent Atlantic up to the Azores and the North Sea. It has short arms and inflated and shaggy back due to the presence of small spines. The very variable colour can be pale yellow, brown, greenish, grey or ochre. It usually measures, open arms, 5 cm with a record of 7 cm. Active by night, spends the day hidden under the pebbles or ravines at small depths, but it can be met also in the submerged prairies and can go down up to 100 m. It nourishes of the thin pellicule of diatoms and bacteria covering the rocks, but also of worms, molluscs, ophiures and dead animals. It is an hermaphroditic species that during the first 4 years of life is male, then bisexual and finally female. The larvae are not planktonic. They develop inside the eggs fixed to the rocks and the young get out already formed in the time of just 16-21 days © Giuseppe Mazza

→ To appreciate the biodiversity within the ECHINODERMS please click here.