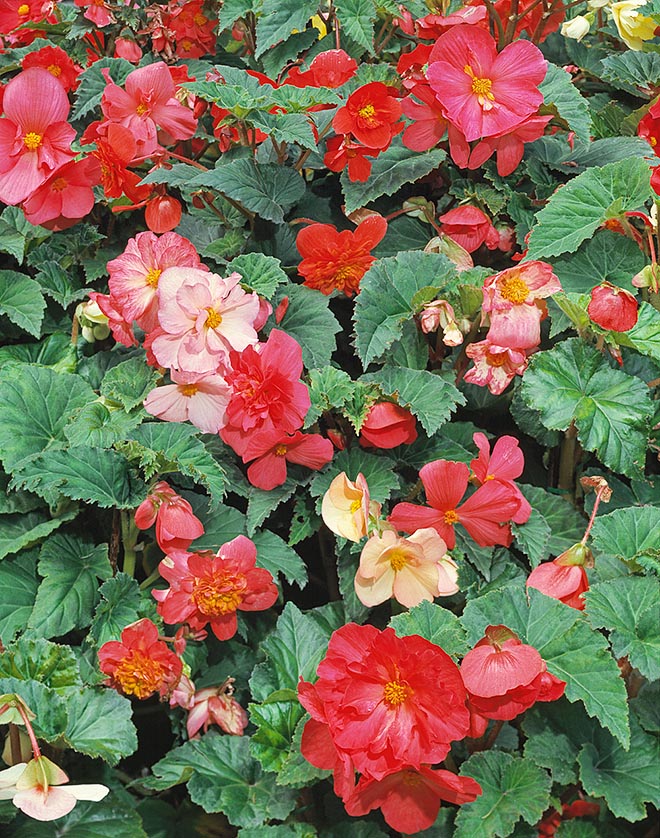 The Begonia × tuberhybrida Voss (1894) are hybrids of horticultural origin (B. boliviensis × B. pearcei × B. veitchii), of plants with tuberous roots native to the mountain zones of Bolivia, north-western Argentina and Peru, characterized by moderate day-time and fresh during the night temperatures, without sudden variations.

The genus is honoured to the French naturalist and collector Michel Begon (1638-1710), who was governor of the Caribbean French colonies; the name of the hybrid is the combination of the Latin words “tuber” = prominence, hump, and “hibrida” = hybrid, with reference to the tuberous roots.

Perennial, tuberous, herbaceous plant, 20-60 cm tall, with erect or hanging appearance, they have alternate, cordate, simple leaves with lobed or indented margins and sharp apex, 5-15 cm long and of a green or green bronze-shaded colour.

The inflorescences are bisexual, formed by a double, showy, male flower, with a diameter up to 15 cm, and two simple female flowers, smaller on the sides (usually eliminated in cultivation, if not interesting for the production of seeds, in favour of the male ones), in an ample variety of forms and colours, but the blue.

These hybrids are long-day (they blossom when the daylight lasts more than twelve hours), and are dormant in the winter period. 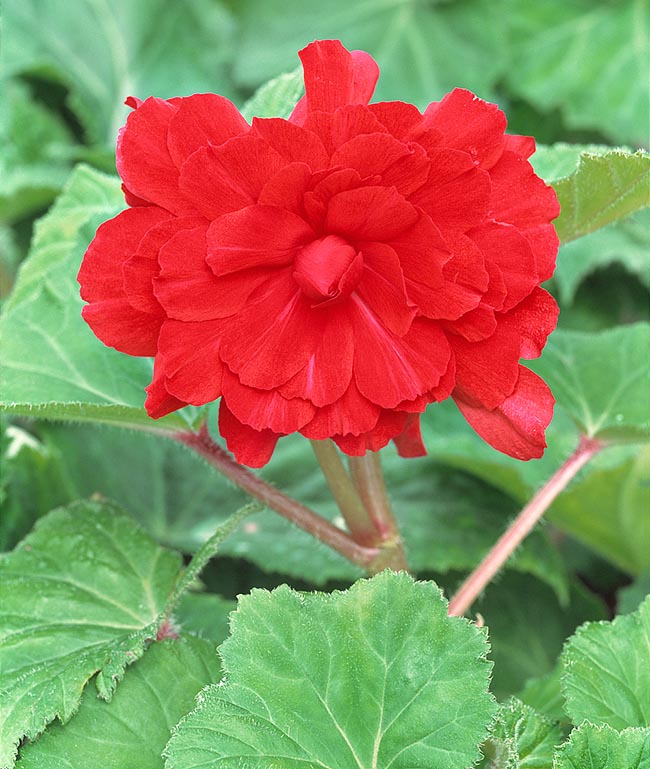 They reproduce by seed and by cutting in spring, which will form a tuber the following year; the tubers can be divided in such a way that each part holds at least one bud, the cut is to be sprinkled with fungicide in order to prevent rottenness and is to be kept drying up for some days before interring them.

Hybrids exist in a great variety of forms and colours, suitable for realizing either flower-beds in blossom and borders, or cultivations in pot or in suspended baskets, for the hanging plants.

Cultivable practically in whatever climate, going to rest in winter, having care to take off the tubers from the ground, when, in late autumn, the have lost the aerial part, and to keep them, once taken off the roots, residues of vegetation and of loam, in the darkness in an inert and dry material, with a temperature of about 10-15°C.

By winter ending, the are to be placed, with the concave part upwards, at a depth equal to the thickness of the tuber, in a porous, well drained, substratum, with tendency to be acidic, and rich of organic substance.

When in tropical and subtropical climates, they can be left in the loam, provided it remains dry during the dormancy period.

During the vegetative period, they require slight shade or filtered sun, in cool or moderately humid location, as they do not bear both high temperatures and stagnating humidity, as well as too dry air.

Watering must be regular in order to keep the substratum humid, but without dangerous stagnations, the fertilizations too, but keeping in mind that their excess can cause the fall of the buds. It may be necessary to prepare the proper supports for holding up the heavy flowers in the hybrids with erect standing. 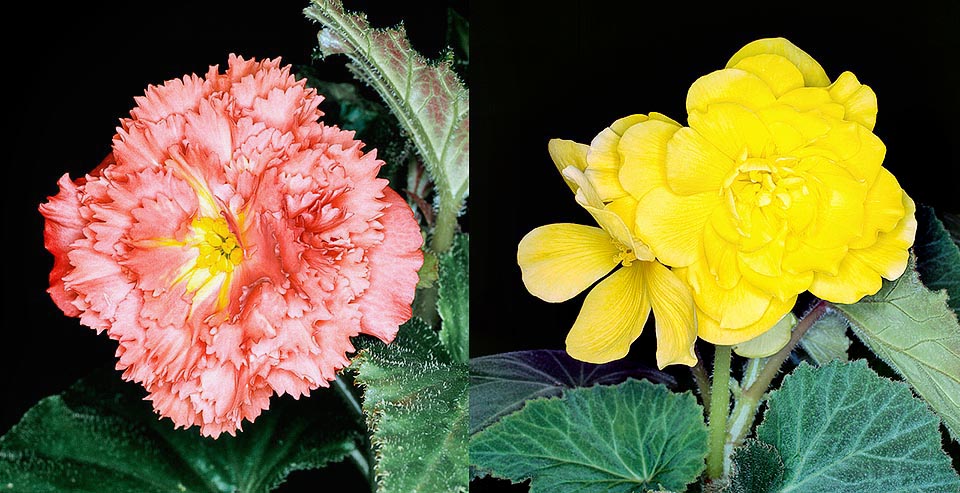 They are long-day hybrids that bloom only when the daylight exceeds the twelve hours, and are dormant in the winter period © Giuseppe Mazza