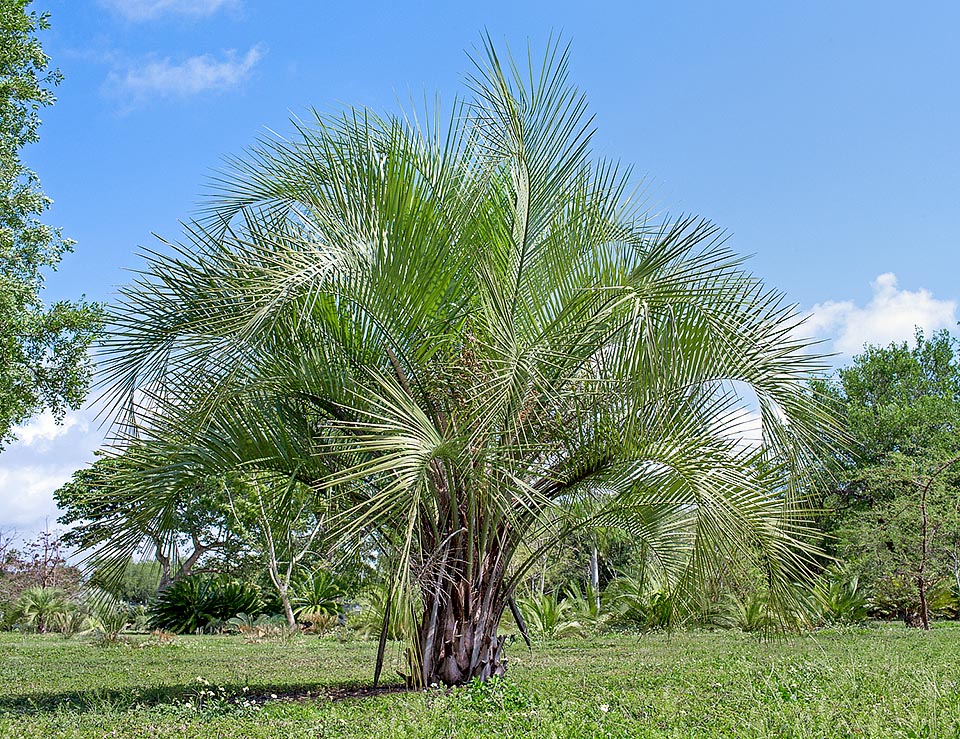 Butia noblickii is native to Argentina where it grows along the Uruguay river in a long and narrow area characterized by subtropical humid climate with almost constant rainfall over the year. Elegant highly arcuate 2-2,6 m leaves with leaflets forming a V in the upper part of the rachis. Solitary stem 2-8 m high © Giuseppe Mazza

The species is native to Argentina (Corrientes) where it grows in a limited area, long and narrow, along the river Uruguay up to about 500 m of altitude.

The generic term comes from the Portuguese diction of the Brazilian vernacular name of a palm that means “spiny”, “toothed”, with reference to the spines present on the petioles; the species is dedicated to the American botanist Larry Roland Noblick (1948) who has described several species of Arecaceae and who had hypothesized, studying herbarium specimens of Butia yatay coming from the province of Corrientes, to be concerning a distinct species not described. 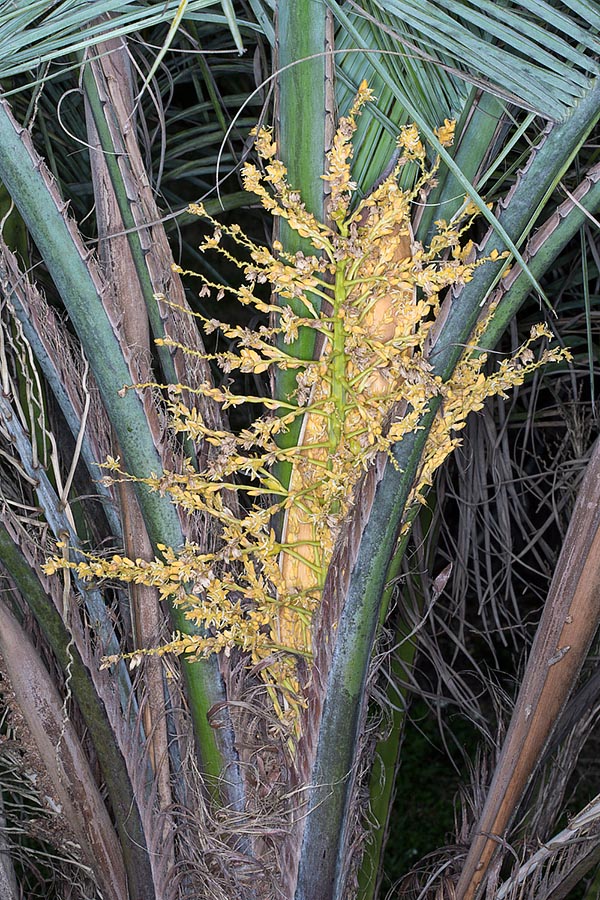 The Butia noblickii Deble, Marchiori, F.S.Alves & A.S.Oliveira (2012) is a 2-8 m tall species with solitary stem, of 30-40 cm of diameter with enlarged base, of greyish colour and mostly covered by the decaying foliar bases of which remains trace also in the oldest parts.

The leaves are pinnate, highly arcuate, 2-2,6 m long, with pseudo petiole provided on the margins of lignified fibres and leaflets, in the median part about 70 cm long and 2 cm broad, arranged almost regularly along the rachis to form a V, of pale green colour above, grey-green below and covered by a thin waxy patina.

Inflorescences between the leaves (interfoliar), about 70 cm long, with ramification of the first order, initially enclosed in an oblong-lanceolate spathe of green colour tending to purple at the moment of the opening. Unisexual yellow flowers arranged in triad (one female flower between two male ones) excepting the terminal part where are present only male flowers.

Species confused with the Butia yatay until 2012, from which distinguishes for the smaller size of all the parts of the plant, including the female flowers (about 0,8 x 0,7 cm vs. 1,2 x 0,7 cm), practically unknown in cultivation until when the publication of its description has aroused the interest of botanists and collectors.

Even if present on 2012 with a fairly high number of individuals, due to the limited origin area and the growing expansion of agriculture, the risk of extinction has revealed immediately evident, consequently the Argentinian organization for the conservation of nature “Fundación Hábitat & Desarrollo” has begun promptly actions bound to sensibilize the local populations in order to concile economic development and preservation of the species.

The Butia noblickii grows in an area characterized by subtropical humid climate with a rainfall almost constant all over the year, annual average around the 1300 mm, with slightly lower values in winter (June-August).The average annual temperature is a little over the 20 °C with an average value during the coldest month (July) of about 14 °C; the absolute minimum temperature reported in the zone has been a little less than -4 °C. The soil is mainly sandy, perfectly draining, acidic and rich of minerals, in particular iron. These characteristics, climatic and of the soil may given useful indications for its cultivation out from the origin areas. 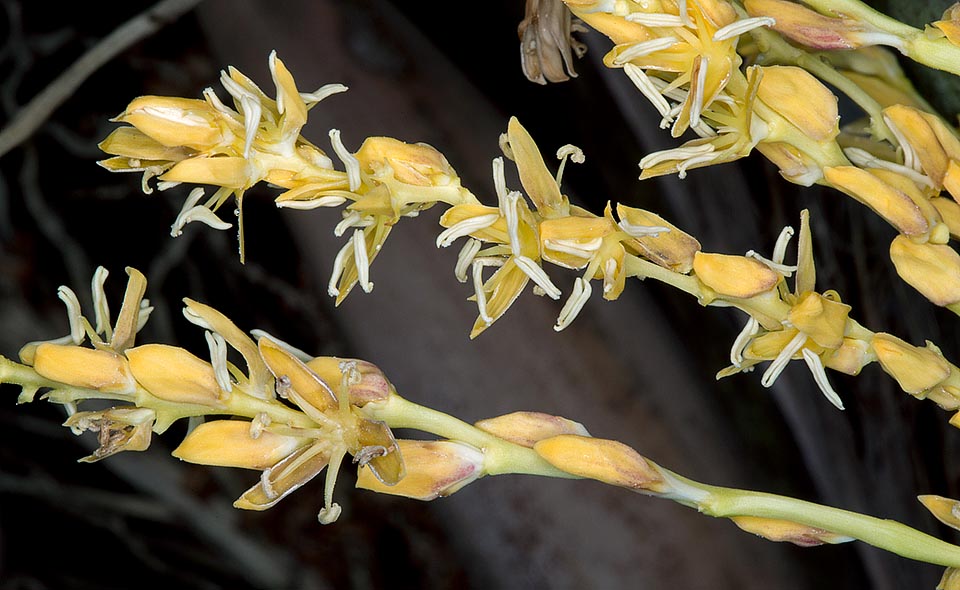 The yellow unisexual flowers are arranged in triad: a female flower between two male, excepting the terminal part where are present only male flowers. Due to the narrow origin area and the agricultural expansion it is an endangered species locally protected by the Argentinian organization for the conservation of nature © Giuseppe Mazza