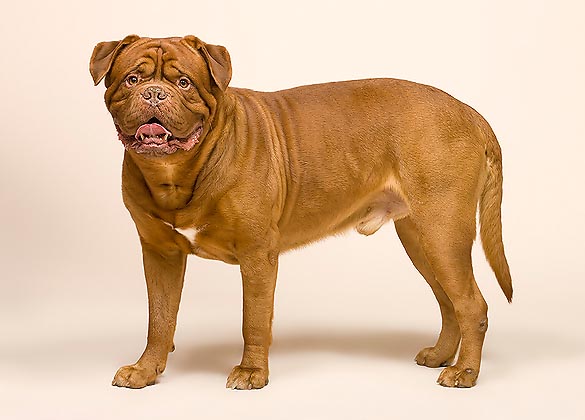 It is one of the oldest French breeds, as it descends, like all molossoides, from dogs of Asiatic origin.

Along the centuries it has been utilized as dog in big-game hunting, in the fights, as guardian of farms and flocks and at the service of the butchers.

It has run the risk of extinction during the Second World War.

It is a medium-sized molossoid, brachycephalic, powerfully built and very brawny, sturdy and rather low on the limbs.

The head is much bulky and fairly short, the muzzle is pug and the lips are thick and moderately flabby; the stop is very prominent, the jaws very strong (prognathism), the eyes oval, well spaced and the ears rather small, little darker than the coat. 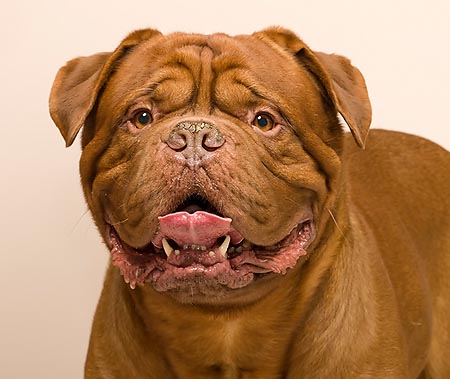 The forelimbs do have a strong bony frame and good muscles, the hind legs have big and developed thighs, with a manifest musculature. The gait is very agile and elastic. The tail, thick at the base, low inserted, is hanging at rest and rising when in action.

The hair is thin, short and soft when touched. The colours admitted are: mahogany or the whole range of fawn (a good pigmentation is required, small white dots on the chest and feet are admitted), with a well defined red or black mask.

As character, it is watchful and brave, never aggressive without any reason, very dedicated to its master, affectionate with all the members of the family, protective and patient with the children; but, at times, eager to fight with the other dogs.

It is an excellent watchdog, performing its duty with determination and courage, with a very high response threshold. It is much balanced but, being a bulky dog, it needs a strong handed master who must be able to control it.