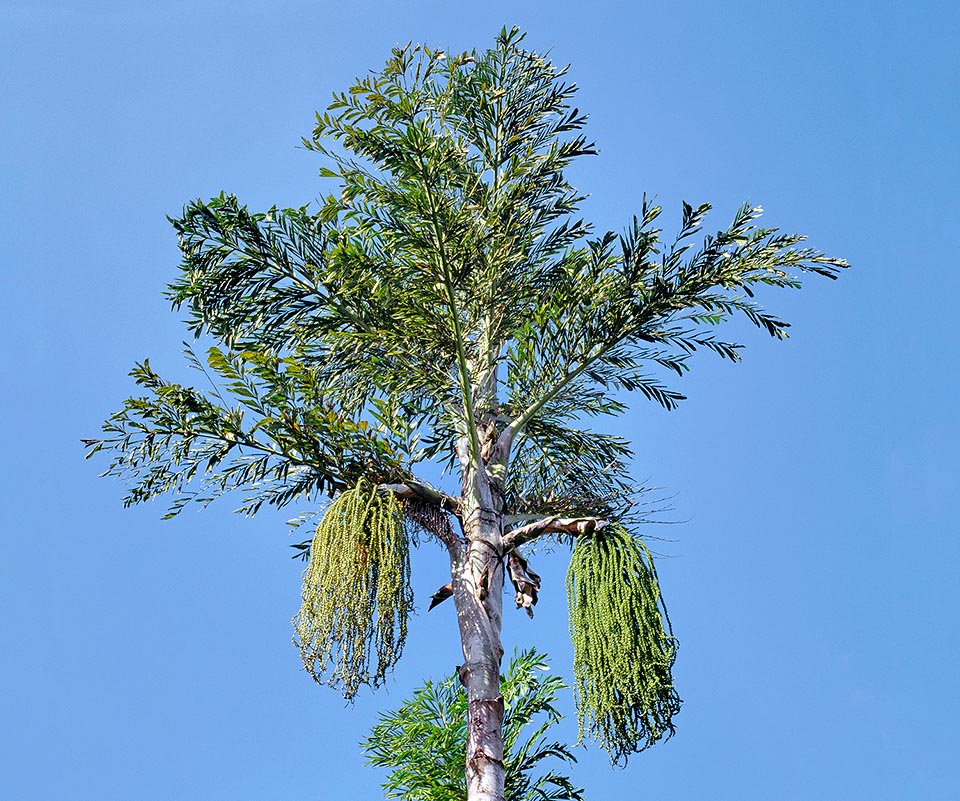 The Caryota urens L. (1753) is native to India, Sri Lanka, Myanmar and Malaysia, where it grows in humid forests at low altitude.

The name of the genus is the Latin one, of Greek derivation, with which the fruit of the palm was designated. The Latin epithet of the species, “urens” = stinging, refers to the irritant properties of the pulp of the fruit, due to the presence of oxalic acid. 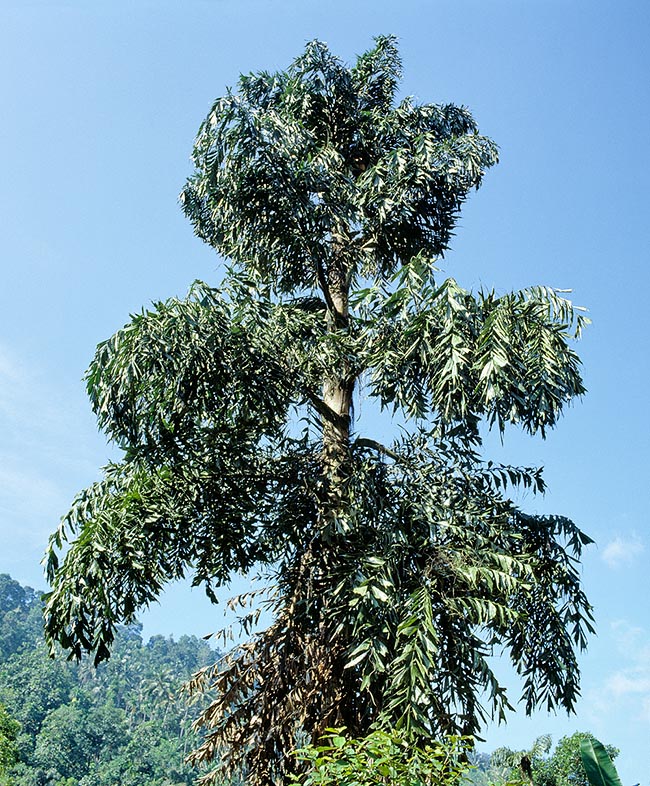 When 25-30 years old, it fructifies after reaching the maximum size, then dies © Giuseppe Mazza

It presents a solitary trunk, tall even more than 20 m, and of about 30 cm of diameter, of green colour, covered by a white tomentum, with spaced rings, traces of the petioles of the fallen down leaves.

The leaves are bipinnate, long up to about 5 m, and wide more than 3, with conical leaflets, jagged and laciniated on the upper edge, vaguely resembling to a fish tail. Monocarpic plant, (it bears fruits only after having reached the maximum size, and then passes away).

The flowering begins from the top, and then goes on, in subsequent times, towards the bottom. When the lowest inflorescence has ripened its fruits, the plant dies, this happens when the plant is about 25-30 years old.

The fruits of Caryota urens are globose, of about 2 cm, reddish-brown when ripe and must be handled with care, because of the presence of oxalic acid in the pulp.

Native populations collect, tapping the floral peduncle, the sap, very sweet, to produce sugar, or, after fermentation, an alcoholic beverage (toddy). Moreover, the central part of the trunk, rich of starch (sago), is utilized as nourishment.

In spite of the rather brief vital cycle, this palm is widely utilized as ornamental plant in the tropical, subtropical and also warm temperate climate countries, in full sun and well drained soils, where it resists to temperatures up to about -3 °C.