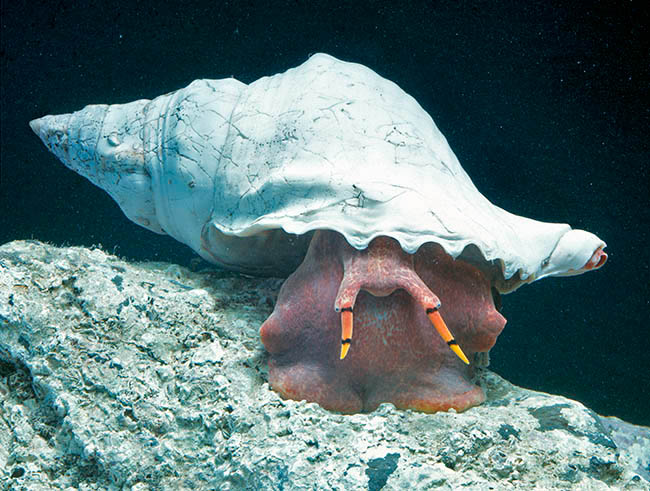 With its orange-reddish foot and an about 40 cm shell the Charonia lampas is among the biggest gastropods of western Mediterranean, present also on part of the African coast, after Gibraltar, and up to Brittany and the Pas-de-Calais. The tiny eyes stand at the base of the yellow-orange tentacles circled in black. It can go down up to a depth of 80 m hunting mainly starfish and hedgehogs. It immobilizes them with the foot, opens an entrance with its corrosive acid, injects the digestive juices that dissolve the tissues and then calmly aspires the victim © G. Mazza