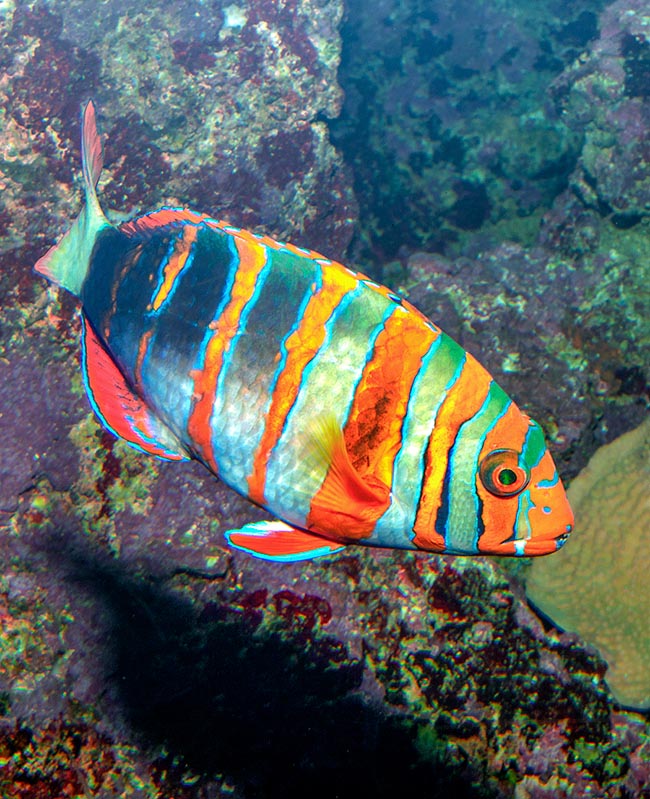 The Choerodon fasciatus (Günther, 1867),  known as Harlequin tuskfish, belongs to the class of Actinopterygii, the ray-finned fishes, to the vast order of the Perciformes  and to the multi-coloured family of Labridae, rich of 71 genera and 549 species shaving very often surprising liveries.

The name Choerodon, given to about 26 species of this family, comes from the Greek term “Χοιρός” (khoiros) = pig, pork, and “ὀδών” (odon) = tooth, with reference to the protruding canines that evoke those of the wild boar.

The specific term fasciatus = bandaged in Latin, is an obvious reference to the showy vertical bands of its livery.

It lives among the madreporic formations, moving in 5-35 m of depth, where the water is at 25-28 °C. It often swims along the outer slopes of the reefs, rich of preys, grottoes and hideaways.

The Harlequin tuskkfish can reach the length of 30 cm with a decidedly gaudy and unmistakable look. The body, tending to be oval and flat laterally, in fact displays, on a background gtreenish pale azure in the first half and dark in the other, 6-7 bright orange vertical bands, emphasized by a light blue border.

The snout and the iris have the same orange tonality with analogous patterns, and so the head disappears into the set of colours, bewildering the predators, attracted by a less vital organ such as the caudal fin, whitish at the base and then red with blue border, but what is more striking in the head is the pale blue of the gums and, even more, of the 4 protruding canines arranged staggered interlocking to break, like pincers, shells and carapaces. 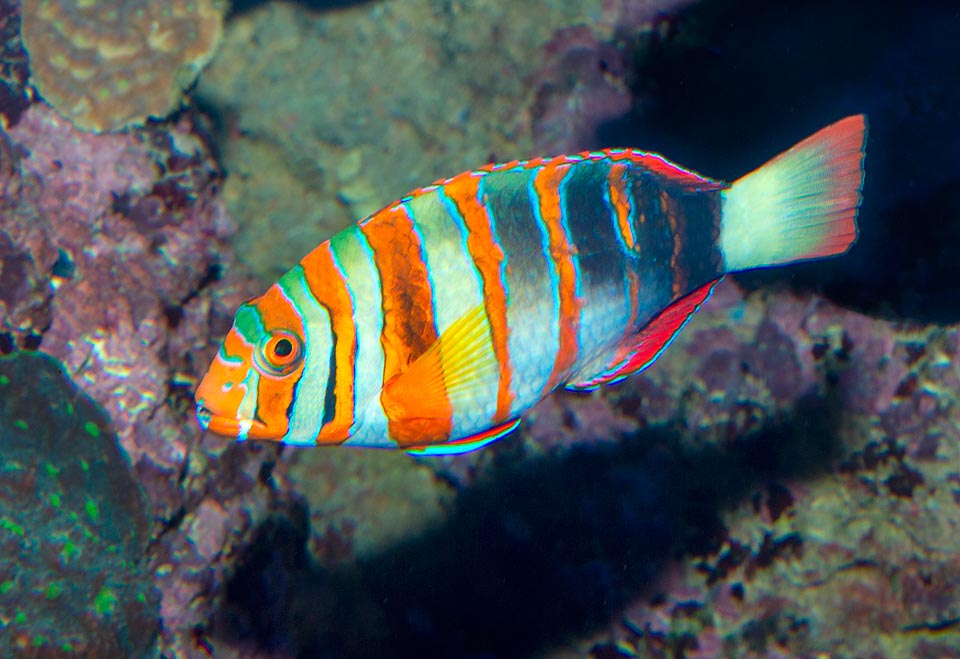 The Choerodon fasciatus eats all what it can find in the crevices of the reef: mainly that molluscs, crustaceans, small worms, starfishes and small sea urchins. Like many wrasses this is a protogynous hermaphrodite species, that is, with females that, growing, transform in males, but apart from the fact that these are much bigger, there is not any evident sexual dimorphism.

For the reproduction, couples form, at times stable for several reproductive seasons. The fecundation usually occurs a little after the sunset. The future spouses then go up to the surface with a particular way of swimming. They draw circles, one above the other, swimming abreast, till when they emit at the same time the eggs and the fecundating liquid. There are no parental cares an the progeny is entrusted to the currents 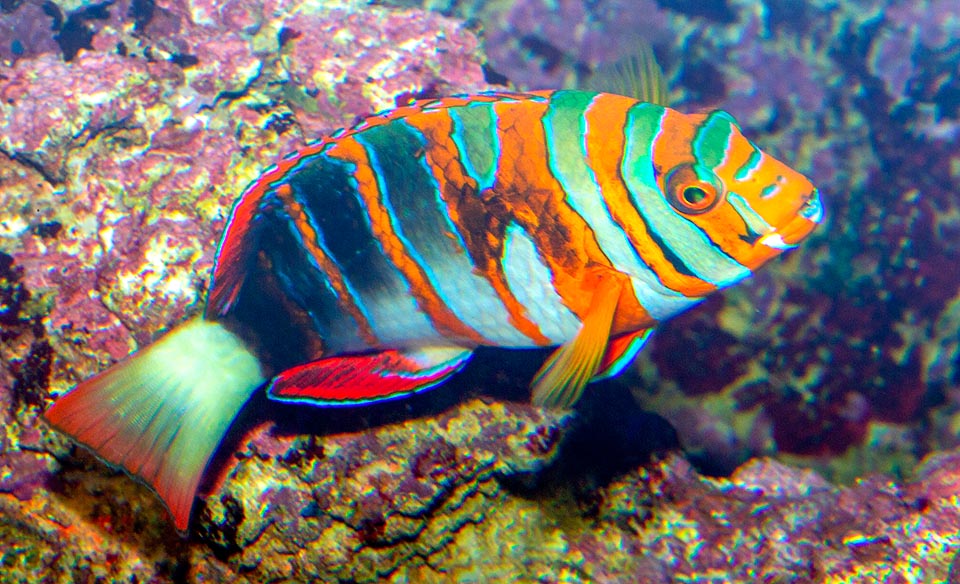 The Harleguin tuskfish is a particularly shy and careful fish. It hides at the first sign of danger and in aquarium it does not dare to eat before the other guests of the pool.

In the populations decimated by the events the resilience is good with a doubling of the population in 1,4-4,4 years. Hence, the vulnerability index of this splendid species is nowadays (2020), moderate, marking 35 on a scale of 100.