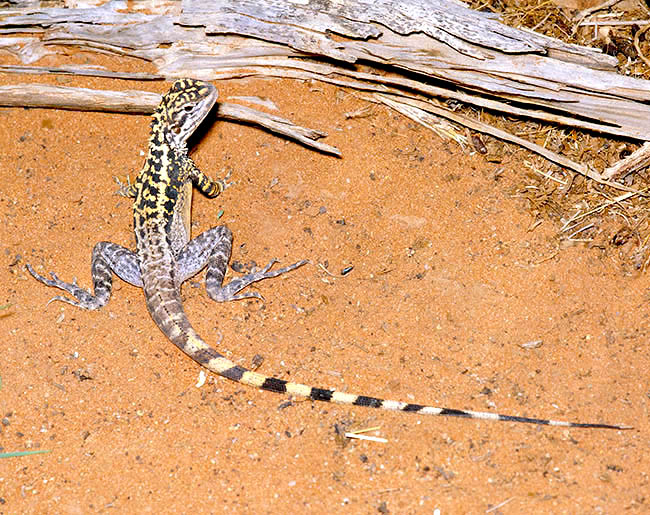 The Ctenophorus cristatus, known also as Amphibolorus cristatus belongs to the Australian agamids called “Bicycle-dragon”, that is “dragons in bicycle”, because they can run very fast on the showy hind legs. A typical terrestrial species, for open and arid zones, with rocks, tufts of grass and shrubs, living in the states of Western Australia and in that of South Australia, where is frequent in the peninsula of Eyre. Its livery is quite variable, with elegant mimetic drawings, and a characteristic dorsal crest that begins from the nape. The tail, disguised with clear and dark rings, may appear disproportionate in respect to the body but serves as balance when it must flee like a rocket, chased by a predator. Ignoring this, the body is just 10 cm long. The females of this lizard are oviparous © Giuseppe Mazza