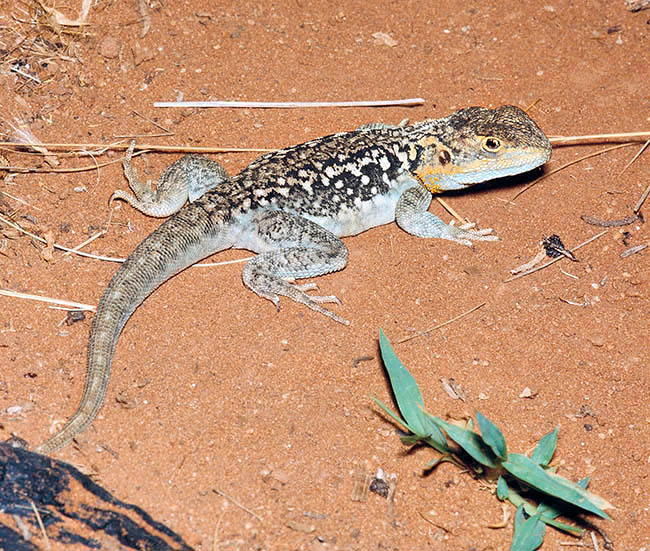 The Ctenophorus fionni is an agamid of 10-12 cm present in the rocky regions of Eyre peninsula located in the state of South Australia. Most of females have a reddish brown livery with dark speckles whilst the males show very variable drawings and colours, depending on the different populations. Usually they have brown head, clear abdomen and blackish back with dirty white and orange yellow spots. After being heated in the sun, early morning on the rock dominating their territory, the choice one, from which they usually send ritual messages to the competitors and the intruders with characteristic movements of the head and of the legs, they move for their meal. Their diet is formed mainly by insects, but with a good 30% of vegetables, mostly buds, flowers and small fruits. During the spring or in early summer, depending on the climatic trend, the females lay up to 6 eggs © G. Mazza