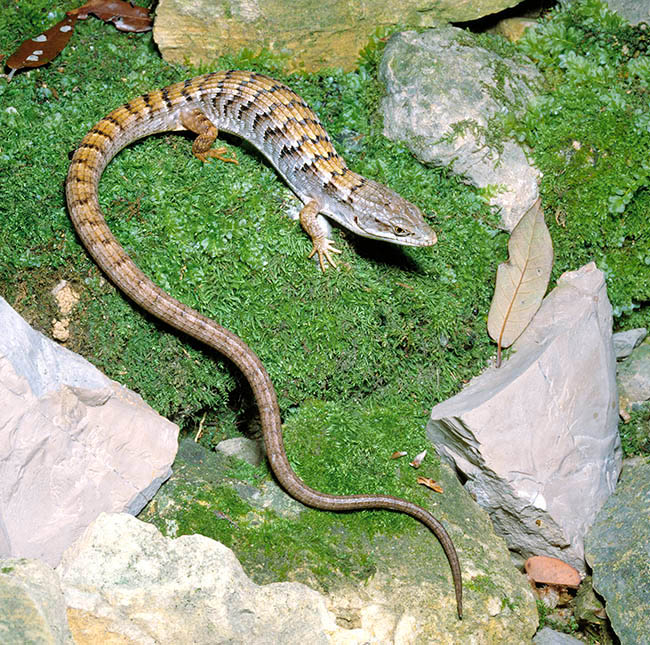 Southern alligator lizard (Elgaria multicarinata) is present on the Pacific coast of USA and north of Mexico. The tail is longer than the rest of the body and totally can reach the 30-40 cm. The legs are somewhat slender and on the lower part of sides we note a longitudinal cutaneous groove. Livery is quite variable: brown, grey-green or yellowish, often with reddish spots on the back, crossed by dark bands that continue attenuating on the partly prehensile tail. It lives in various environments: the oak woods, where it moves nimbly between the branches, the rocky and bushy zones, rich of dens, and even in urban environments. It nourishes of insects, mollusks and small vertebrates. The male has the head bigger than female in order to seize it by the head and immobilizing it while coupling. When it is disturbed or aggressed, this lizard proves to be combative and biting, defecating on the intruder to confuse it and abandoning the tail only if really there is no escape route. Even if then later it grows up again this is a very penalizing loss © Giuseppe Mazza