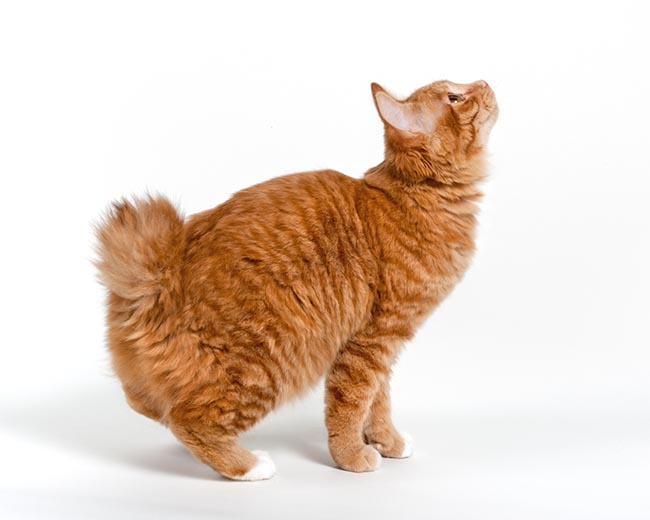 The Kuril Islands Bobtail, or Kurilian Bobtail, is a cat characterized by the very short tail forming a pom-pom, native to the Kuril Islands, an archipelago placed between the Kamchatka peninsula in Russia and the north of the Hokkaido Island in Japan.

The rigid and humid climate of these islands explains the thickness of the coat, and it is not matter of a race created by the man, as it originates from a spontaneous genetic mutation.

Several types of tail do exist:

Snag: from 2 to 8 vertebrae highly deformed and joined to each other. The tail is often straight or slightly bent downwards.

Spiral: from 5 to 10 vertebrae forming a spiral or a hook. This is the most sought for type of tail.

Whip: from 5 to 10 vertebrae, carried straight and measuring about 2/3 of the length of a normal tail.

Delayed: from 5 to 7 vertebrae starting normally (straight) and then ending in a hook. This type of tail is considered as a flaw. With short or long hair, it is found in a quite vast range of colours. 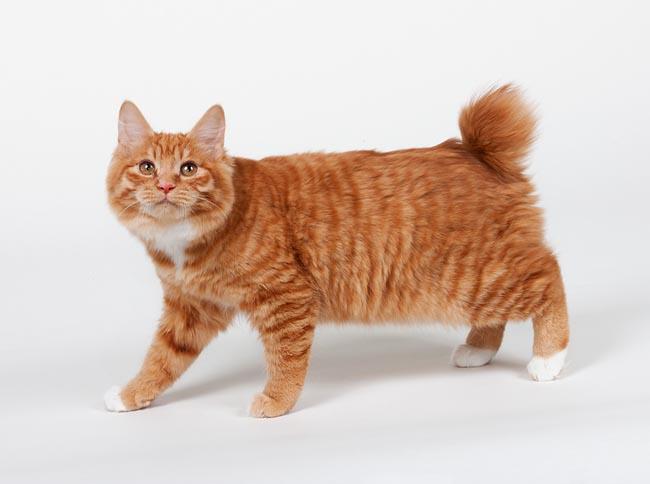 The Kurilian Bobtails are described as curious, sociable and much intelligent cats.

They easily adapt to the domestic life, even if they conserve certain independence.

Seen from the front, the muzzle is shaped like a trapeze, wide at the level of the cheekbones, high and prominent.

Seen from the side, the line of the front is prolonged by a slight concave slope reaching the nose, wide and straight.

Mighty and marked, the muzzle is strong. The chin is firm.

Almost round, the eyes are big and placed slightly slant.

All colours are accepted irrelevant to the colour of the coat. Of medium size, the ears are spaced each other. The robust neckline is relatively short. Of format semi-cobby, the body is compact and powerful. From the blades to the croup, the line of the back is arched. 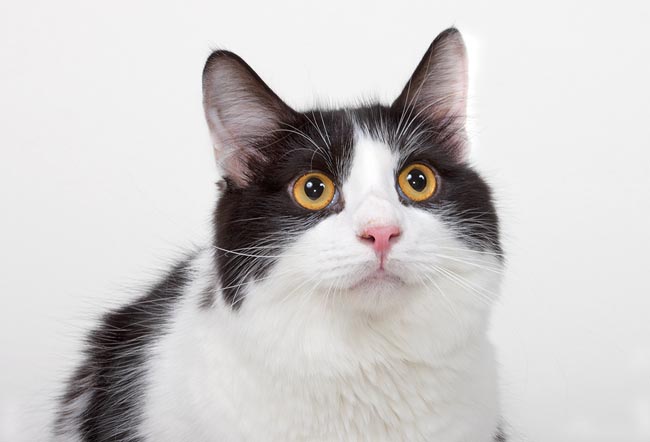 All colours are admitted. In the upper photos a Red, here a Black and White © Giuseppe Mazza

Of medium length, the paws have robust structure and powerful musculature. The feet are round.

Long from 3 to 8 cm, coat excluded, the tail is composed by several kinks or irregular nodes.