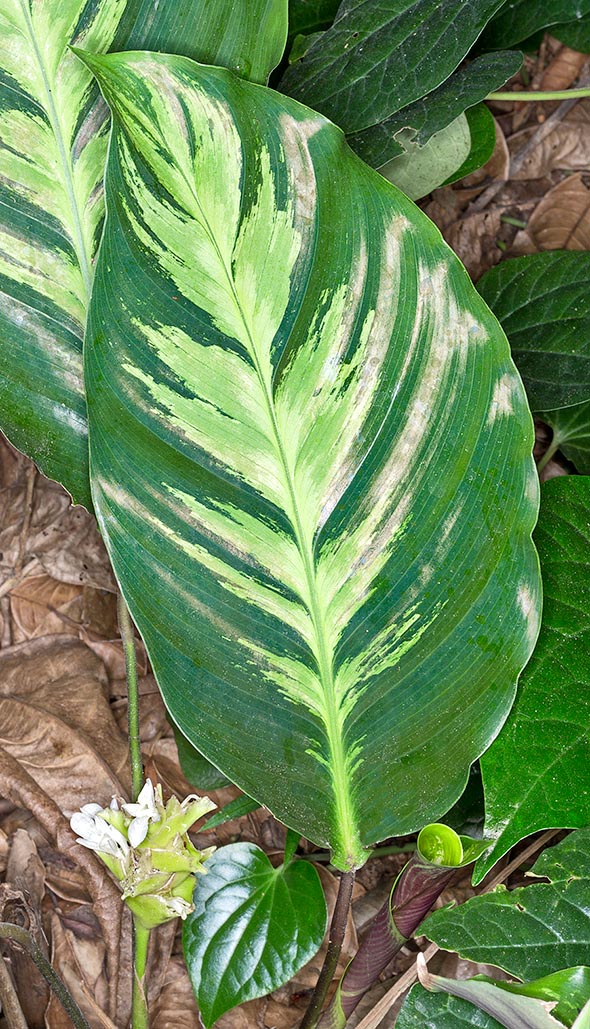 The species is native to Brazil, probably to the state of Rio de Janeiro.

The genus is honoured to the German botanist and paleontologist Johann Heinrich Robert Goeppert (1800-1884); the reference of the specific name is not clear.

The leaves, on a 5-15 cm long petiole, are oblong-ovate with pointed apex and wavy margin, 10-20 cm long and 5-10 cm broad, above of glossy dark green colour variegated pale green on the sides of the central vein, opaque green suffused of pale purple below.

Terminal inflorescences, on a 8-10 cm long peduncle, provided of ovate bracts with outturned apex spirally arranged, about 2 cm long, of green colour, that subtend the coupled flowers of white colour, with about 8 mm long sepals, tubular corolla with 16 mm long tube and 3 lanceolate lobes about 12 mm long, 2 petaloid obovate staminodes, slightly longer than the petals, a fertile stamen curved on the stygma and trilocular ovarium. The fruit is a dehiscent capsule containing three seeds.

It usually reproduces by division.

Species suitable for edgings or as groundcover in parks and gardens exclusively of the tropical and humid subtropical climate zones, not bearing temperatures close to 0 °C, in shady zones far away from the direct sun that may cause damage to the foliage.

It is often cultivated in pot for the decoration of inner spaces, away from drafts, in organic loam with addition of siliceous sand or perlite per a 30%, to improve the drainage, with lowest minimum values of temperature not under the 16 °C and high ambient humidity, 60-70 %, not easy to get in an apartment where usually humidity is lower. In order to increase it recourse may be done to frequent nebulizations with not-calcareous water at ambient temperature, to avoid unsightly stains on the leaves, or putting the pot on a tray of bigger diameter partially filled up of rubble, or other inert material, with a layer of water not in contact with the bottom of the pot, thus to create a humid microambient around the plant. 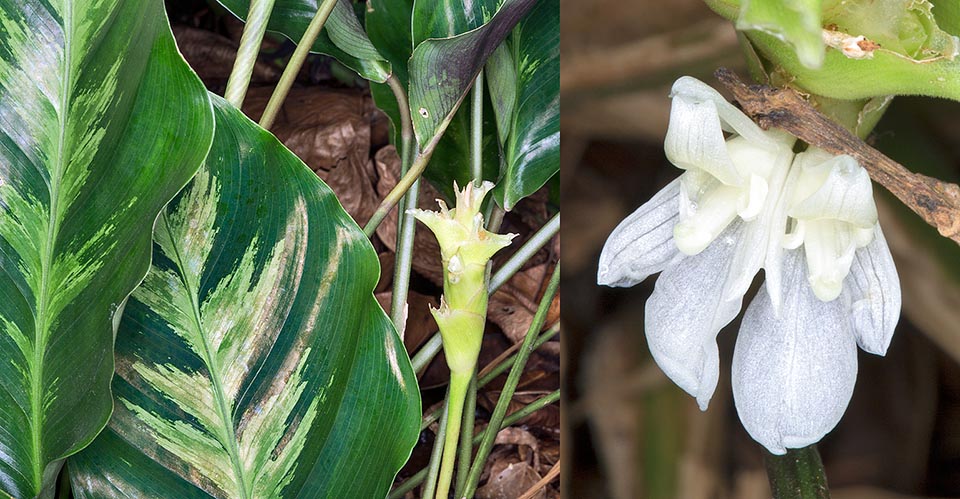 The waterings must be regular during the growth, avoiding dangerous stagnations, more spaced in winter, but without ever allowing the substratum to dry up completely, utilizing preferably rain water, by reverse osmosis or demineralized at ambient temperature. The fertilizations are to be done from spring to autumn, on a monthly basis, using by preference balanced hydrosoluble products, with microelements under form of chelates, at 1/4 the dosage suggested by the producer.