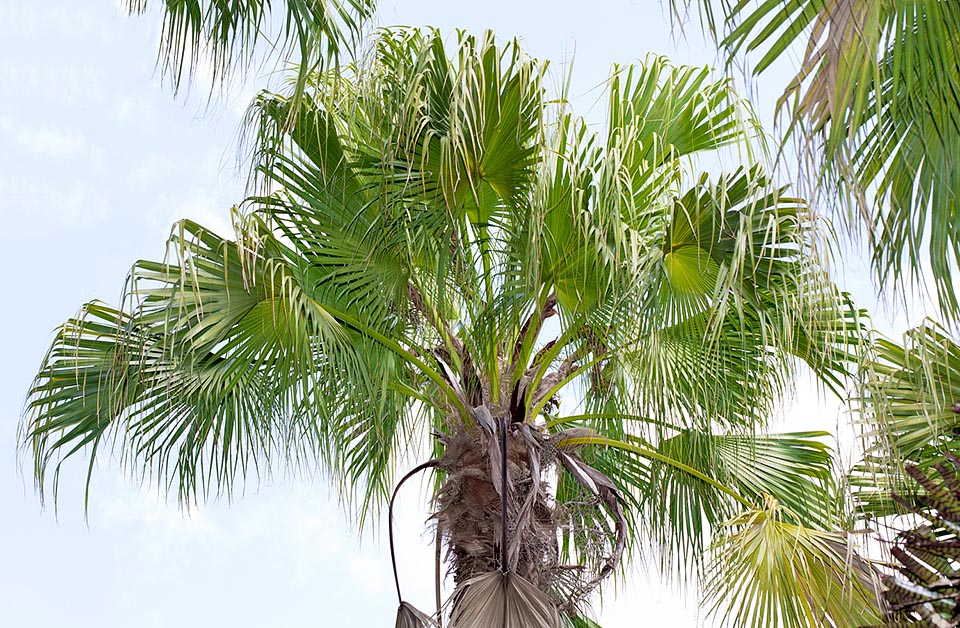 In the thin forests of South China, Vietnam, Japan and Taiwan, the Livistona chinensis reaches the 10 m of height © Giuseppe Mazza

The Livistona chinensis (Jacq.) R. Br. ex Mart. (1838) is native to southern China, Vietnam, Japan and Taiwan, where it grows, mostly, in the thin forest.

The genus was honoured to the memory of Patrick Murray, baron of Livingston, who, in 1670, designated his collection and his garden as botanical garden, which, later on, became the present “Royal Botanic Garden of Edinburgh”. 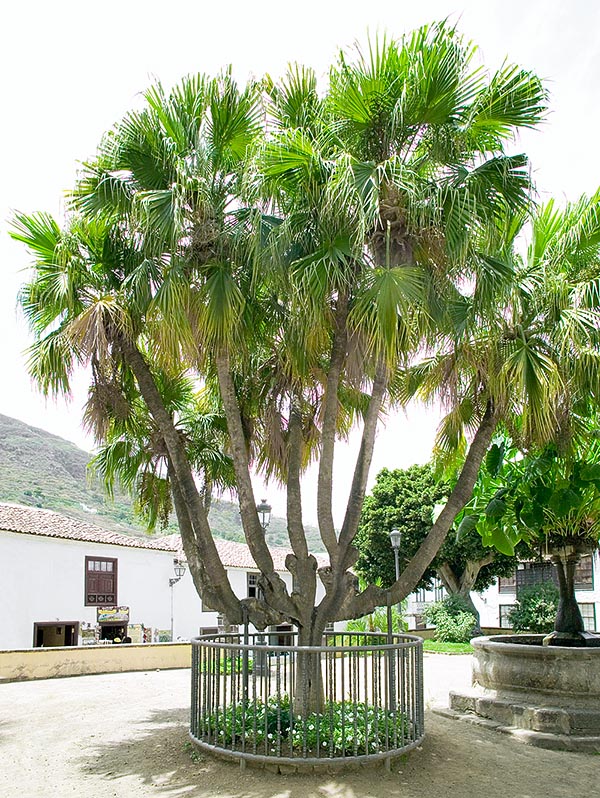 The name of the species refers to one of its places of origin.

In order to get things more complicated, it must be noted that in the breeding grounds, this palm is often improperly referred to as “ Latania borbonica “, which is, on the contrary, a synonym of the Latania lontaroides.

The Chinese fountain palm presents a solitary trunk of 25-30 cm of diameter, tall up to about 10 m, of brown colour in the part closer to the crown, greyish in the older one.

The leaves are palmate in the young plants, costapalmate in the adult ones, about 1,5 m wide, of a green colour often tending to the yellowish. They are subdivided into several pendent and bifid segments, for a length of
about 30 cm. Petiole long up to one metre, thorny at the margins on the young leaves, almost unarmed on the adult plants, as the presence of the thorns is limited to a short stretch at the base of the petiole.

The Livistona chinensis inflorescences, which are shorter than the leaves, are very ramified, of a yellowish-green colour, with white bisexual flowers.

The fruits, in compact bunches, are globose, of bright green colour, tending to the bluish when ripe, about 2 cm long.
It reproduces by seed, which germinates in 2-3 months.

Very ornamental palm because of its luxuriant foliage, with falling leaves resembling to the jet of a fountain.
The Livistona chinensis is of easy cultivation in the climates going from the tropical to the temperate, where it resists to temperatures up to -6 °C.
It does not present particular exigencies for the soil, and when adult, it can resist to long drought periods, even if a land rich and kept humid during the vegetative period, might accelerate its growth, which is notoriously slow. 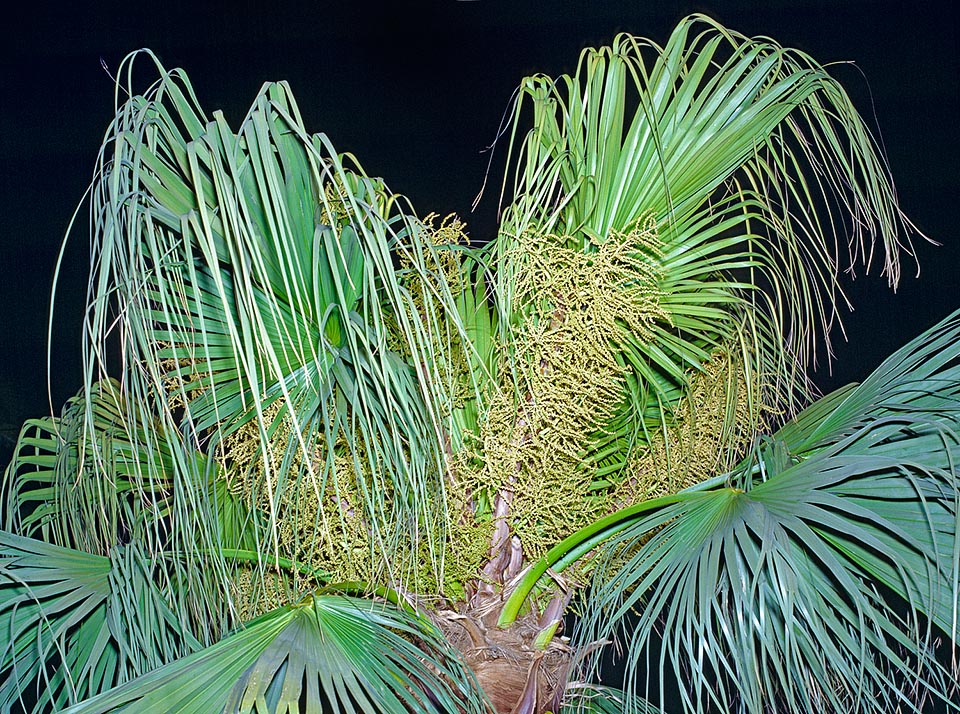 The inflorescences, with small bisexual white flowers, are of yellowish green colour, very ramified and shorter than the leaves © Giuseppe Mazza

The young Chinese fountain palms are often utilized in pots for interiors decoration.