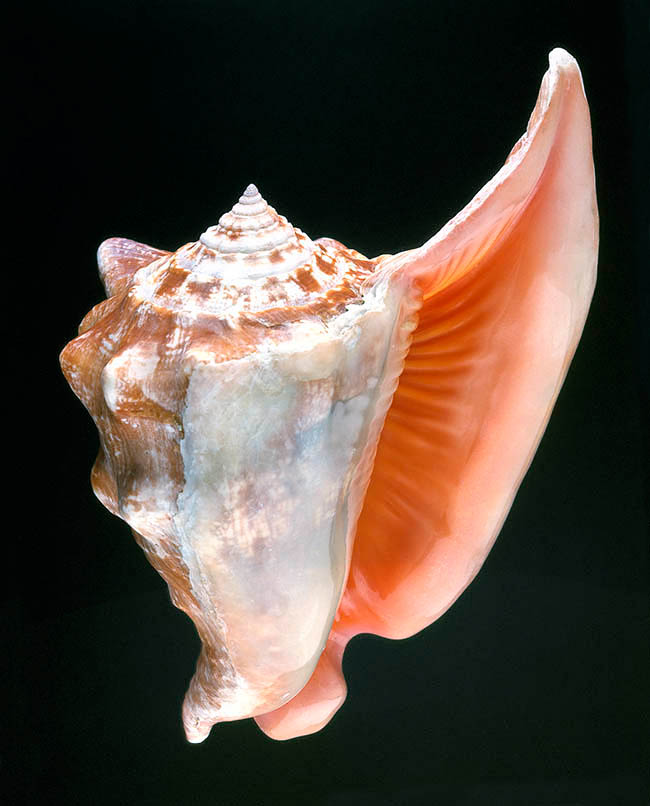 Lobatus peruvianus, is a large gastropod that nourishes of algae and occasionally of debris. It lives along the tropical American coasts of Pacific. We find it from the Gulf of California to Peru, with a shell that reaches the 21 cm. Because of its sculptural form and its colour, has at once attracted the human attention, since the antiquity and even in the Peruvian prehistory. It was utilized for fabricating trumpets, thanks to the ample opening that seems made with the purpose of amplifying the sounds. The animal moves in jerks, as usual in the family of the Strombidae, using the horny operculum that sinks like a claw into six substrata to exert force and move forward © Giuseppe Mazza