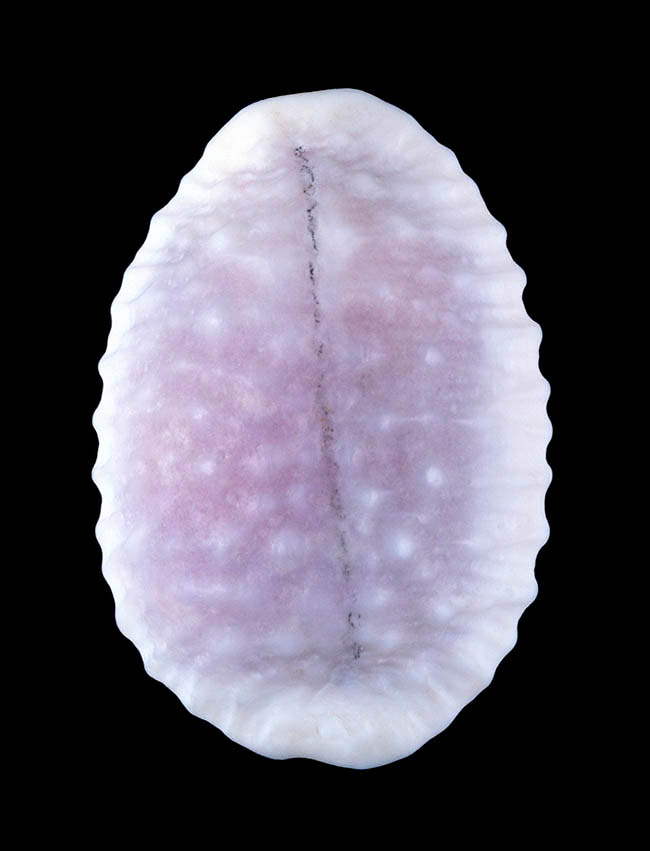 The Nucleolaria granulata is a fairly rare cypraea endemic to the Marquesas Islands and to the Hawaii. The oval shell, flattened below, can reach the 49 mm, even if in general it does not exceed the 30 mm. The back is rough with several protuberances and an unusual longitudinal groove at the centre. The animal has a pinkish or reddish mantle, with showy papillae that, covering the shell, camouflage the mollusk during its nocturnal movements, when is looking, at 5 to 25 m of depth, for corals, sponges and algae of which it nourishes. The subspecies Nucleolaria granulata cassiaui here shown, for some should be considered as separate species, the Nucleolaria cassiaui © Giuseppe Mazza