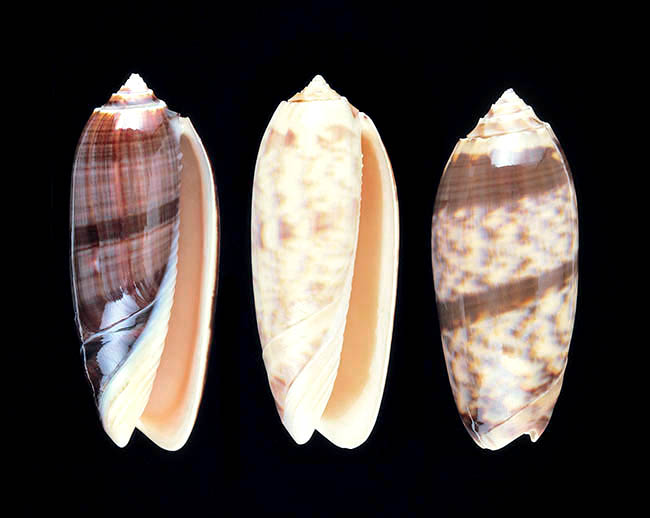 Known also as Oliva miniacea, the Miniaceoliva miniacea is very common in the tropical Indo-Pacific. The thick and heavy shell, bullet-shaped, has a quite variable drawing, as can be seen on the photo. Usually measures 4-5 cm. The very developped foot, often beige with more or less intense and extended brown spots covers almost totally the shell when the animal moves crawling fast on the seabed. The eyes are at the base of the two long and thin tentacles, but is noted especially a huge siphon, the only protruding part when the animal is hidden under the sand of the littoral plane. It mainly nourishes of bivalves but also of dead fish and other corpses found on the seabed © Giuseppe Mazza