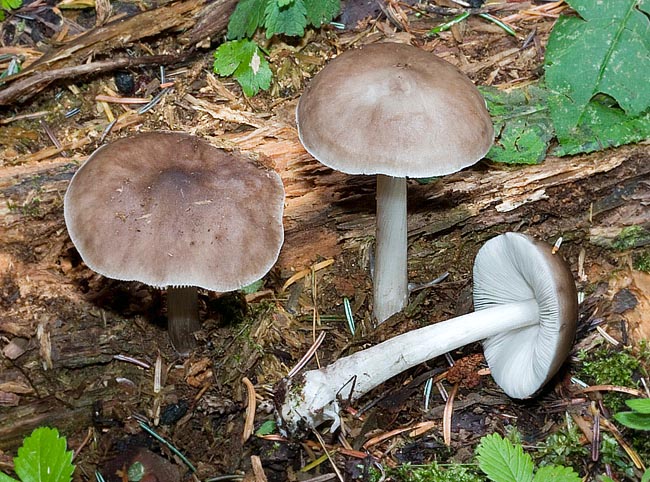 The etymology of the name comes from “cervinus”, relevant to the deer, due to its colour.

It is a fairly common species but little known as edible mushroom, even if not much attractive, and therefore its common names are not many.

Description of Genus and Section

To the genus Pluteus are ascribed heterogenous fungi, of small to medium-big size, lignicolous. The cap is convex to convex campanulate, at times with a blunt umbo; fibrillose surface, squamulose, pruinose, rugulose at the disk at times; smooth or striated. Thick gills, free of the stem, white to yellow at times, to salmon pink by the end. The stem is central, cylindrical, glabrous, pruinose-floccose, without ring and without volva. Smooth spores, inamyloid, subglobose to amply ellipsoidal, ovoid, pink in mass, pleurocystidia and cheilocystidia are present, in some species they have thick wall and hooked apex, the clamp connections are present or not.

Cap: 4-10 cm, fleshy, initially bell-shaped, then convex and finally almost flat, umbonate, smooth, glabrous, at times with radial fibrils, greasy to the touch; the cuticula, easily detachable, goes from grey-brown to ocherous-brown, darker at the centre and paler at the margin, this last being smooth. 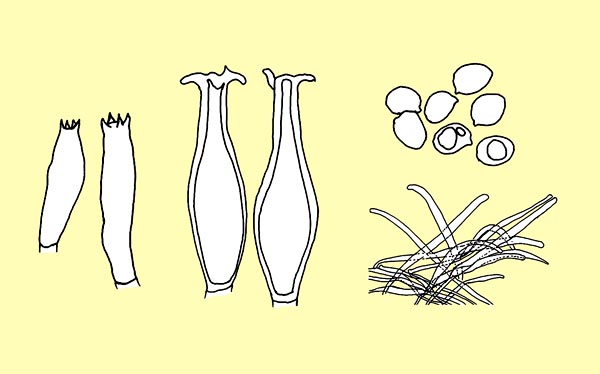 Habitat: it grows from spring to autumn on dead wood of latifoliate trees, more rarely on conifers.

Edibility: edible, but of little value.

Remarks: It is a much diffused fungus, both in the plains and in the mountains on dead wood, at times even interred. The correct determination of the species belonging to the section Pluteus may be obtained by means of an accurate microscopic investigation, that is, on the presence/absence of the clamp connections. However, from the last studies it results the presence or not of the clamp connections is not sufficient any more, as a matter of fact, it is necessary to verify, if they are present, where they are located and their frequency. Pluteus cervinus can be mistaken with Pluteus pouzarianus Singer, which is practically a lookalike, but presents the clamp connections at the base of the basidia and very frequent in the texture of the cuticle.