The White trevally (Pseudocaranx dentex Bloch & Schneider, 1801) belongs to the class of the Actinopterygii, the ray finned fishes, to the order of the Perciformes and to the family of the Carangidae, that counts about 30 genera and more than 140 species.

The name of the genus comes from the Greek “pseudes” = false, apparently similar, and from the known genus Caranx (Lacepède, 1801) that, with more than 200 species, has originated the family.

The specific term “dentex” evokes, due to the profile of the head and the big lips, the genus Dentex, (Cuvier, 1814) that however belongs to the family of the sparids. 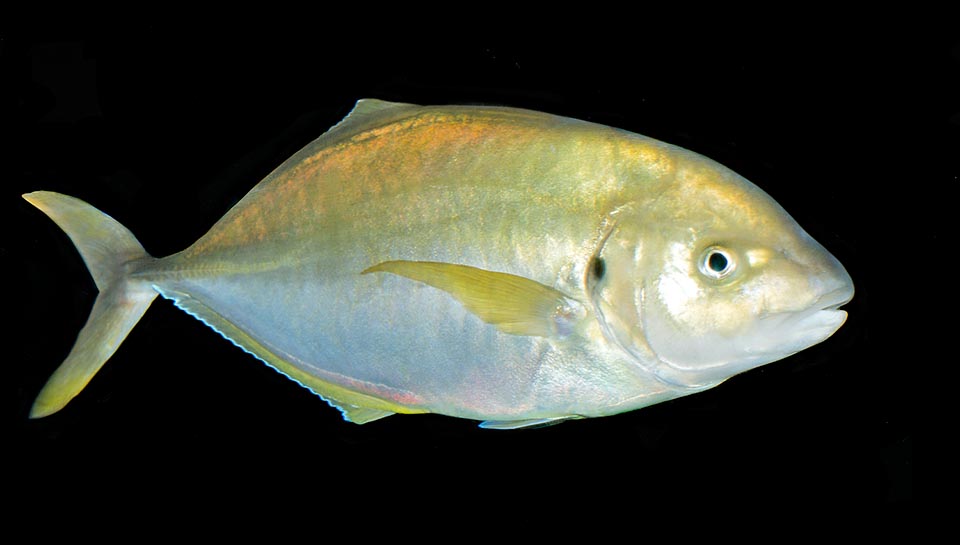 Present in the tropical and subtropical waters of all the oceans, rare in the Mediterranean, the white trevally has its maximum diffusion in Oceania, along the coasts of Mexico, of Namibia, of Hong Kong and in the Ogasawara Islands.

Pelagic species, it avoids the cold waters and almost never swims in high seas. It moves mainly along the coasts, usually between 10-25 m of depth, even if it has been found at 238 m. Perfectly at ease among the corals, does not disdain, especially when young, the brackish and murky waters of the estuaries and usually shows a particular liking for the small islands. 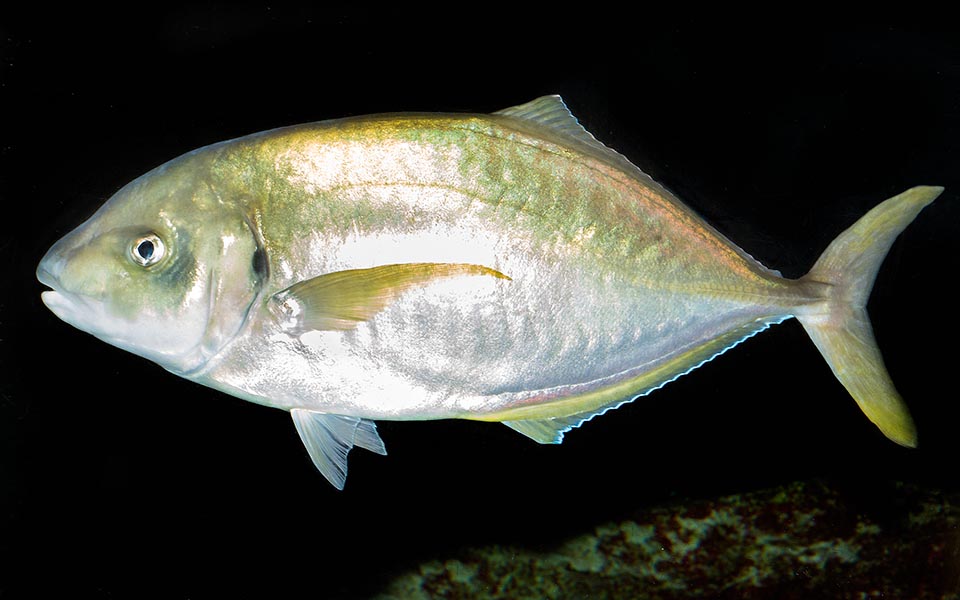 Now rare in Mediterranean it eats fishes and molluscs swimming along the coasts, but also benthic animals like worms, crustaceans echinoderms and bivalves © G. Mazza

The mouth is relatively small and does not reach the level of the eye. The mandibular part is lightly shorter than the maxilla. In the adults both do show only one range of tiny teeth, whilst in the young there is a second row and are noted other tiny teeth on the tongue and on the palate. The lateral line is made of 26-30 pointed bony scutes. The dorsal fins are 2. The first, often folded, is a defense weapon with 8 solid spiny rays. The second has only one spiny ray and 25-26 unarmed. The two anal fins are similar: the first with 2 spiny rays and the second with 1 spiny ray and 21-23 unarmed. 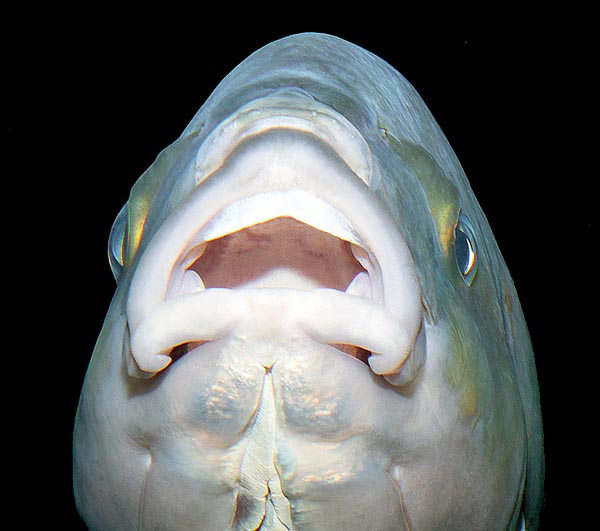 The pectoral fins, falcate with 18-21 rays, are golden yellow more or less like the other fins, hence the Spanish name of “jurel limón” (lemon trevally), and do not reach the lateral line. The ventral fins have one spiny ray and 5 unarmed. The caudal is forked. The ground colour is iridescent with golden reflections, bluish, greenish and pinkish. Typical is the black spot on the upper-rear margin of the operculum. The iris is silvery.

Gregarious and fast fish, the Pseudocaranx dentex is a predator with a very ample diet: fishes and molluscs of the nekton, but also bottom animals such a worms, crustaceans, echinoderms and bivalves.

The time and the modalities of the reproduction are yet to be thouroughly investigated. The eggs are entrusted to the currents and the larvae, that nourish of zooplankton, reach the 4 cm when 2-3 months old with a life expectancy of almost 50 years. It is a too fished species and even if the resilience is good, with population that might double in 1,4-4,4 years, the vulnerability index is decidedly troubling because nowadays is already of 74 on a range of 100.