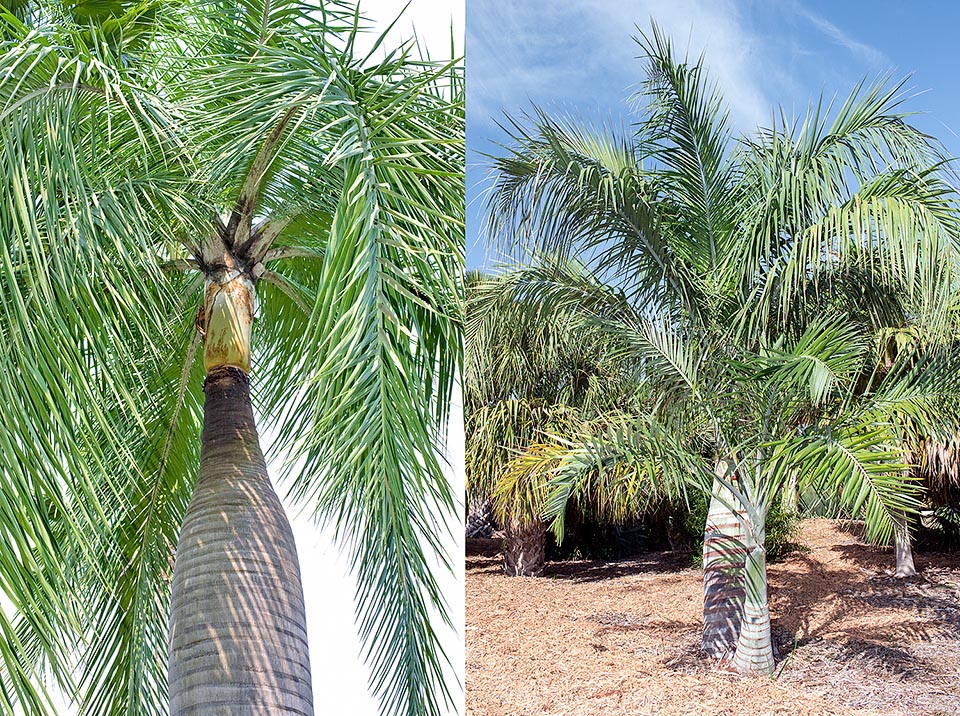 Native to Haiti and Dominican Republic, Pseudophoenix vinifera is easily recognized due to the bottle shaped stem ornated with rings memory of the fallen leaves © Giuseppe Mazza

The plant is native to Haiti and the Dominican Republic, where it grows in full sun on hilly calcareous, rather arid, slopes, up to about 400 m of altitude.

The name of the genus is the combination of the Greek word “pseudo” = false and Phoenix, due to the supposed resemblance of the two genera; the name of the species is the combination of the Latin word “vinum” = wine with the verb “fero” = to carry, with reference to the alcoholic beverage which was obtained from the lymph collected by cutting its stem.

The Pseudophoenix vinifera (Mart.) Becc. (1912) is a solitary, monoecious plant, with a stem tall up to about 20 m with a diameter of 25 cm, usually swollen at the second half, even more than 40 cm, and getting thinner almost brusquely under the leaves; the stem is smooth, grey, on which stand out especially in the youngest part, the close rings trace of the junction of the fallen leaves. 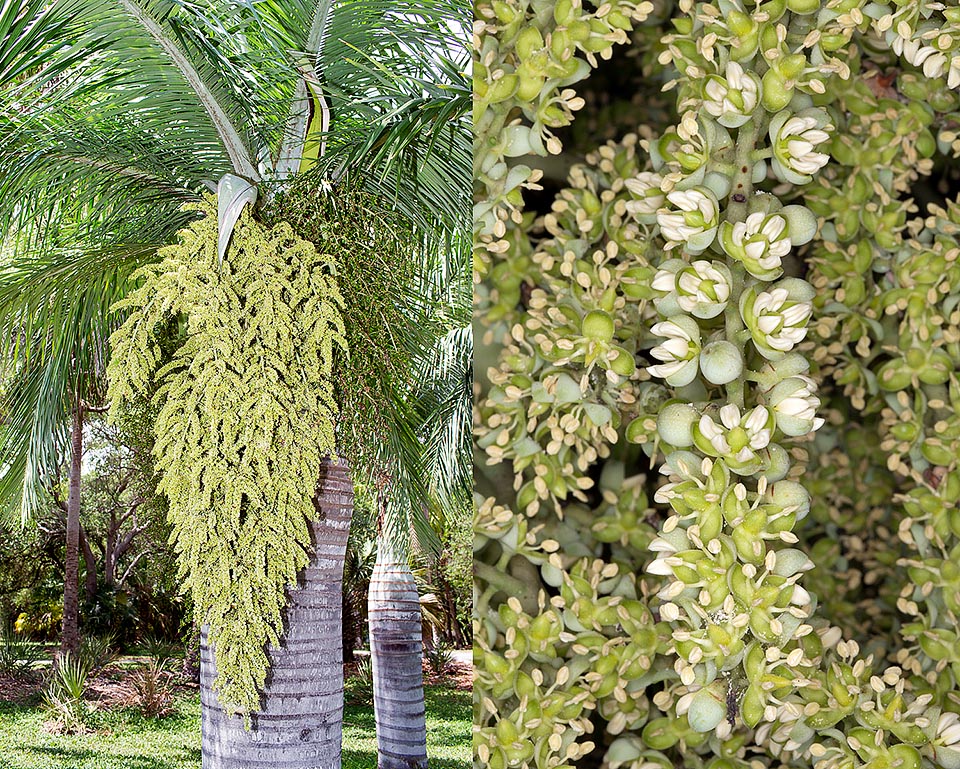 Drooping inflorescence and detail. It almost reaches 2 m with hermaphroditic flowers, but at the extremity of the floriferous branches bearing only male flowers © Giuseppe Mazza

The leaves are pinnate, arcuate, 2-3 m long, on a 15-30 cm long petiole, of green grey colour, almost white; the pinnulae are linear lanceolate, pointed, 50-70 cm long in the median part and 2-3 cm broad, of green grey colour, irregularly spaced on the rachis and disposed in slightly differing angles, which give the leaf a fluffy look.

The bluish green or greyish foliar base, 50-70 cm tall, wraps only partially the stem. All the parts of the plant are covered by a thin layer of whitish wax.

The inflorescences spring up between the leaves, initially ascending, then pendulous when in fruit, about 1,8 m long, ramified, carrying hermaphrodite flowers, except at the extremities of the floriferous branches, where only male flowers are present.

The fruits are globular or bi-trilobed, of about 2-4 cm of diameter, scarlet red when ripe, and containing 1 to 3 seeds. The plant reproduces by seed which germinates in 1-3 months at the temperature of 24-28 °C; the growth is slow, especially during the first years. 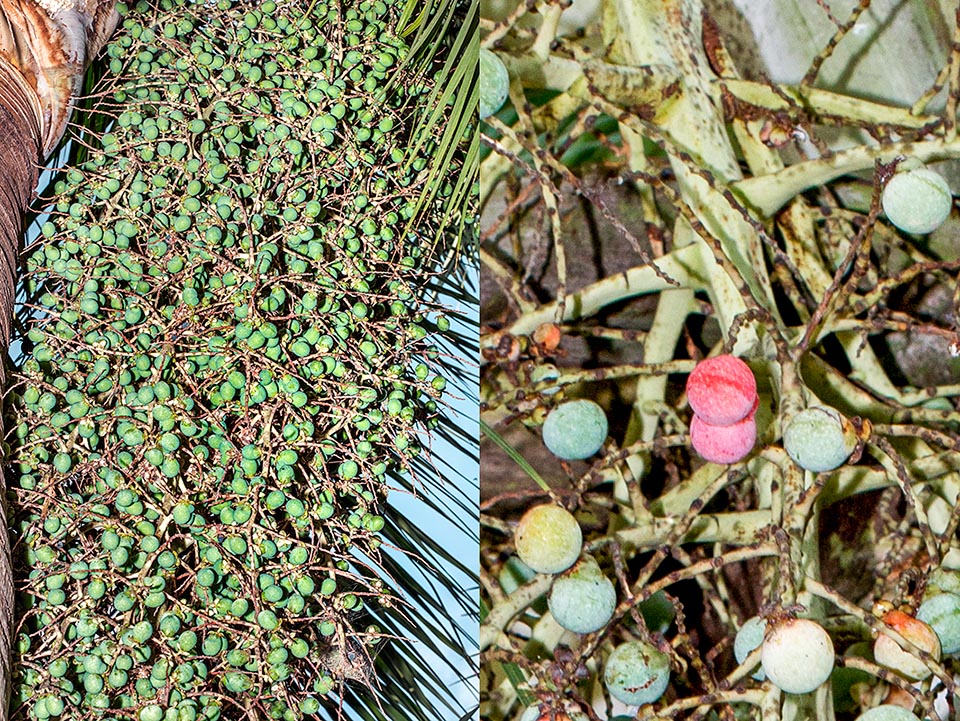 The fruits, of 2-4 cm of diameter, are initially green and then red when ripe. From the stem lymph they get an alcoholic drink that almost led the species to the extinction © Giuseppe Mazza

Very characteristic plant due to its shape, the colour of the trunk and its showy fruits, it requires full sun, perfectly draining soils and a basically arid tropical or subtropical climate, with poor and irregularly distributed rainfalls; it may tolerate rare abatements of temperature, for very short time, down to -1, -2 °C, but does not resist to long periods with temperatures fluctuating between +3 and +8 °C, in connexion with high humidity, as it may be the case during the winter months in the temperate zones. It is surely of great effect as isolated specimen as well as in group or in row.

The leaves are locally utilized as cover for huts or makeshift shelters, the fruits as food for the livestock; the habit of getting the palm wine, which caused the death of the palm and which has led the plant close to the extinction, has luckily been discontinued since time.