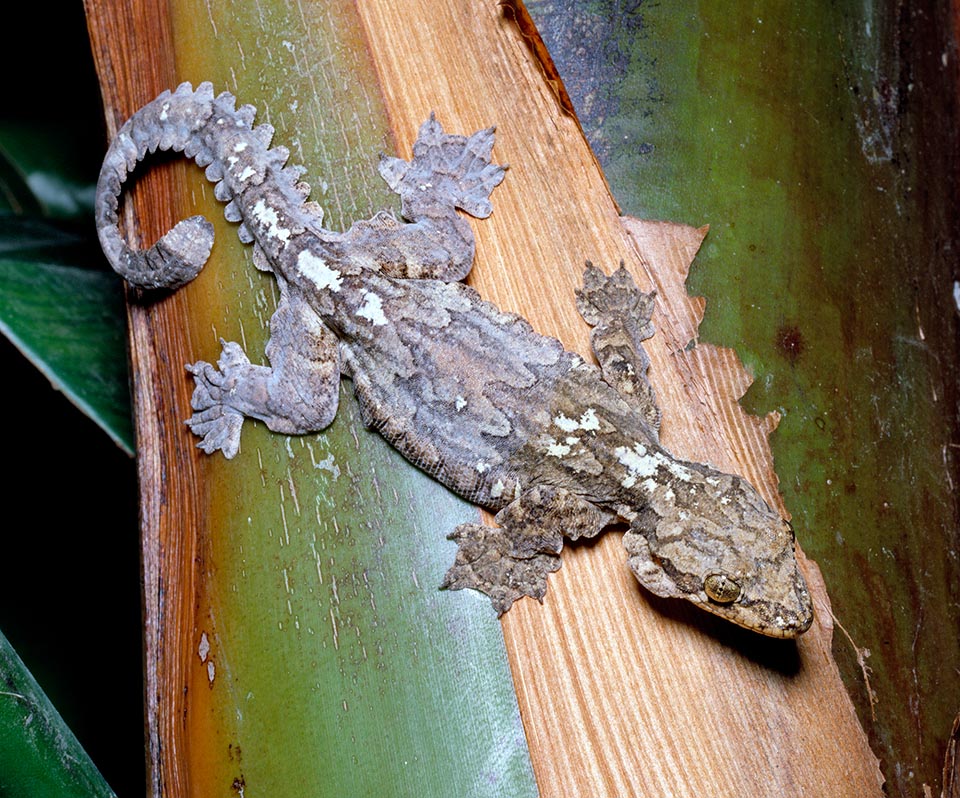 Defined as parachutist or flying, the Ptychozoon lionotum is a nocturnal gecko particularly mimetic of Souh-East Asia © Giuseppe Mazza

The Burmese flying gecko or Burmese parachute gecko (Ptychozoon lionotum Annandale, 1905) is a parachutist, or, exaggerating a little, a flying gecko.

The scientific name, Ptychozoon, from the Greek “πτυχή” (ptyché) = fold and ζῷον (zoon) = animal, not by chance refers to the fact that this species can spread vast cutaneous folds for jumping from the trees almost gliding, whilst the specific term lionotum, always in Greek from “λεῖος” (leios) = smooth and “νῶτος” (notos) = back, simply reminds that, as often occurs in the geckos world, also its skin is smooth, velvety to the touch like our Mediterranean Tarentola mauritanica.

The Ptychozoon lionotum is at home in South-East Asia: Burma, Thailand, Vietnam, Cambodia, Pegu, Western Malaysia, Johor and in the state of Mizoram in India. 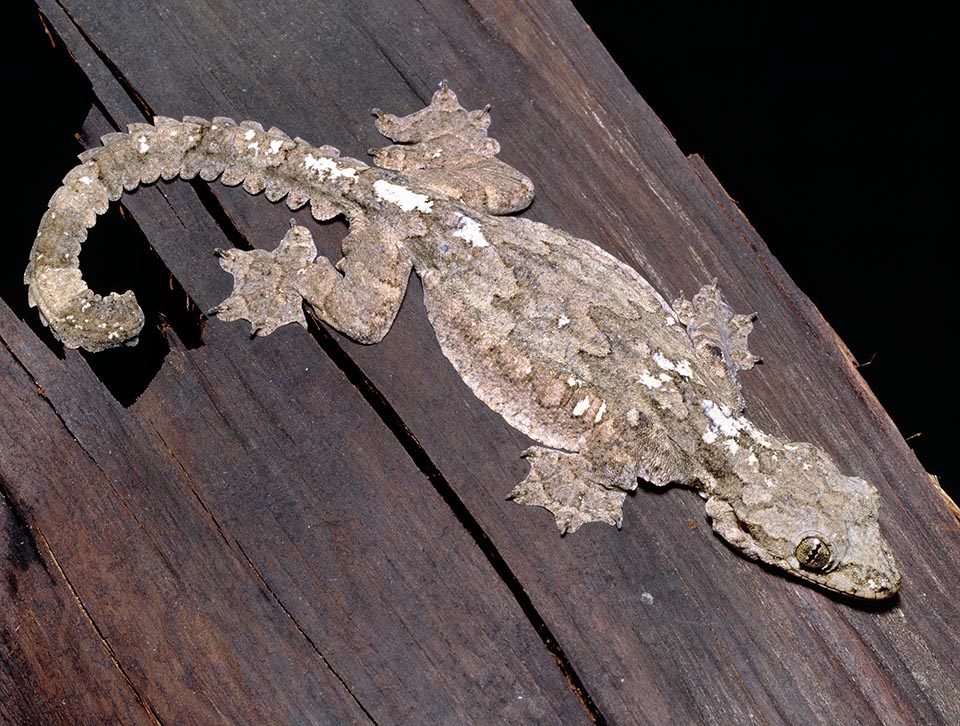 Here just before jumping. It has already spread the ventral cutaneous flaps that allow it, with outstretched legs and tail straight like a rudder, a gentle and precise landing © Giuseppe Mazza

It is a nocturnal arboreal species of the dense primary forests, from the sea level up to 1000 m of altitude, where it is almost impossible to see it due its extraordinary camouflaging capacities. It is easier to see it in the secondary forests and in anthropized areas at their margin, so much that we are led to believe that it is not so rare, as at first it was thought, and in any case presently not endangered.

Long at most 15 cm, the Ptychozoon lionotum has a very flattened body with cutaneous folds along all the contour, from the sides of the head to the tail. The fingers of the hands and of the feet are merged like a spatula and when it jumps from a branch it opens wide the legs like a rudder while opens the two big flaps of skin hidden under the abdomen for slight gliding flights that allow it to rapidly reach the preys or to escape the aggressors, for instance a snake. In this case it can jump down even from 60 m of height and land gently. As it touches the ground keeps motionless and nobody sees it any more. 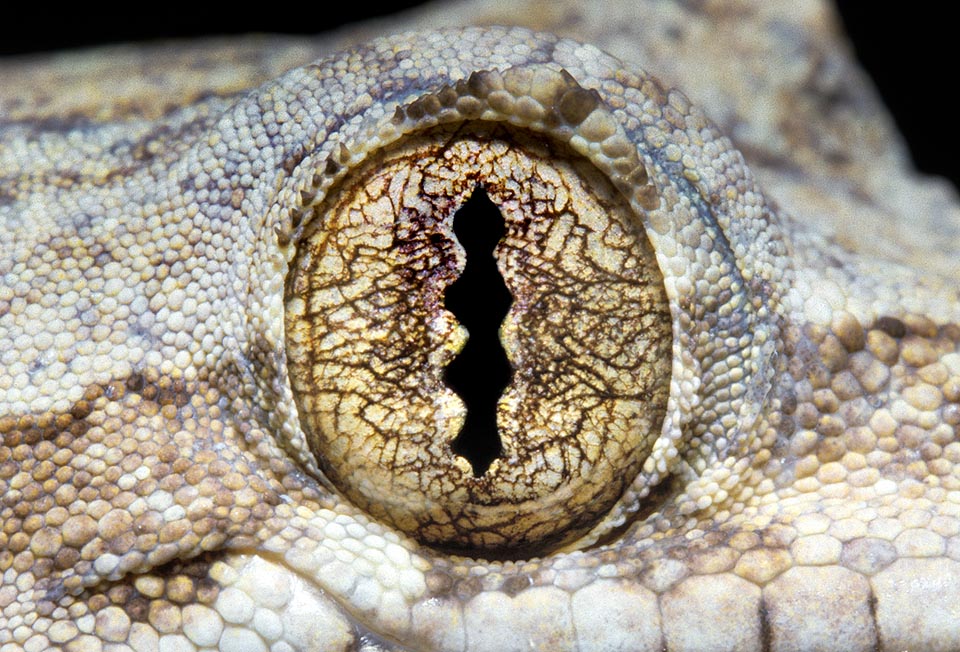 The big eyes with lock-shaped iris, here closed during the day, are made for night hunting of insects, often beetles, in dark forests © Giuseppe Mazza

When this gecko feels observed, on the bark of a tree, where usually rests head down, it moves laterally, slowly, without being noticed, to the other face of the trunk disappearing prudently to the sight of the intruders. Lateral movements that is used to perform every day to find the right position before jumping on a prey. It mainly nourishes of insects, especially beetles it finds during the night, with its big eyes, even in the darkest forest.

The females lay the eggs under the barks of the trees and the incubation lasts about 10 weeks.