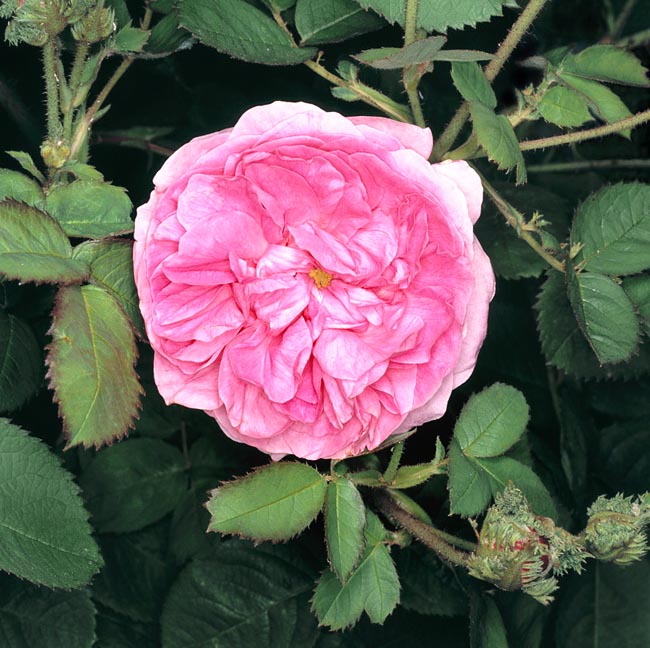 A Centifolia Moss Rose discovered by chance in France by Vilbert in 1826, and also known as ‘Crested Moss’.

It flowers in the spring or during the summer with pink, double corollas in the shape of a cabbage, very scented.

The calyx, covered by mossy outgrowth, has the shape of a tricorne, like the hat of an emperor.