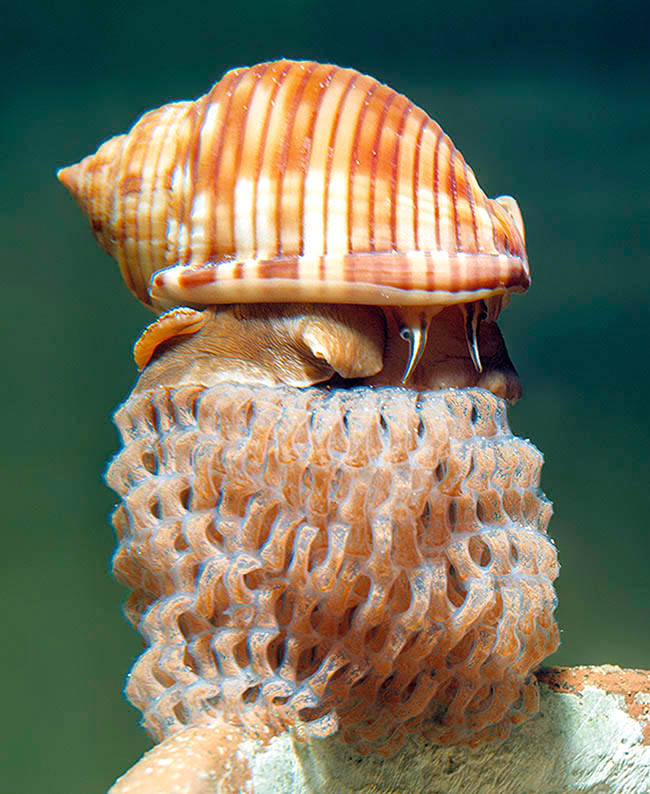 Present in Mediterranean Sea, but also the two temperate coasts of northern Atlantic and in the Caribbean, the Semicassis granulata is an edible gastropod with massive shell that can reach at the most 10 cm. Here portrayed on a cylinder of ovigerous capsules just laid, shows the brown-orange foot and the head with the eyes at the base of the beige tentacles streaked with brown. It lives in the tidal zone at about 180 m of depth, nourishing of echinoderms, mainly sea urchins, paralyzed by a neurotoxic jet of salivary liquid. The shell is grainy and striated © Giuseppe Mazza