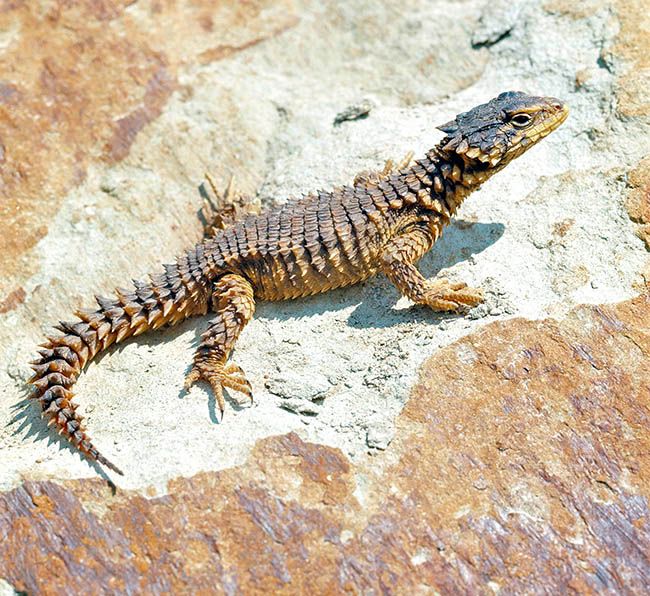 Known also as Cordylus giganteus, the Smaug giganteus is a terrestrial lizard 40 cm long, tail included, endemic to South Africa. It has showy pointed scales, especially around the throat and on the tail, for an armoured body, like a crocodile, and robust nails. The head is triangular with yellow mouth and throat, the colour of the whole is brown, more or less dark. It lives in colonies and each one has its den where spends the night and the winter quiescence. It nourishes of insects, especially coleopters, spiders and small vertebrates. The birth rate is modest: the females, ovoviviparous, generate only 1-3 newborns every two years. Nothing surprising then if the species is shown in the “Red List” of the endangered animals, also for the extension of the agricultural areas and the terrariums trade © Giuseppe Mazza