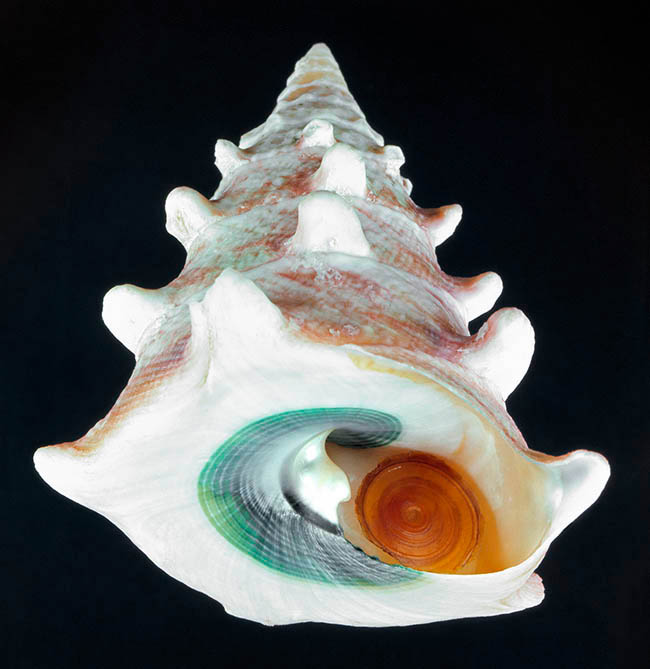 Solid and heavy, with its unusual and unmistakable green spiral close to the operculum, the shell of the Tectus dentatus is sought after by collectors but also, seen its thickness, by the button industry. It has a cone-turreted shape with a dozen of spirals and showy rounded protuberances. This gastropod, present in the Red Sea, Persian Gulf and in the north-western part of the Indian Ocean, nourishes of algae and of the diatom pellicles that it gnaws on the rocks and the dead corals. It has a large foot and its flesh, appreciated by locals, is edible © Giuseppe Mazza