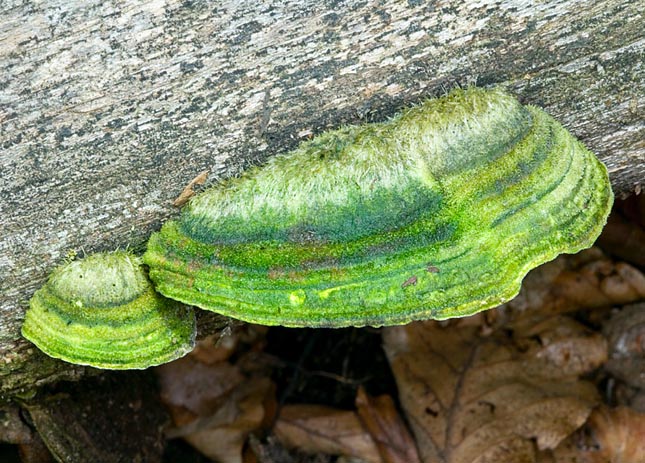 The name comes from the Latin “gibba” which means “hump”, due to the appearance of the cap.

There are no common names in Italy and in Spain: on the contrary, in France it is known as “Tramète bossue”; in Germany as “Buckel-Tramete”, in UK as “Lumpy Bracket”, in USA as “Euro Beech Polypore”.

Hymenium: white-cream pores, with elongated pores, often sinuous, 1 to 5 mm long and up to 1 mm broad; the tubules are whitish, mono or pluri-stratified.

Flesh: the context is thicker close to the substratum, up to 3 cm, coriaceous and fibrous, azoned, of white-cream colour. 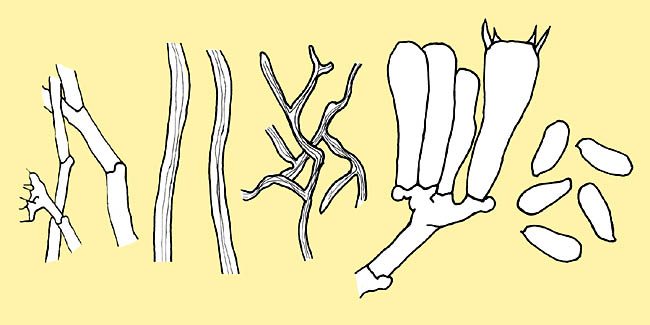 Habitat: annual species; it grows all year round on trunks and on dead stumps of broad-leaved trees, especially of beech.

Edibility: of no value.

Remarks. Annual species, common and diffused in Europe, amply distributed in Italy. It develops from autumn to spring, is normally destroyed by the insects and the parasites to which this species is much appreciated, for this reason it is difficult to conserve its exsiccata. It is very often covered by abundant algae which grant it a greenish colouration. One curiosity: they have found some enormous basidiomata, of even around one metre of breadth.

Similar species are: Trametes hirsuta (Wulfen) Lloyd 1924, which however has roundsh and smaller pores, thin context, pileus surface much velvety to the touch and more elongated spores; Trametes suaveolens (Linnaeus) Fries 1838, which may be similar as colouration but having, however, great and rounded pores, and the flesh emitting a good smell of anise, clearly bigger spores; Lenzites betulina (Linnaeus) Fries 1838 and Lenzites warnieri Durieu & Montagne 1860, similar as pileus appearance but with greyer or brown-ochraceous colours, and having, furthermore, gilled hymenium.