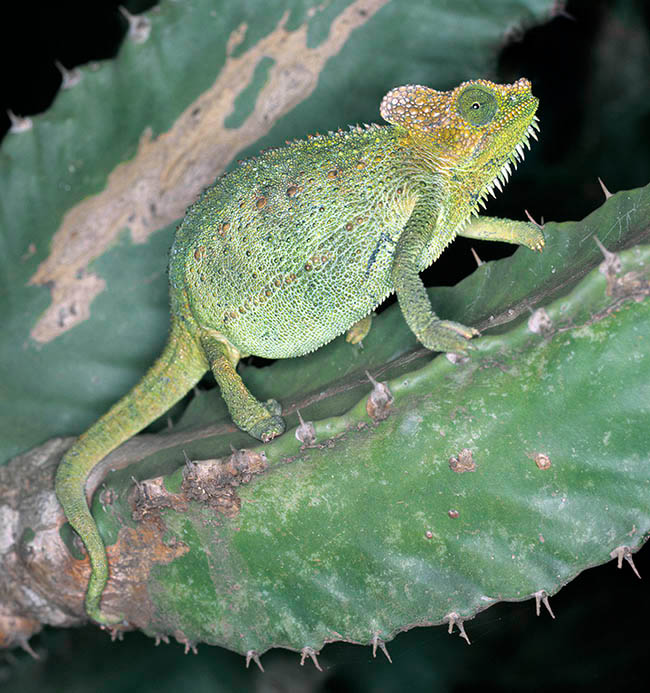 Frequent in Kenya and Uganda up to 4000 m of altitude, the Helmeted chameleon (Trioceros hoehnelii) can be 26 cm long tail included. It has a small horn on the snout and showy lobes, more pronounced in the males, forming a sort of a helmet. The colour is as usual very variable, on green base, but exist brown-reddish or bicoloured specimens with yellow head. When in the morning it exposes to the sun, to absorb the heat as much as possible it becomes wholly black, like when competing with a rival or sees a snake on its tree. In this circumstance not only becomes black but turns in a ball and lets itself to drop to the ground pretending to be dead. It will revive later, but only after having seen that the snake has forgotten it and continues calmly its path among the branches. The females of this species are ovoviviparous and generate 4-22 newborns, gluing to the trees eggs at end of incubation that hatch immediately © Giuseppe Mazza