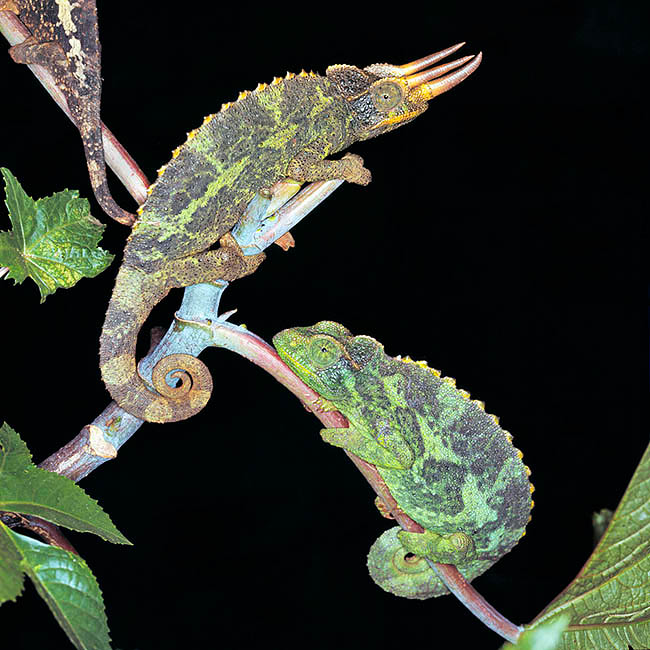 The Jackson’s horned chameleon or Jackson’s chameleon (Trioceros jacksonii) is present in eastern Africa up to more than 2000 m of altitude. About 30 cm long, can be at once recognized due three typical horns of the male: two on the front and one on the nose, whilst the female has only one tiny horn before the eyes. As always in chameleons the bottle-green colour in spots of this arboreal species changes quickly adapting to the environment, whilst the independent eyes explore the branches. Once a prey is localized, they focus it with binocular vision and extend in five hundredths of second a tongue longer than the body that they retract with the stuck prey in twenty hundredths of second. The females, ovoviviparous, generate 7-30 newborns protected by casings attached to the branches. They are immediately holed by the young that get out already autonomous, about 4-5 cm long © Giuseppe Mazza