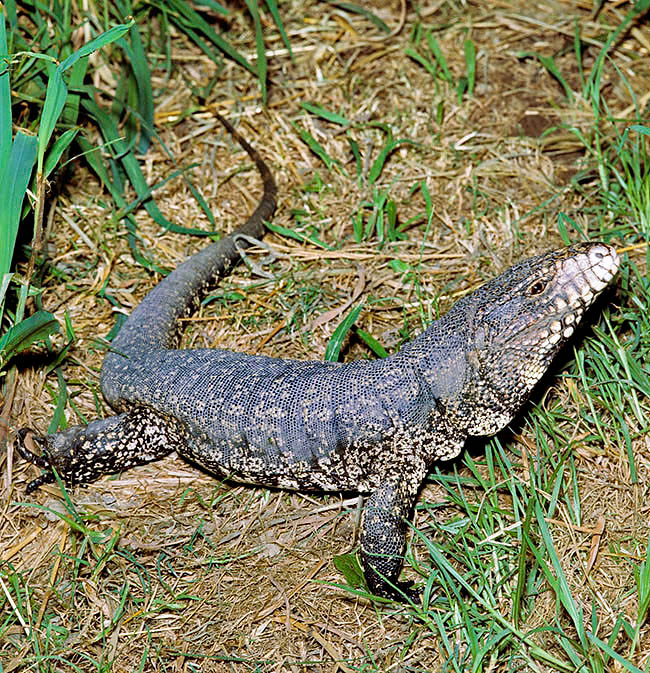 100-150 cm long the Common tegu (Tupinambis teguixin) is one of the greatest lizards of South America. The head is massive, long and pointed with wide plates and jaws having sharp teeth. The limbs are solid like columns and the tail, longer than the body, reveals in case of attacks to be a powerful whip no less fearful than the bites. However, it is a shy and wary animal , who does not look for confrontation but escapes quickly to hide into the thick vegetation of the environments where it lives, helped by its green-olive or brown-dark livery with clear dots and various camouflaging bands. Very voracious, it contempts only when young of spiders and insects, attacking then all small vertebrates that fall within range, including frogs, crustaceans and fishes, being a skilled swimmer. Has a weakness for the eggs of the Crocodylus intermedius of Orinoco and doesn’t ignore fruits, grass and flowers. The females lay usually in the mounds 12-30 eggs and at birth, after a 3-months incubation, the young measure already 20 cm © Giuseppe Mazza