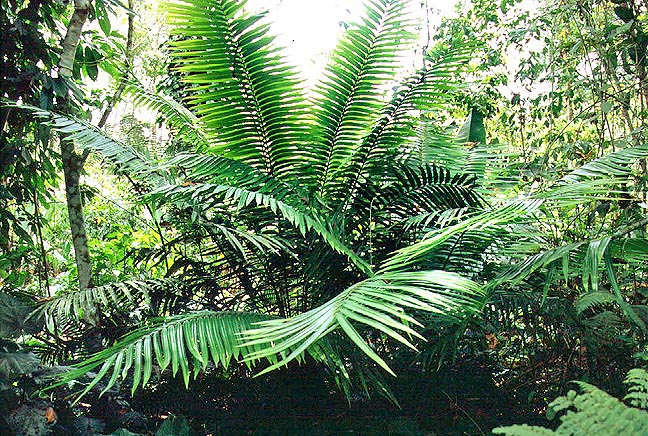 The name of the species is honoured to Jean Jules Linden who was the first to cultivate these plants collected in Ecuador by Benedikt Roezl.

Jean Jules Linden (1817-1898) was a Belgian businessman with a great passion for the plants and the explorations.

He studied at the Athénée Royal in Luxemburg and attended the faculty of sciences at the Brussels Free University; then he left in 1835, with Nicolas Funck (1816-1896) and Auguste Ghiesbreght (1810-1893) for Rio de Janeiro.

For two years, they collected and listed in Brazil animals and plants, and he was particularly impressed by the beauty of the orchids, to which he dedicated, later on, several explorations and books.

He radically changed the cultivation of these plants in Europe, where they were kept too much in the warmth, directing for some time the zoological and botanical garden of Brussels, and devoting himself, later, to their industrial cultivation, getting numerous international awards. 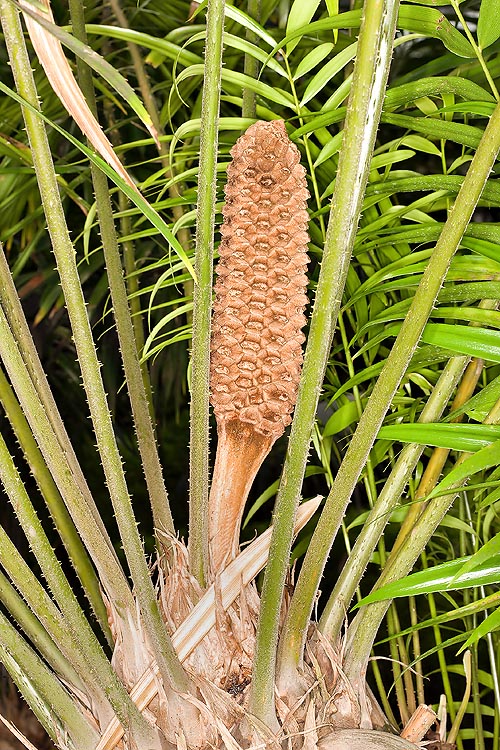 He involved and impassioned many people, among them the Czech explorer Benedict Roezl (1824-1885), gardener and botanist, perhaps the most famous orchids collector of the time, who travelled all over the American continent, looking for them and discovering in Ecuador, at Esmeraldas, this cycad, called by the natives “Palma de Goma”.

André, who described this species in 1875, made it on the base of living material cultivated by Linden, and baptized it as Aulacophyllum lindeni, nowadays known as Zamia Lindenii.

This species has been considered as a synonym of Zamia poeppigiana.
This last one is found in Peru, whereas Zamia lindenii grows on the slopes of the Andes of lower Pacific of Ecuador, and the extreme south of Colombia.
The two species are geographically and genetically isolated by the Andes.

The main characters which may be utilized for separating them are the female cone, pendant, with tiny smooth, oval seeds, and the new leaves, of a bright green, which easily distinguish from those of the Zamia poeppigiana, without any doubt its closest relative.

The associated flora is dominated by plants belonging to the coffee and fig family and to the subfamily of the Faboideae.

The average annual rainfall, with the maximum from May to November, is of 1400-3500 mm.

The plants are huge and treelike, with at least 3 m long leaves.

An interesting character, found in cultivation in the plants coming from some populations of Ecuador, concerns the female cone.

Often, but not always, on the axis of the old female cones get out new leaves, which may be even numerous, independently from the fact that the cones have been pollinated successfully, or not.

This phenomenon has been observed on this species only. If, in fact, other cycads may produce at times a terminal growth, this one then does not originate a new plant. 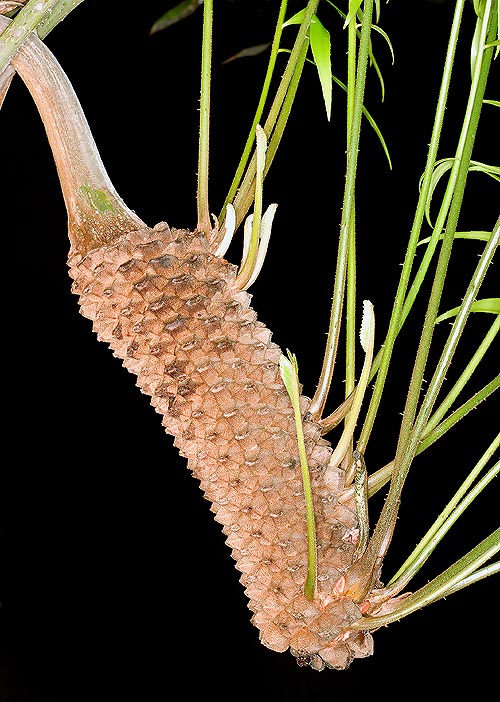 The phenomenon has been observed in Thailand, at the Tropical Botanical Garden of Nong Nooch, as well as in USA, in the Marie Selby Botanical Orchard in Florida.

More than 30 plants have been successfully cultivated from a single cone. The resulting progeny is now firmly stabilized and has produced roots and several new generations of leaves.

However, we still do not know if this happens also in the wild. Till now there are no confirmed reports about this matter.

The Zamia lindenii may be 80 to 160 cm tall, with an arborescent posture and a trunk of about 21 cm of diameter, covered by cartaceous cataphylls, cuneate at the base and sharp at the apex, up to 2 cm broad and about 9 cm long.

A plant may carry even 28 of them, and they appear divided in 25-56 pinnulae, very elegant, long and lanceolate, at times coupled in the upper half, sharp at the apex.

The male plants have 3-6 strobili, initially erect, then hanging, 3-5 cm broad and 25-38 cm tall. The colour goes from the beige to the brown, and are rigid also during the dispersion of the pollen, carried by tomentose, 15-18 cm peduncles, dark brown, with 1,5-1,9 cm of diameter.

The female plants carry from one to five ovulate strobili. Cylindrical and tomentose, with a colour varying from the intense cream to brown, they each the 28-42 cm of height with a diameter of 9-10 cm. Supported by an 18-23 cm peduncle, 3,5-4 cm broad, they tilt down while growing up, assuming the typical pendant position.

The seeds, red outside, ovoid, flat, rounded at the apex and pointed at the attachment, measure 22-25 mm.

The male cones contain several small coleopterans, object of researches on the field and under identification, which take care of the transport of the pollen, as it happens, anyway, with the Curculionidae in other species of Zamiaceae. 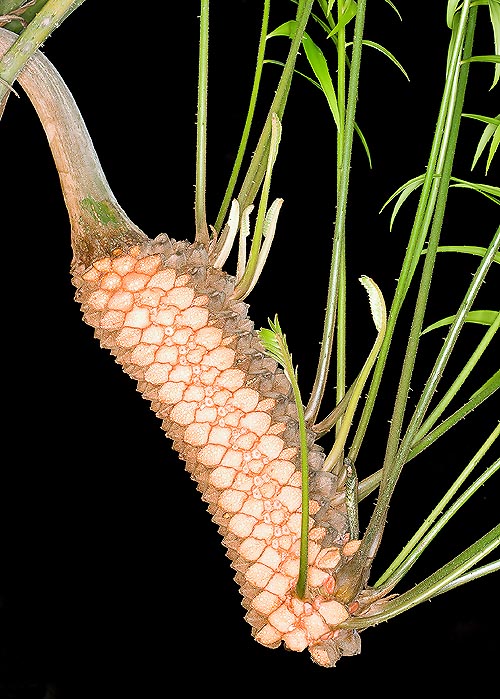 For attracting them, when the pollen is ripe, the male cones release a foetid and characteristic smell of humid humus, which, by sure, cannot be ignored.

This is not entrusted, as often happens, to mice or rats, which usually abandon them in the cracks of the soil, whilst here we find them in germination at about 10 cm of depth.

It is therefore thought that they are carried by a burrowing animal, familiar in the under-wood, like, for instance, the Agouti (Dasyprocta punctata).

This species,which when adult overcomes the metre and a half, is already in condition to reproduce when still young, as soon as the trunk reaches the 25-30 cm of height.

Even if, at times, they skip a year, the females may produce in the same time 5 big cones, with a yield of 410 seeds per cone, which will take about one year for ripening.

The males produce 3-6 cones by year; these ripen in staggered timings.

The seeds are edible; the sap is utilized as hydrosoluble glue, and the local populations utilize various parts of the plant in their traditional medicine.

Once common in the lowlands of the seasonal pluvial forest, from the coastal flat lands and on the foothills of the Cordillera Occidental in Ecuador and also perhaps in the extreme south-western Colombia, nowadays the population of Zamia lindenii results to be drastically reduced by the uncontrolled deforestation, and even if some few protected areas do exist, its has given proof of adaptability, reproducing also in full sun in environments strongly degraded by the human activities.

But in these new habitats the larvae of a small butterfly, the Attea, which usually limits to eat the young leaves, attack the plants so much to exterminate them by defoliation.