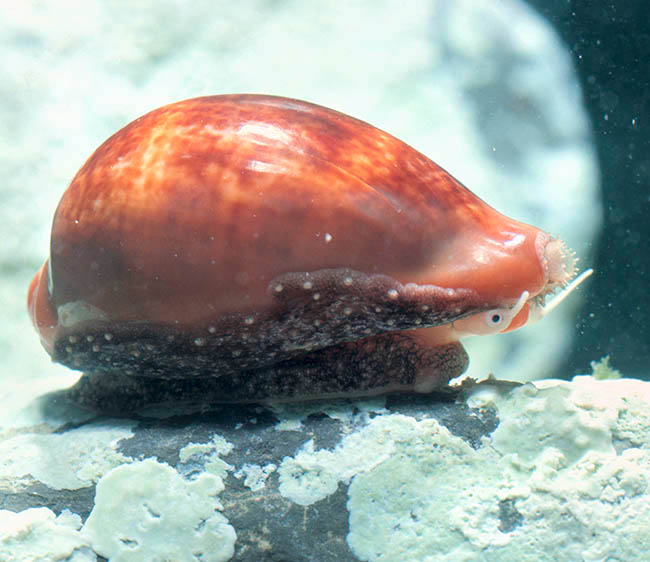 With its sparkling pyriform shell of 3-4 cm, orange brown, the Zonaria pyrum is a small jewel of the Mediterranean, present also along the eastern coast of the Atlantic up to the North Sea and Namibia. The mantle, of a similar colour with white cream punctuations and lattices, can, as usual, cover the shell of mollusk during its displacements. The sensitive papillae are conical and little showy. It is an omnivorous species that often takes refuge during the day under pebbles but it may be encountered also on sandy seabed and submerged prairies; usually at 20-50 m of depth © Giuseppe Mazza