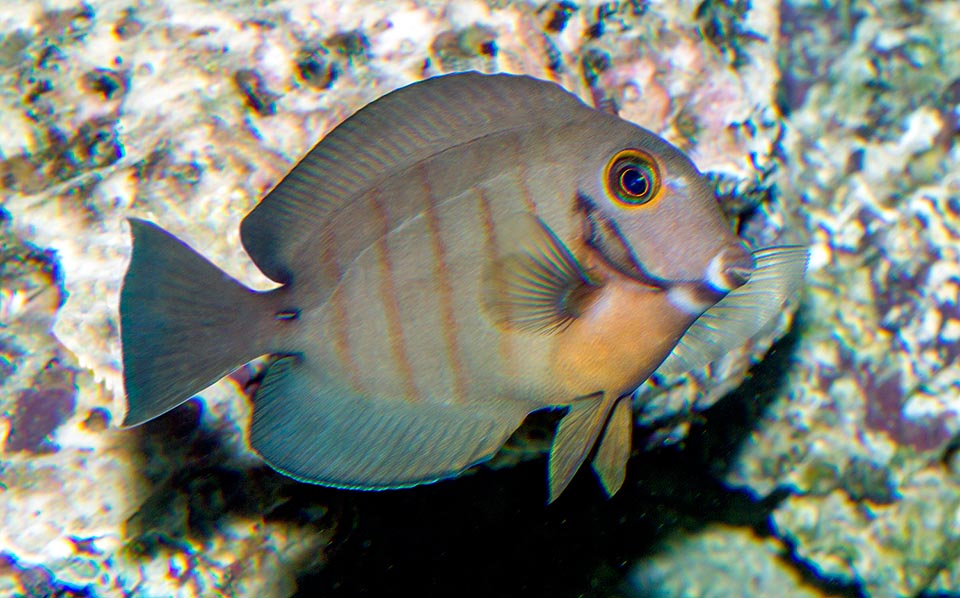 Acanthurus tristis lives in Indian Ocean tropical waters. Can be 25 cm long at most with colour changing after the mood and the environment © Giuseppe Mazza

The Blackcheek surgeonfish or Yellowspot surgeonfish (Acanthurus tristis Randall, 1993), belongs to the class of the Actinopterygii, the ray-finned fishes, to the order of the Perciformes and to the family Acanthuridae.

The name of the genus Acanthurus comes from the Greek “kantha”, spine, and ‘ura’ = tail, due to the characteristic sharp spine these fishes have on both sides of the caudal peduncle. 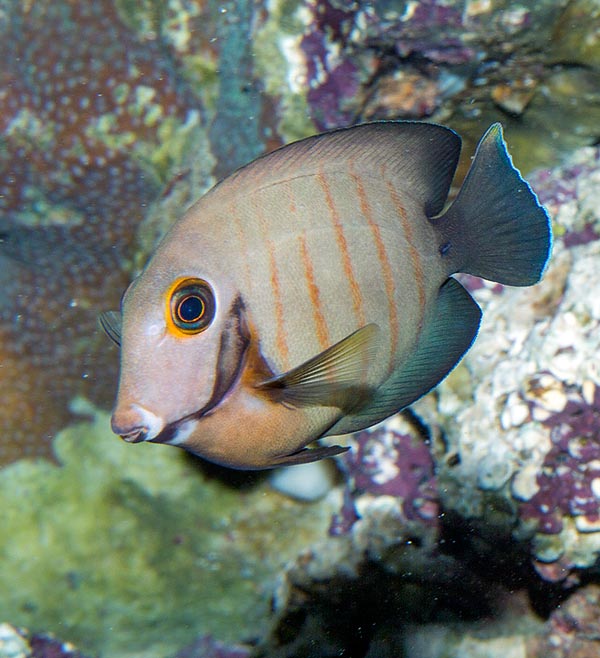 The specific name of sad seems coming from the dark eyes. Dark look and surely not showy colours © Giuseppe Mazza

The name of the species tristis , sad in Latin, gets probably its origin from the dark eye, a dark look that certainly does not radiate cheerfullness.

It lives in the tropical waters of the Indian Ocean. Going eastwards, we find it at the Seychelles Islands, the Chagos, the Maldives, in Sri Lanka, the Andaman Islands and along the coasts of Burma and Thailand, up to Indonesia.

It swims in relatively shallow waters. It loves the lagoons, to graze calmly among rocks, corals and sandy bottoms covered by a tasty film of microscopic algae and debris. It never goes down more than 30 m of depth.

The Acanthurus tristis does not exceed the length of 25 cm.

The sharp blade of the caudal peduncle is evidenced, as often is the case, by a black horizontal case. In the adults, the basic colour is brown, more or less pale, more or less pinkish or blue depending on the mood of the fish, and the caudal has a quite showy white rear border. After two white traits under the lips, the underchin is orange as well as the part near to the ventral fins.

To note the black trait of the operculum, parallel to the profile of the head. 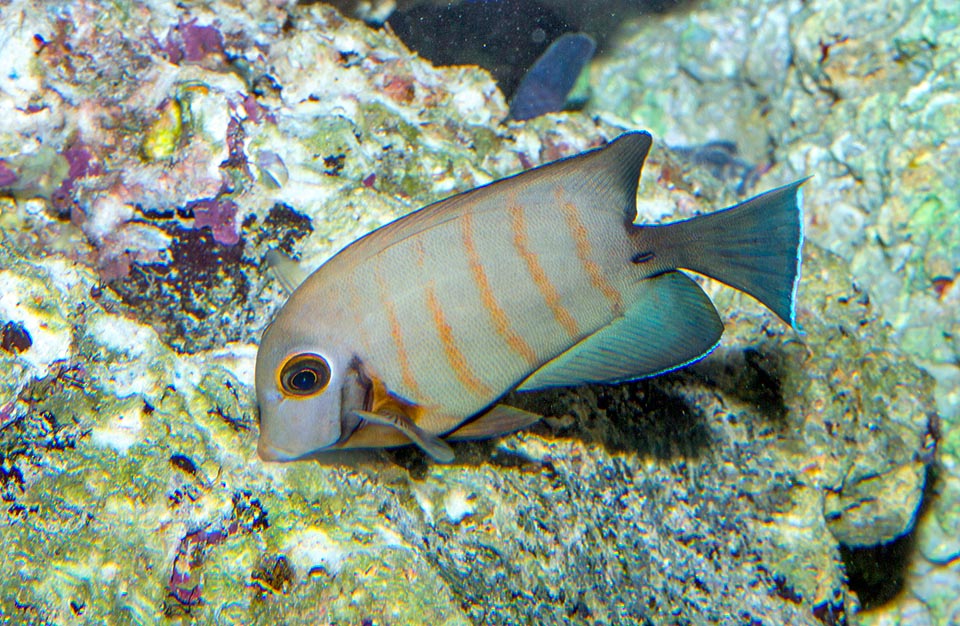 The Blackcheek surgeonfish nourishes mainly of filamentous algae and debris. The males do show a courting livery and the fecundated eggs are abandoned to the currents. In Bali, in 2001, they have observed males hybrids with the Acanthurus pyroferus. 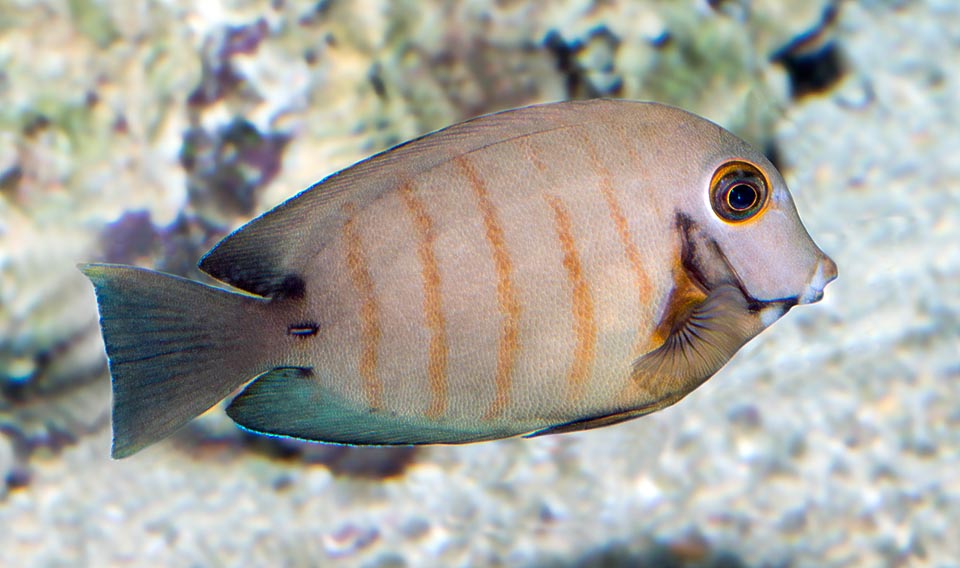 Here it is running passing from a rock to another. The base colour tends now to pinkish and are well visible the typical vertical dark bands © Giuseppe Mazza

The Acanthurus tristis is sometimes fished when young for the aquaria market and in Thailand the adults end up in the pan like the other fishes. The vulnerability index of the species is fairly low, marking only 24 on a scale of 100, thanks also to an outstanding resilience that allows, if needed, to double the members in less than 15 months.