The species is native to Andaman Islands, Australia, Borneo, Cambodia, Caroline Islands, Eastern Himalaya (Arunachal Pradesh, Bhutan, Darjeeling and Sikkim), Java, Laos, Lesser Sunda Islands, Moluccas, Myanmar, New Guinea, Peninsular Malaysia, Philippines, Salomon Islands, Singapore, Sulawesi, Sumatra, Thailand and Vietnam, where it grows on the trees of the forests at the margins of waterways or in open spaces, from the sea level up to about 1000 m of altitude. 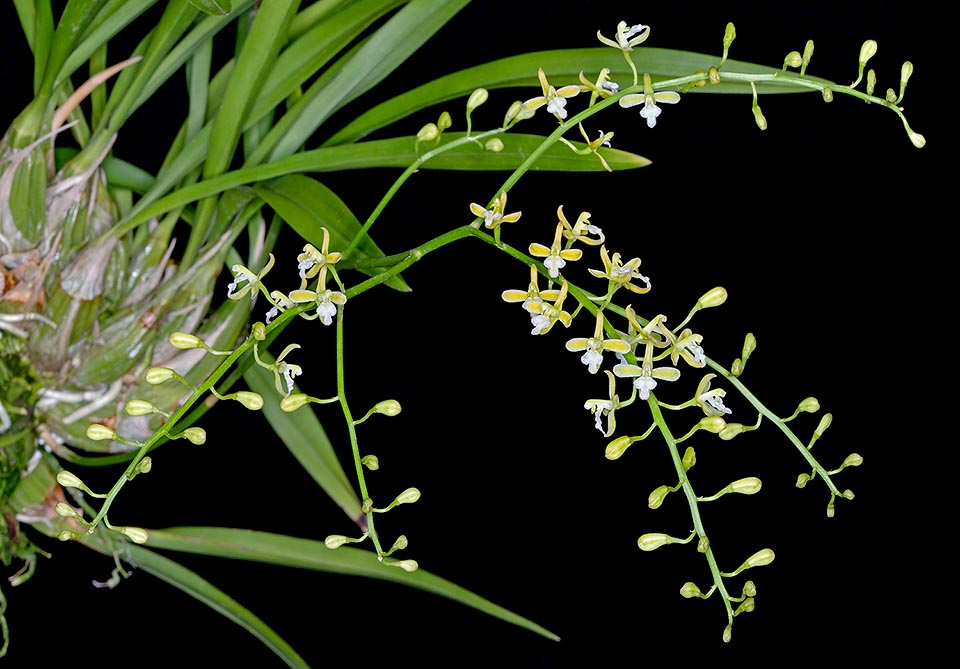 The Acriopsis liliifolia (J.Koenig) Seidenf. (1995) is as an epiphytic species with erect close pseudobulbs, ovate, longitudinally grooved, 3-5 cm long and of 1,5 cm of diameter, equipped at the apex with two, rarely three, linear-lanceolate leaves, 10-20 cm long and 0,7-1,5 cm broad, of pale green colour; the roots, very ramified, form a compact mass at the base of the plant that forms an accumulation area of vegetal debris that contribute to its nourishment. 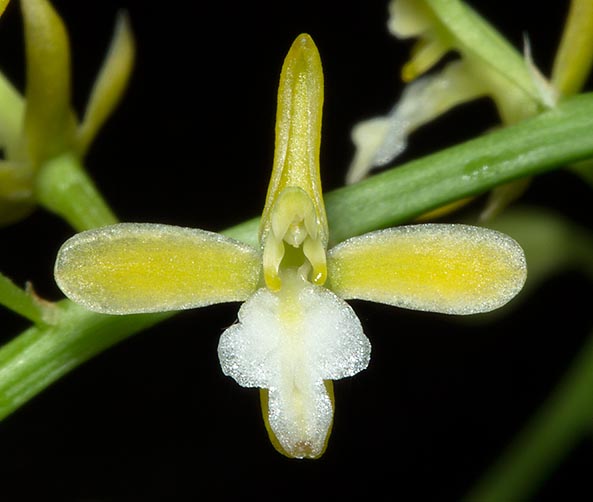 The tiny flowers have often yellow sepals, not longer than 5-6 mm, like the trilobed labellum. The decoction of the whole plant is locally used as febrifuge in the popular medicine © Giuseppe Mazza

The fruits are globose capsules of 1,5 cm of diameter. It reproduces by seed, in vitro, and by division, with each section provided of 3-4 pseudobulbs.

Floriferous species amply diffused in a wide area of South-East Asia, requires a very luminous position, even filtered sun light, and high temperatures, with lowest winter night ones not under the 15 °C. The waterings must be abundant during the vegetative period, rather spaced during the resting one. For the waterings and the nebulizations must be used rain water, demineralized or by reverse osmosis and for the fertilizations, during the growth period, a hydrosoluble balanced product, with microelements, at half the dosage suggested on the package. It is usually cultivated on bark, trunks, cork rafts or of roots of arborescent ferns, but may be utilized pots, preferably of earthenware, with compost formed by medium sized bark fragments. Repottings and eventual divisions are to be done when the new roots do appear.

The decoction of the whole plant is used in the popular medicine as febrifuge.