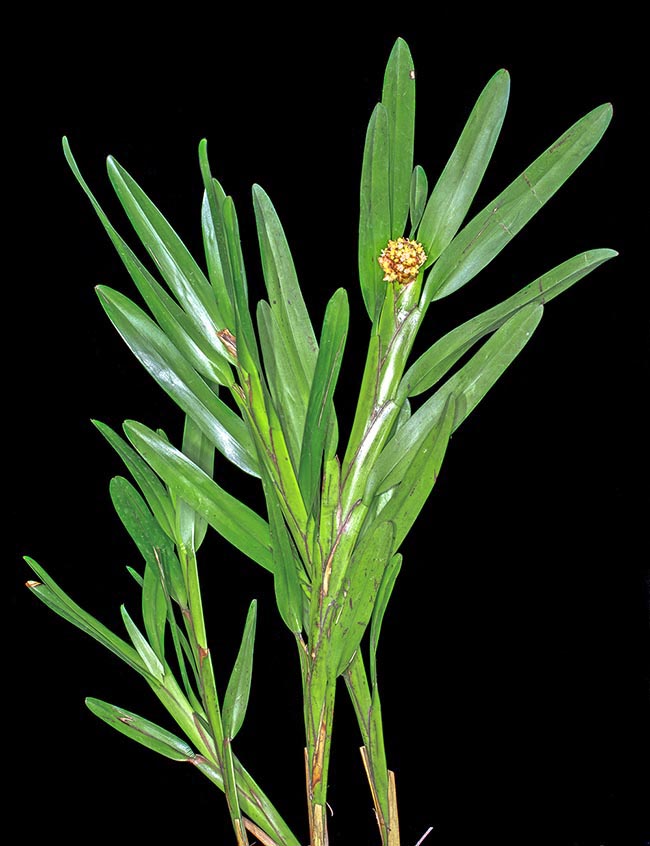 Agrostophyllum majus Hook.f. (1890) is a species included in the tribe Epidendreae and in the subtribe

Agrostophyllinae, belonging to the family Orchidaceae.

It has been reported in Thailand, Borneo, Java, Malaysia, Solomon Islands, Sulawesi and Vanuatu, at an altitude between 200 and 1500 metres.

Agrostophyllum majus grows chiefly in the humid tropical forests on trunks or on branches of trees even dead. It is often confused with Agrostophyllum longifolium (Blume) Rchb.f., that shares its same range, but this last differs due to the size of the leaves and the shape of the labellum.

The specific epithet comes from the Latin “majus”, greater and refers to the size of its leafy branches.

The genus Agrostophyllum, formed by about 100 species, has a disjointed range.

The Kelabit people of the territory Sarawak (Malaysia) wear the inflorescences of some species of the genus as a spell to protect themselves from curses.

Agrostophyllum majus is usually an epiphyte, but there are populations growing also on the litter or on the moss of the soil in open sites, at 1350-1500 metres above the sea level (Sicike-cike Natural Park, North Sumatra). In North Samosir (North Sumatra) the species has been found at an altitude of 1557 m where the temperature of the air was standing between 15-19 °C and the soil has a pH 5. On the granite outcrops of Mount Jerai (Gunung Jerai) in north-western peninsular Malaysia, at 900 m of altitude, this species is also a lithophyte.

Agrostophyllum majus is a herbaceous species with a leafy appearance, having no pseudobulbs, with erect, up to 1 m long, thin stems, flattened bilaterally, with 2-4 cm long internodes. 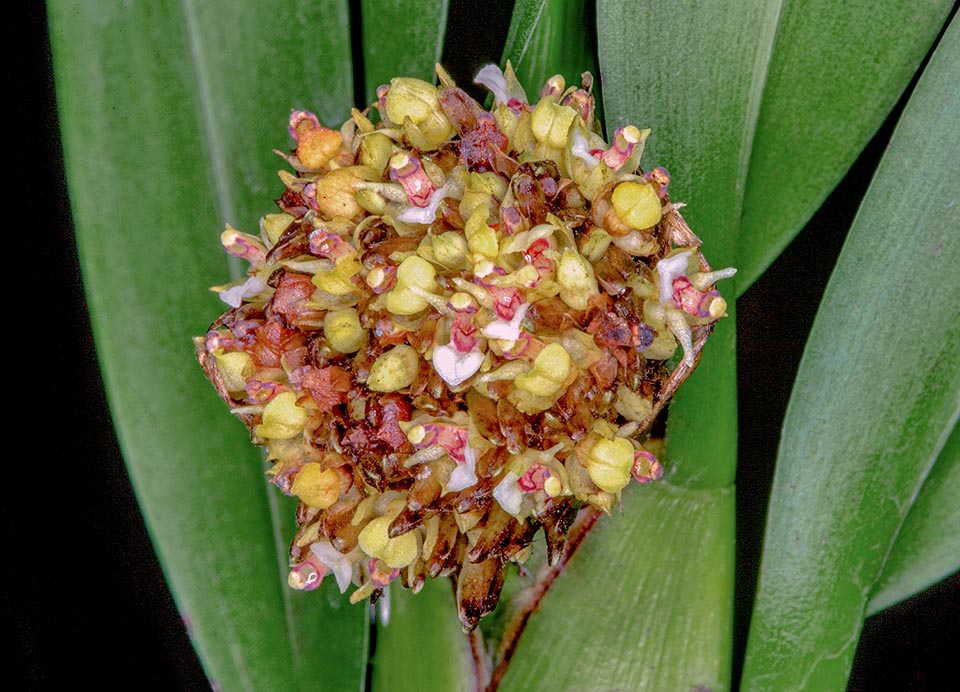 The stems rise from the robust rhizome, up to 75 cm long, and bear leaves distant about 3,5 cm from each other. They have a disthic disposition and form an acute angle with the stem. They are numerous, big, 10-18 x 1,6 cm. The laminae, bordered in black or brown, vary from narrow and oblong to linear- lanceolate, being the lower smaller than the upper ones, with overlapping sheaths (imbricate) wrapping the stem.

The inflorescences, all apical, have the shape of globose capitula, of 2,5-3 cm of diametre, formed by bracts having numerous flowers.

The flowers, typically resupinate, are small, from 0,5 to 0,7 cm with free sepals and petals of pale yellow colour, crimson on part of the lip and on the edges of the column. The 2 x 1,3 mm dorsal sepal is erect, little acuminate. The lateral sepals, like the dorsal, are expanded, keeled on the back. 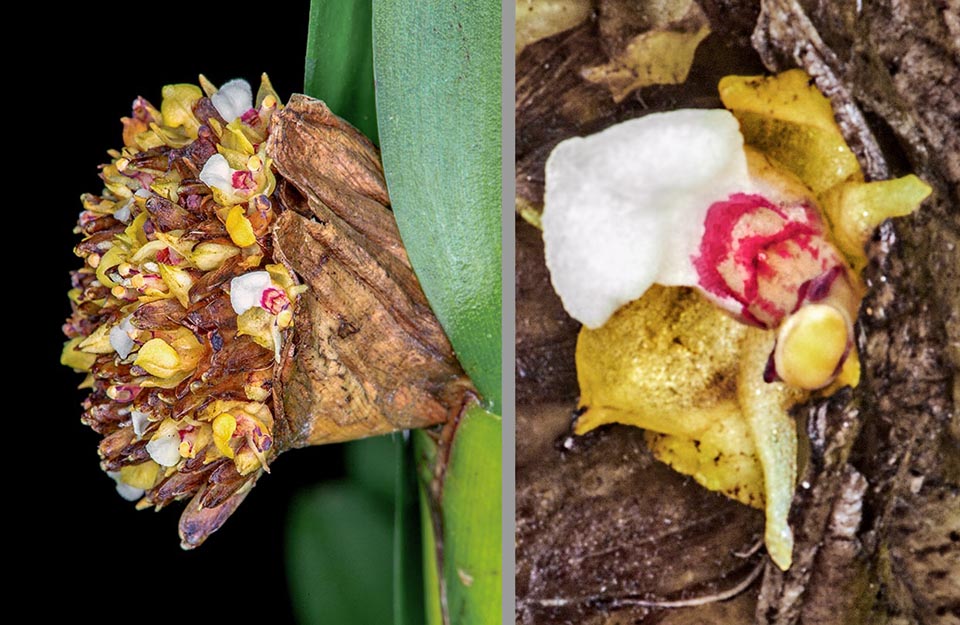 The petals are as long as the sepals but narrower. The lip measures about 2,5 mm, is usually entire with saccate base. The about 3 mm column is curved with an enlarged base and rudimental foot. The pollinodia, normally 8, are waxy, with a short caudicle on the viscidium. The stigma is concave. The rostellum is sub triangular and voluminous.

The fruits are capsules that release several seeds.

This orchid can grow in the cold climates but is little cultivated as an ornamental plant excluding some Orchards and Botanic Gardens.