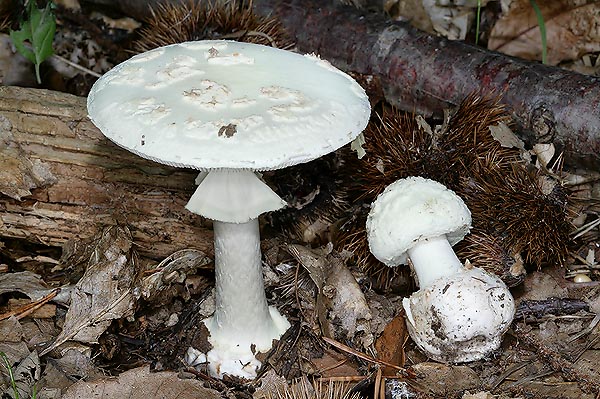 The name of the species comes from the Latin citrum (=lemon), with reference to its colour.

The Section Mappae is characterized by basidiomata with general or universal veil with mixed hyphal structure: filamentous at the base and sphaerocystic in the upper half, so that with the growth the veil tears close to the margin of the cap, leaving some floccose remains on it; the other half remains at the base of the stipe in form of a volva adnate to the bulb, forming a “circumcised” small collar. Other characters which distinguish the Section are: non striated margin of the cap and base of the stipe
clearly bulbous.

Cap: 8-12 cm, normally fleshy, from globose to hemispheric to convex to flat, with smooth margin, pale yellow-white, citrine-yellow, at times with light green tones, smooth margin, with more or less decoration of small patches or whitish-cream floccosities, which can easily disappear, and brown when ripe. 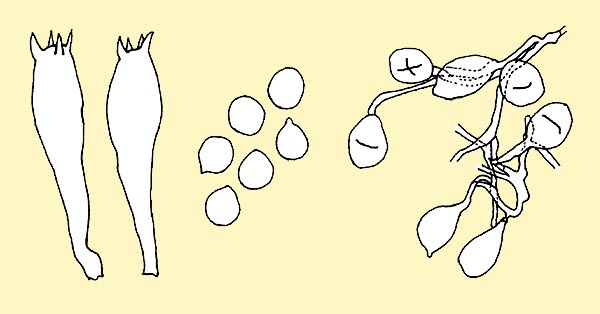 Edibility: not edible, due to its bad horse-radish smell.

Amanita asteropus Sabo ex Romagnesi 1963, from which it differs mainly for the big bulb clearly edged and pentagonal, star-shaped (from which the Latin name).

Remarks: In the old times, it was mistaken with the A. phalloides (poisonous-deadly), and consequently, considered as poisonous too, but, on the contrary, it is harmless, but uneatable due to its unpleasant smell. The Amanita citrina , easily mistaken with the A. phalloides , also because often they share the same growing area, differentiates for the following characters: big, bulky, bulb, circumcised volva, patches on the cap, horse-radish smell. The A. phalloides shows: sac-like volva, wide and free, glabrous cap with innate fibrils, furthermore does not have an unpleasant smell.