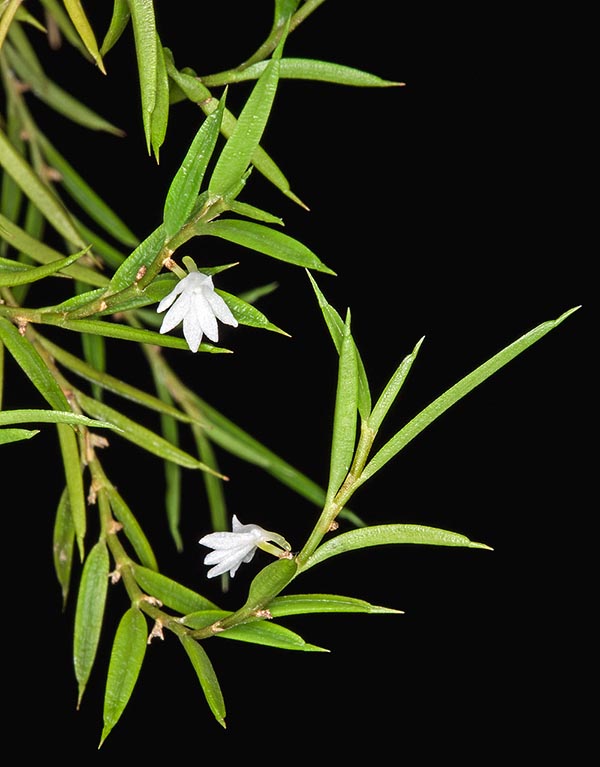 The species is native to Equatorial Guinea and Gabon where it lives at the margins of the humid forests and thickets between the 600 and 1200 m of altitude.

The name of the genus comes from the Malay ”angurek” utilized for epiphytic orchids; the name of the species is the Latin adjective “atlanticus, a, um” = of the Atlantic Ocean, with reference to the places where it was found located on the slopes of the mountain chains that face this ocean.

The Angraecum atlanticum Stévart & Droissart (2010) is an epiphytic species with drooping filiform stems, ramified, 25-35 cm long and of about 1 mm of diameter, with 3-9 mm long internodes.

Subsessile inflorescences opposite to the leaves or arranged along the stem formed by one single tiny flower of white colour, fragrant, on a 4-6 mm long pedicel and ovary.

It reproduces by seed, in vitro, and by division.

Presently (2017) in nature are known only two subpopulations in Gabon and one in Equatorial Guinea, very fragmented, inside national parks in areas difficult to access, but is not excluded the presence of other populations outside the protected zones.

The best conditions of cultivation for this species appear to be those of an intermediate semi-shady greenhouse with daily temperatures of 22-32 °C, lowest night ones not under the 16 °C, high atmospheric humidity, 75-85%, constant ventilation and frequent nebulizations in the morning, using rain water, demineralized or by reverse osmosis at ambient temperature. 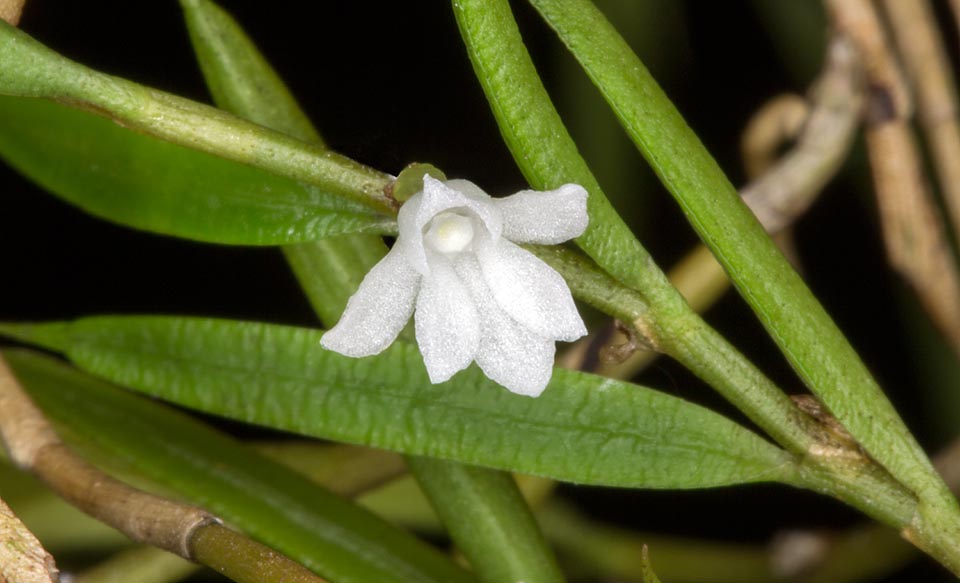 Epiphyte with filiform, ramified and drooping 25-35 cm stems. Subsessile inflorescences, opposite to the leaves or along the stem, foirmed by one single tiny flower © Giuseppe Mazza

It adapts to be mounted on bark or on rafts of cork or of arborescent ferns roots with possible sphagnum at the base in order to maintain the humidity.