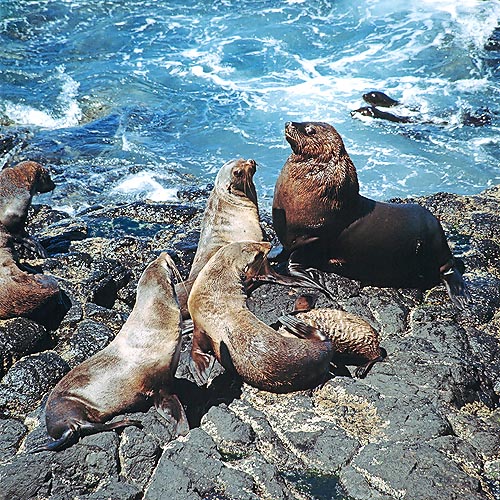 The Arctocephalus pusillus H.H. Scott and C. Lord, 1926, in English, Australian fur seal, belongs to the family of the Otariidae.

The species was discovered by the British biologist, zoologist, embryologist and anthropologist Wood Jones, who describes it in his work “The eared seals of South Australia”, Records of South Australia Museum, 1925, whilst the subspecies or race Arctocephalus pusillus doriferus was described by the Polar biologists and zoologists HH. Scott and C. Lord in their work “Studies on Tasmanian mammals, living and extinct. The eared seals of Tasmania”, Papers of proceedings of the Royal Society of Tasmania, 1926.

They are amphibian animals like the other pinnipeds. Their biotope is the sea and the rocky coasts of islands and continents, where they gather together forming, during the heat season, communities of hundreds and, at times, thousands, of specimens, males and females, and young still under breeding.

The cranial capsule is small, the muzzle has showy and robust vibrissae. The outer ear, little developed, is only outlined. The thoracic cage is ample and robust, the limbs are short; unlike the Phocidae which have a crawling and awkward deambulation as they cannot carry ahead the back flippers, the Otariidae , like the Odobenidae, can turn the back flippers forward, thus providing a partial support in the movements on the dry-land. The eyesight and the sense of smelling appear very developed.

Though the Latin wording “pusillus” means “very small”, the males of this race can reach a weight of 400 kg and a length of 2,6 m. Females are smaller. 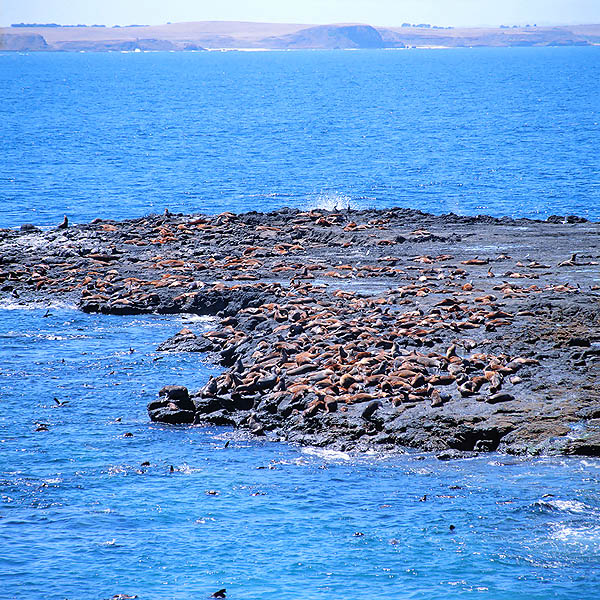 The golden mantle is paler than on the Arctocephalus pusillus from which they derive and seen that they keep the down even after having reached the sexual maturity, they have been victims of a much mire pitiless hunt. The CITES and the IUCN keep now the species under control, and make periodically the count of then population.

The Arctocephalus pusillus doriferus emit many sounds of different types, among which a sort of a bleat during the mating.

The dominant males, during the heat season, that is at the beginning of June, reach the coasts and the dry-land. The females join them about 15 days later, and bring forth as soon as they arrive.

The couplings happen at about one week of post-natal life of the pup, but the oocyte fecundated enters in a dormancy phase (embryonic diapause), remaining in the ovarian tube in a sort of suspended animation, and will reassume the development only when the breeding will cease.

As a matter of fact, until when the pup is not weaned, the mother might impoverish from the bio-energetic point of view and risk the abortion. The harems of the males are formed by 5-6 females, often taken away to the competitors after furious fights.

The Arctocephalus pusillus doriferus nourish of crustaceans, fish and cephalopods seized when in immersion, and during the whole breeding the male provides to the alimentary needs of the female.

The size of such harems is reduced if compared to those of the population of the northern species, organized in a different way with even 50 females per male. Obviously, in this case the females, by turns, autonomously, care themselves and the pups which are left on the coasts, in mega-communities of even 1,5 millions of specimens. When back, the mothers find them with personalized vocal messages, not typical of the genus or the species, but incredibly unique and unmistakable, which can be heard at even 3 km of distance.