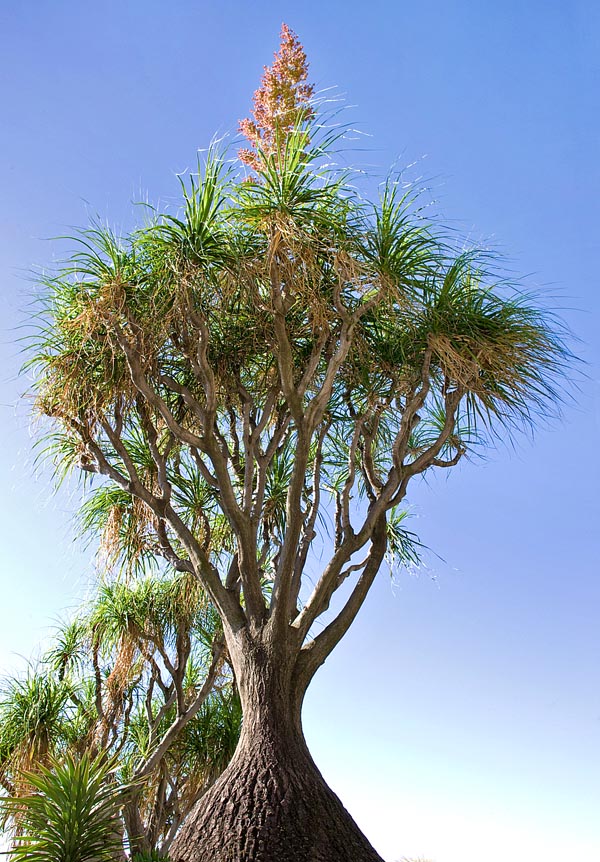 Native to Mexican semi desert zones where it is at risk of extinction, the Beaucarnea recurvata, here in bloom, is a dioecious evergreen species, slow growing, that in nature can be 10 m tall © Giuseppe Mazza

The Beaucarnea recurvata Lem. (1861) is native to the central and south-eastern semi-desert areas of Mexico (Oaxaca, Puebla, San Luis Potosi’, Tamaulipas, Veracruz), where it is at risk of extinction.

The genus is dedicated to the 19th century Belgian collector of succulents Jean-Baptiste Beaucarne; the Latin name of the species “recurvata” = bent, curved, refers to the foliage gait.

Evergreen, slow-growing, dioecious plant, in nature tall up to 8-10 m, it shows a woody stem with a broad base which can have even a diameter of more than 3 m; the apex, not much ramified, is formed by several tufts of linear leaves of an intense glossy green colour, curved, long up to about 1,5 m and 2-2,5 cm broad, with the margins slightly indented. The terminal panicle inflorescences are huge, showy, with tiny cream-white flowers; it starts blooming when 10 years old. The fruit is an about 12 mm long capsule.

Cultivable in full sun in the warm-temperate areas, it can stand, when adult, tempera- tures as low as -5/-7° C for a short time; not much demanding about the soil, provided same is very draining.

Much cultivated in pot as houseplant, it needs a very draining sub stratum, in order to avoid fatal stagnations, and somewhat poor for the plants with already a woody stem, richer when young.

The pots are to be preferably rather small, and the watering, regularly distributed in full summer, provided the soil dries up completely between them, are to be reduced in autumn and spring and almost completely stopped in winter.

The position must be as much luminous as possible, being plants which in nature live un full sun. It multiplies by seed in spring at a temperature of 20-25 °C, by means of the tufts of leaves, which come out at the apex of the plant, during their first stage of growth, or, finally, by means of basal shoots. 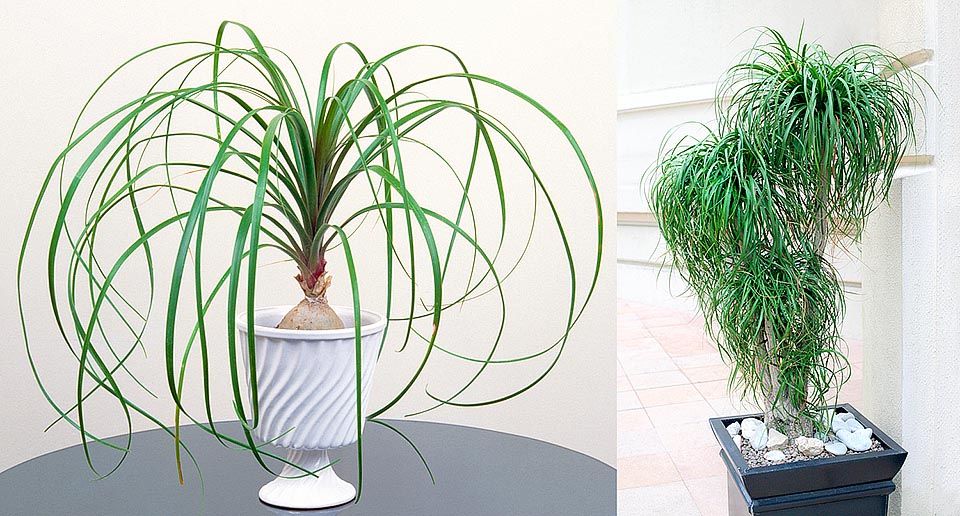