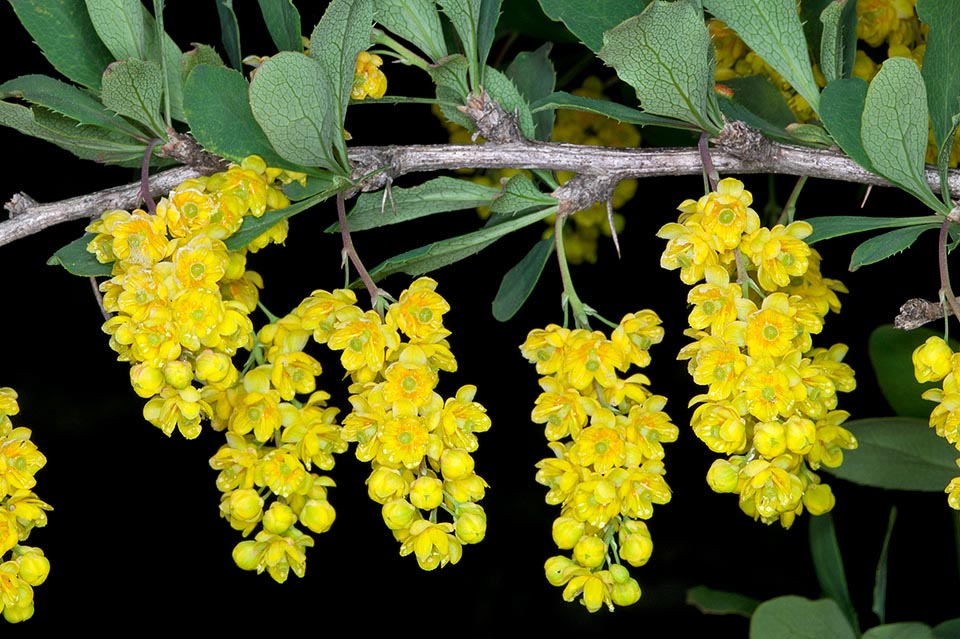 Some Berberidaceae have medicinal virtues, others are ornamental. Berberis vulgaris, here abloom, is the host plant of cereal rust © Giuseppe Mazza

The family of the Berberidaceae is characterized by species with herbaceous or woody habitat, shrubs of herbs, often spiny, distributed from the temperate regions up to the subtropical ones.

The leaves can be simple or compound. The flowers are solitary or united in racemose inflorescences. The flowers are dimerous or trimerous, that is, with cycles of 2 or 3 elements, with 3-4 sepls, 4-6 petals, 4-6 stamens and only one carpel containing many ovules. 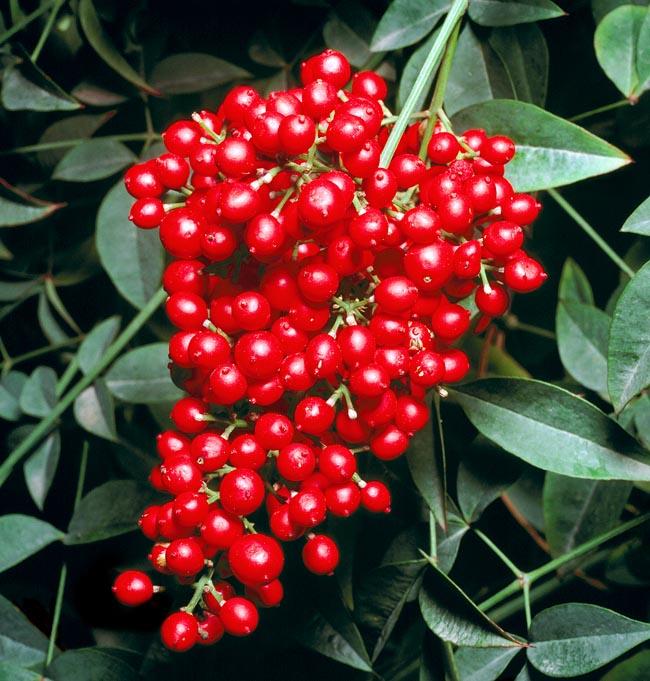 Nandina domestica. The fruits of the Berberidaceae are berries or capsules © Giuseppe Mazza

The fruit is a berry or a capsule.

Among the genera ascribed to this family, we cite Berberis, diffused in North America, South America, Eurasia and North Africa.

In Italy are present the species Berberis vulgaris and B. aetnensis.

The first, known as barberry, is known also for being the plant host of the cereal rust (Puccinia graminis) whilst Berberis aetnensis is a species endemic to South Italy, to Corsica, to Sardinia and Sicily where it forms dense mountainous shrubby growths.

An interesting genus for its medicinal properties is the Epimedium. As a matter of fact, some of its species of western Asia are utilized in the treatment of kidney diseases, impotence, female infertility, rheumatism, asthma, coronary dysfunctions, hypertension.

To the family belong also species being cultivated as ornamental plants in parks and gardens; among these we cite Mahonia aquifolium, bush with pinnate leaves, yellow flowers and bluish berries, and several species of  Berberis much appreciated  because of their showy flowers arranged in axillary clusters and red berries.

→ To appreciate the biodiversity within BERBERIDACEAE family please click here.