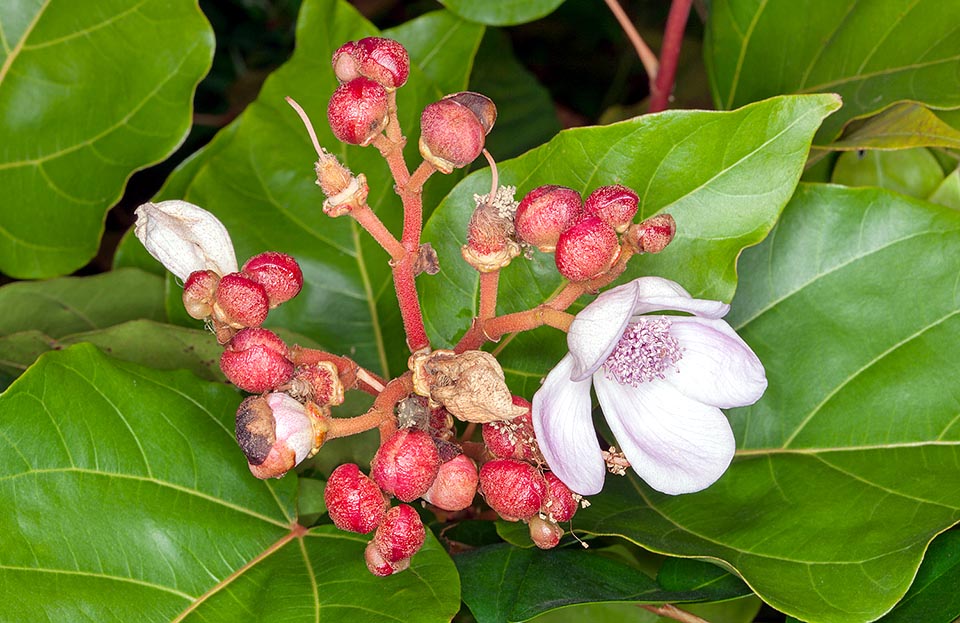 The name of the genus comes from the name of the plant in the Caribs language, “bija”; the species is honoured to Francisco de Orellana (1511ca-1546), Spanish conquistador and explorer, who, starting from Quito, crossing the Andes and travelling along the Amazon river, to which he gave the name, reached its estuary. 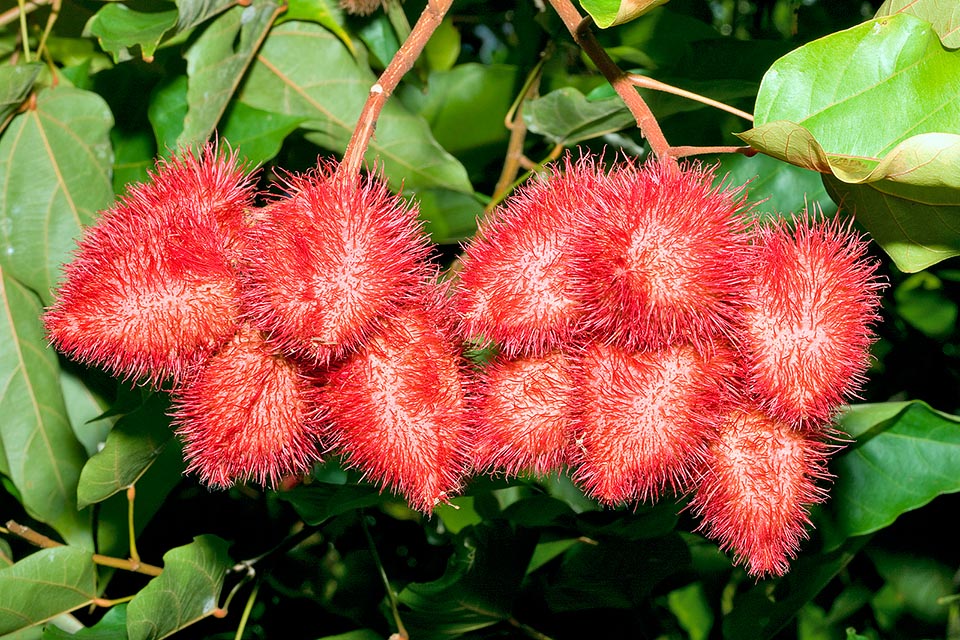 Known for its typical bright red spiny fruits, very decorative and a colouring, the annatto, gotten from seeds, used in cosmetics and in food industry © Giuseppe Mazza

Shrub or evergreen tree, tall even 10 metres, it shows glossy dark green ovate leaves, long up to 18 cm and 12 cm broad. The inflorescences are terminal corymbs, long about 15 cm, with many flowers of about 6 cm of diameter, of white to mauve pink colour. The fruits are ovoid berries with sharp apex, long about 35 mm, usually of a bright red colour, thickly covered by 8 mm long bristles, and containing many small angular seeds, long about 4 mm, from which covering (aril), rich of apo-carotenoids and carotenoids, they get the colouring commonly known as annatto. It reproduces by seed, by woody cutting and air layering.

Besides being widely cultivated for the production of the colouring, which is amply utilized in the food industry, and for the textiles and the cosmetics, it is appreciated as ornamental plant, because of its luxuriant foliage, the flowers and the showy fruits. It can be cultivated in open air in the tropical, and, marginally, in the subtropical zones, elsewhere, it can be cultivated in pot, in order to be sheltered during the cooler months, as it does not bear temperatures even of a few degrees over the 0°C. 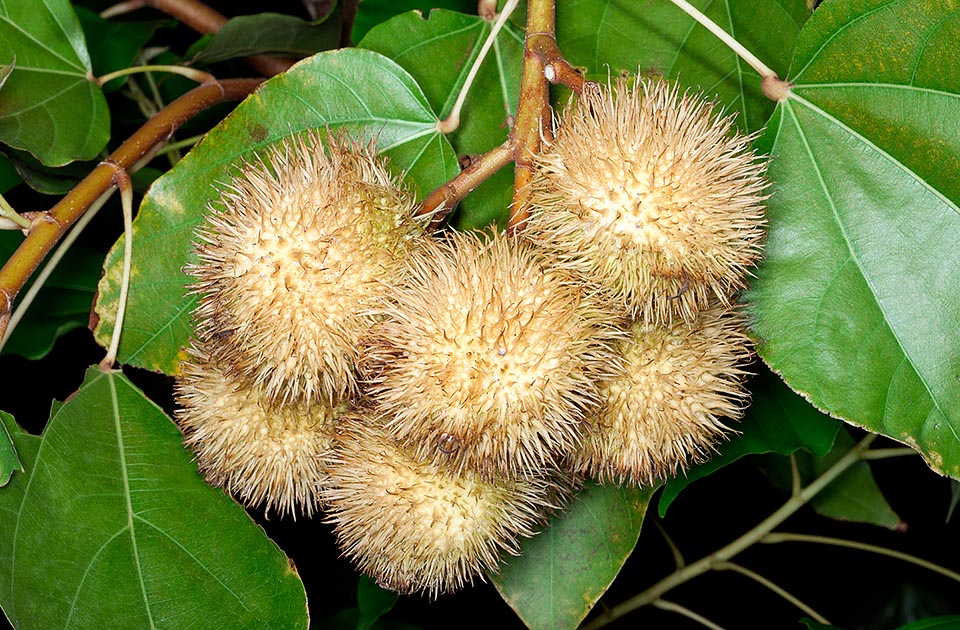 Interesting horticultural form with yellowish fruits. All plant parts are variously utilized by natives in the traditional medicine © Giuseppe Mazza

The best exposition is in full sun, whilst it is not particular in soil, provided well drained and kept humid. Plant cultivated since the old times, not only for extracting the colouring, in fact, all parts of the plant are variously utilized by the natives in the traditional medicine.

→ To appreciate the biodiversity within the BIXACEAE family please click here.