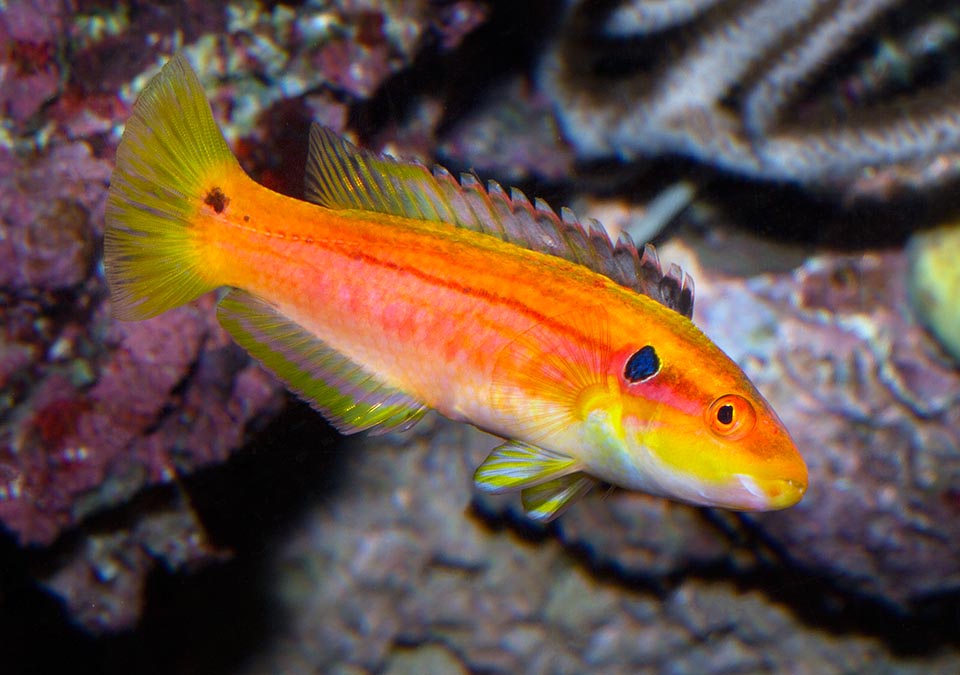 Present in the Red Sea and in tropical Indo-Pacific, Bodianus bimaculatus does not reach 6 cm and is the smallest member of this genus © Giuseppe Mazza

The Bodianus bimaculatus Allen, 1973 belongs to the class of the Actinopterygii, the ray-finned fishes, to the order of the Perciformes and to the family of the Labridae, rich of 71 genera and 549 species, mostly changeable and gaudy.

The name of the genus Bodianus, assigned to about 30 species, gets its origin from the Portuguese “bodiano, pudiano” = shame, due to the often reddened head, as if for shame, frequent in these fishes. The specific term bimaculatus refers in Latin to the presence of two characteristic dark spots: one black bordered of yellow on the operculum, and one smaller, brownish, at the extremity of the caudal peduncle.

The Bodianus bimaculatus has a very vast distribution in the tropical Indo-Pacific. Indicatively, we find it starting from the Red Sea and the Gulf of Aden along the African coast up to South Africa, in Madagascar and adjacent islands, and then in the Maldives and beyond, up to Indonesia, Guinea, Australia, Philippines, Taiwan and the southern part of Japan, whilst, southwards, it reaches New Zealand and, eastwards, the Fiji Islands. 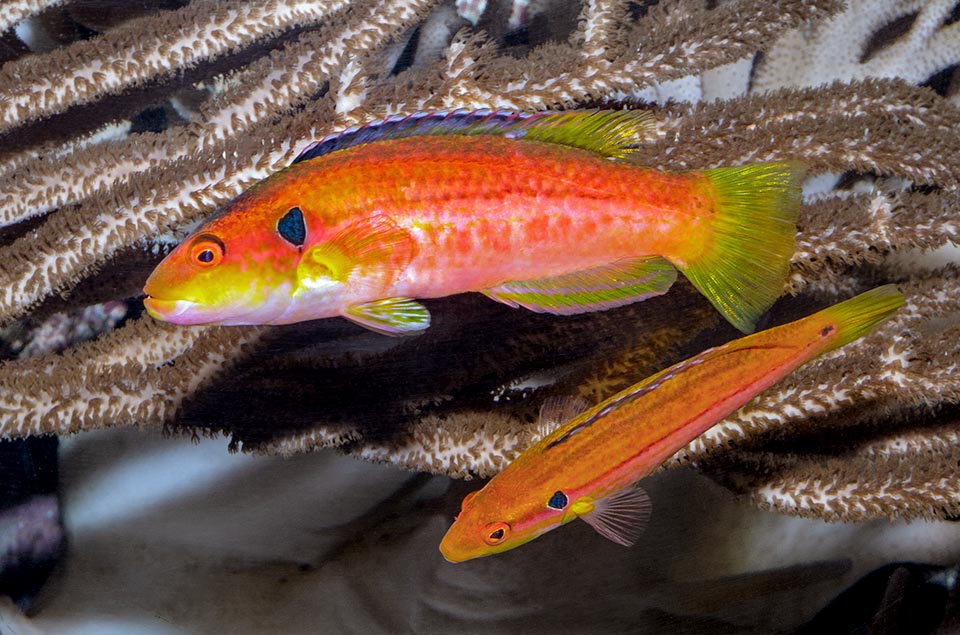 It lives in relatively deep waters, at 30-60 m, in small groups formed by young and females and a big dominant male © Giuseppe Mazza

It swims in relatively shallow waters, at 30-60 m, among the madreporic formations, often on the detrital bottoms forming close to the crevices on the outer side of the reefs among soft sponges and corals.

It is the smallest member of the genus Bodianus with a maximum length of 5,9 cm in the males, notoriously bigger than the females, seen that this is a protogynous hermaphrodite species, where the females, while growing, transform in males. 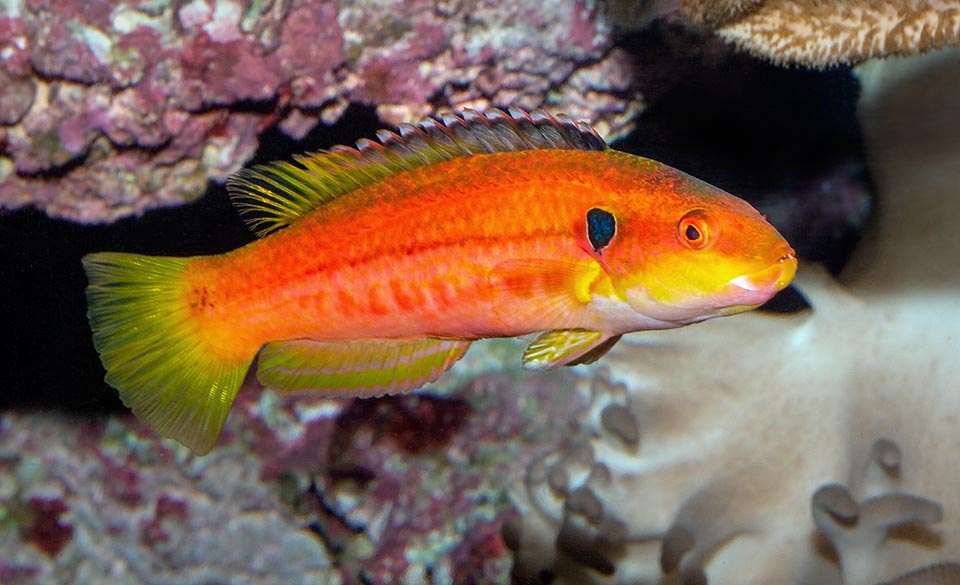 Predates small benthic animals and is often collected for home aquaria. However, it is a very common species and is not endangered © Giuseppe Mazza

The livery changes with the age and shows a certain sexual dimorphism.

The Bodianus bimaculatus live in small schools formed by young males and females with a dominant male. They nourish of the small benthic animals they find while exploring the corals: small crustaceans, gastropod and bivalve mollusks, sea urchins and starfishes, small worms, and if it’s the case, also of some small fishes.

The fecundation occurs while swimming, when a female of the group is ready for spawning, and the eggs are entrusted to the currents.

Coloured, easy to feed and of modest size, the Bodianus bimaculatus is often a guest of the domestic aquaria. These collections, even if arguable, do not affect however in any way the survival of the species. The resilience is good, with possible doubling of the member in less than months, and nowadays, in 2020, the vulnerability index stands among the lowest, marking only 13 on a scale of 100.

Bodianus bimaculatus was last modified: May 18th, 2020 by Peppino