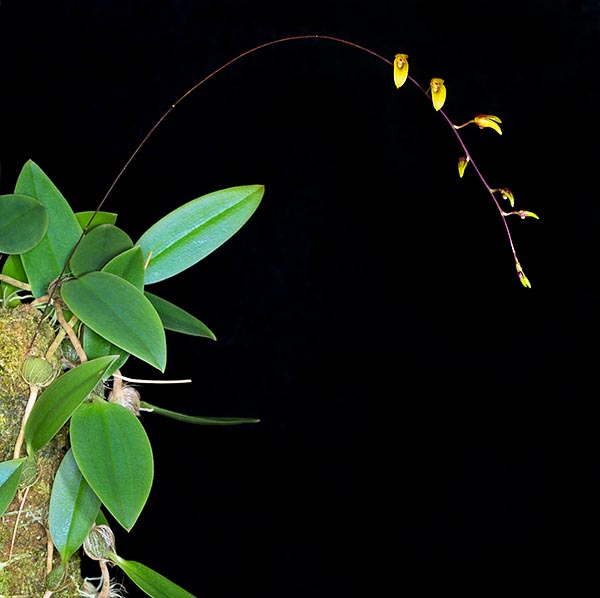 The species is native to the Bismarck Archipelago (New Britain) where it lives in the humid forest between 200 and 300 m of altitude.

The name of the genus is the combination of the Greek substantives “βολβός” (bolbos) = bulb and “φύλλον” (phyllon) = leaf, with reference to the leaves that grow at the apex of the pseudobulbs; the species is dedicated to Dr. Ronald J.M. Van Engstum, inspirer of the Netherlands Centre for Biodiversity Naturalis, Leiden.

The Bulbophyllum hengstumianum J.J.Verm., de Vogel & A.Vogel (2010) is an epiphytic species with creeping rhizome and pseudobulbs, spaced of 3-5 cm, ovoidal, slightly compressed, of about 1 cm of diameter, provided at the apex of one single subsessile ovate leaf with acute apex, 3,5-4 cm long, and 1,5-2 cm broad.

It reproduces by seed, in vitro, and at amateur level by division, with each section provided of at least 3-4 pseudobulbs, at the vegetative restart. 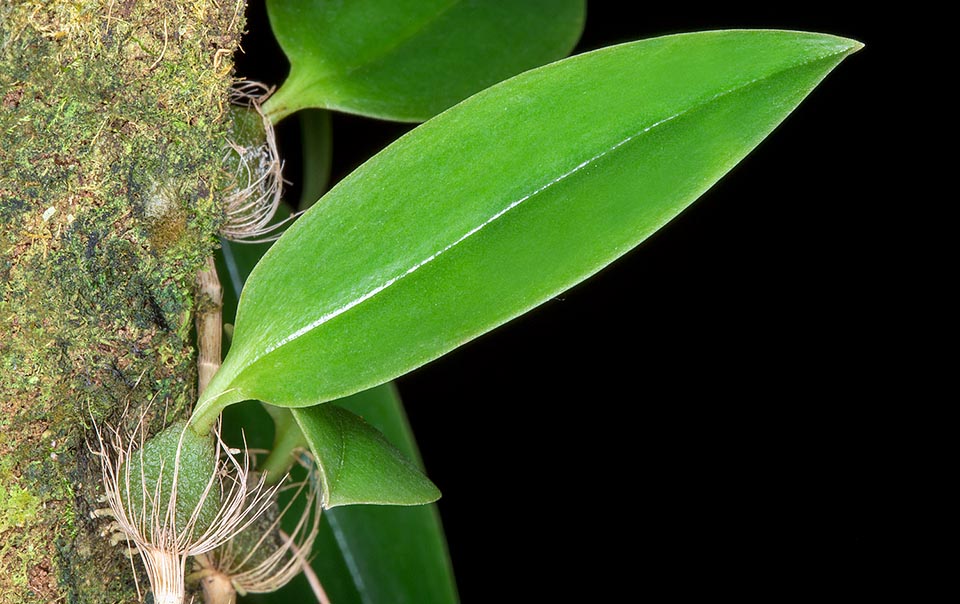 Creeping rhizome with ovoidal pseudobulbs of about 1 cm of diameter, provided at the apex of a single subsessile 3,5-4 cm leaf © Giuseppe Mazza

Little known in cultivation, requires a semi-shady and aerated position with medium-high temperatures, 20-32 °C, almost constant, and high humidity, 75-90%. Frequent and abundant waterings during the growth, slightly more spaced during the vegetative rest, but without allowing the substratum to dry up completely, utilizing rain water, demineralized, or by reverse osmosis. 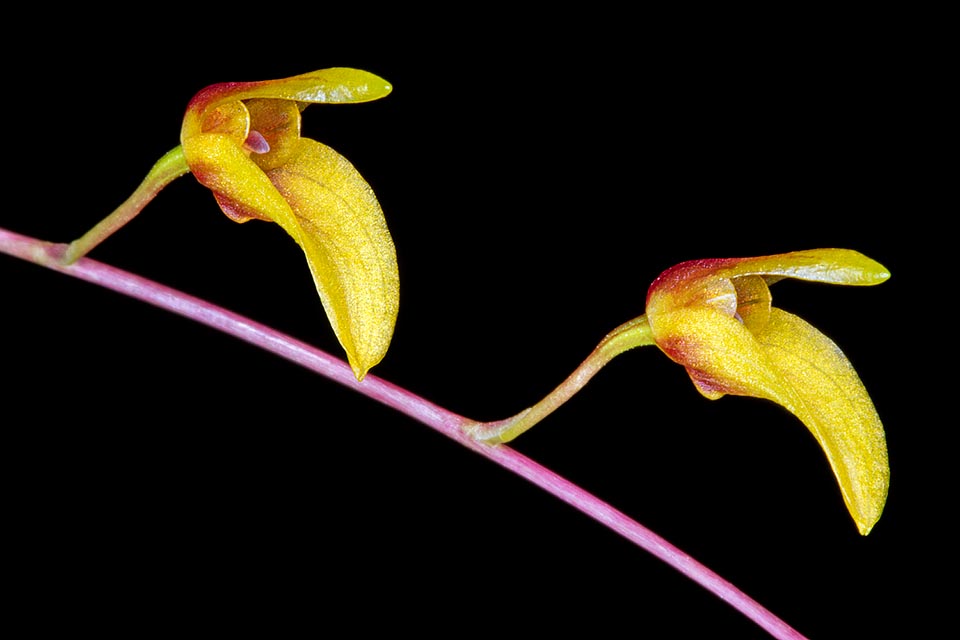 Little known in cultivation, has an initially erect inflorescence, then arcuate, on an even 30 cm long peduncle with 7-13 flowers not fully open © Giuseppe Mazza

It may be mounted on small logs, pieces of bark or rafts covered by sphagnum or cultivated in pots or baskets rather wide, to allow the pseudobulbs to freely lengthen, with draining and aerated compost that can be formed by medium sliced bark fragments, and sphagnum.