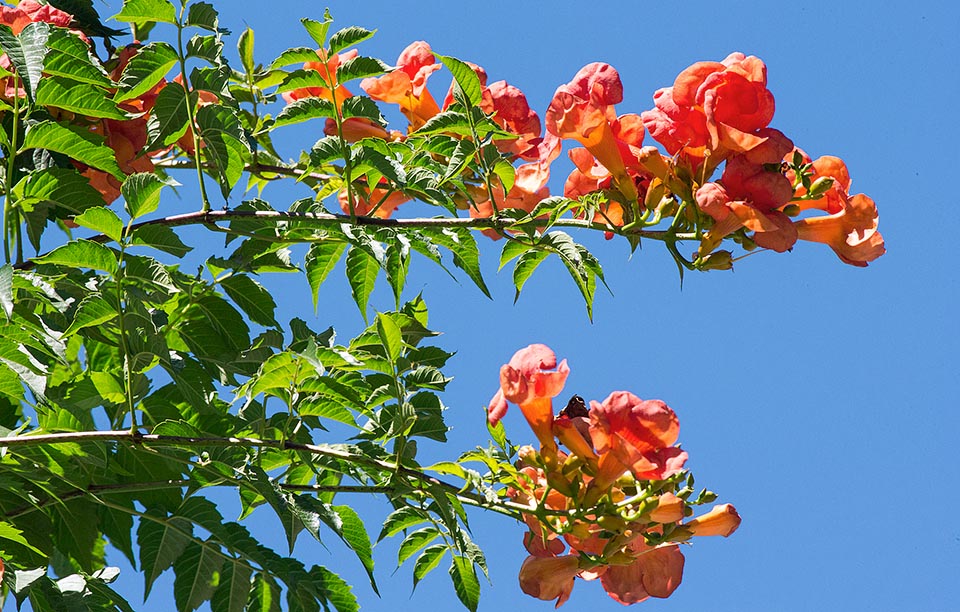 Campsis x tagliabuana comes from the union of Campsis frandiflora of China, who brought beauty as dowry, and Campsis radicans of USA more resistant to cold © G. Mazza

The name of the genus comes from the Greek “kampé” = bent, with reference to the folded stamina; the name of the hybrid, at the beginning described by Roberto de Visiani as Tecoma tagliabuana, is honoured to the brothers Alberto Linneo and Carlo Ausonio Tagliabue, who had furnished him the plant. 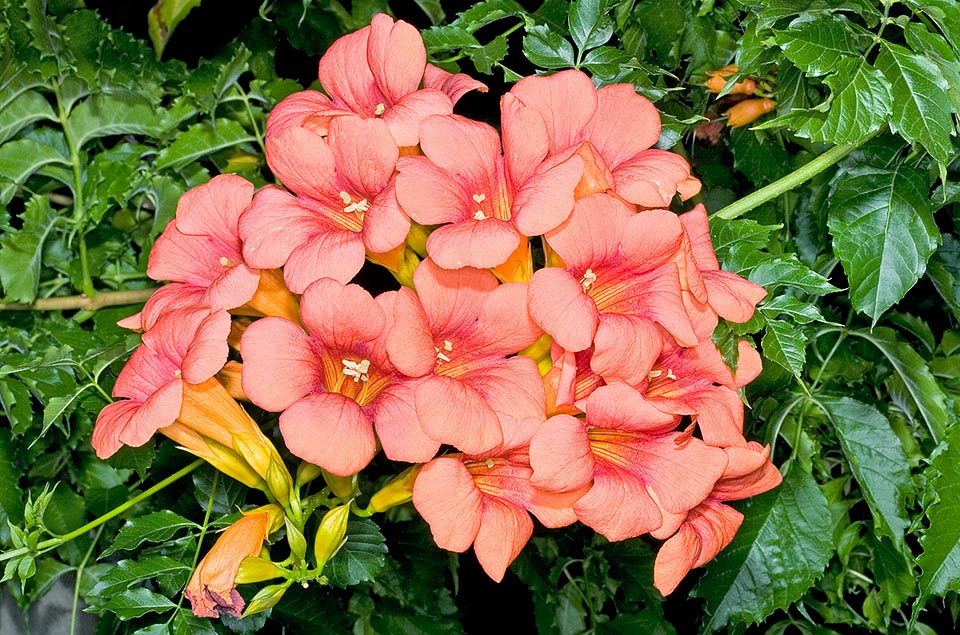 Vigourous climber, with even 10 m long stems, tolerates -20 °C. The most known variety is 'Madame Galen' introduced in France in 1889 © Giuseppe Mazza

Deciduous, robust climber, with up to about 10 m long woody stems, which clambers and sticks to the walls thanks to its adventitious roots emitted along the stem; it has imparipinnate leaves of a glossy dark green colour on the upper side, pale on the inferior one, 25-40 cm long, with 7-13 ovate leaflets, long up to 7-10 cm and 3-4 cm broad, with indented margins.

The inflorescences, produced in late summer, are terminal, with often hanging cymes, with funnel-shaped flowers, about 8 cm long and 5-7 cm broad, with colour from orange-yellow to salmon-red, depending on the variety, of which ones the most common is the ‘Madame Galen’, introduced in France in 1889.

The fruits are cylindrical capsules containing several flat seeds, with two wings which help their dispersion with the wind. It propagates by wood or root cutting, by ground layering and by the new plants which grow up even far away from the foot of the mother plant. 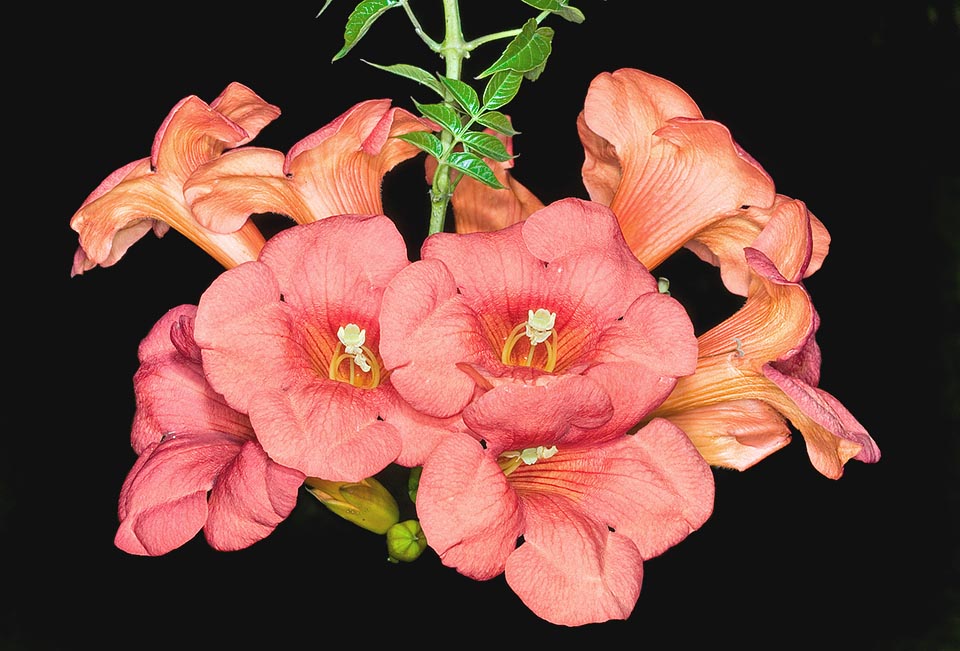 Hybrid which unites the best characteristics of its parents, the showy blossoming of the C. grandiflora and the rusticity of the C. radicans, cultivable in an ample variety of climates, as it can resist, during the vegetative rest, to temperatures even of -20°C, and of soils, as it can grow up also in poor ones, and often the main problem is to contain its vigorous growth.

It requires full sun for getting an abundant blossoming and room for the development, keeping in mind that if the plant is to climb on railings and on pergolas, then these ones are to be rather robust, as it can reach remarkable weights in short time. It is better to effect pruning, even drastic, in spring, in order to contain its growth and stimulate the blossoming, which always appears on the new vegetation. Newly planted plants are to be regularly watered during the vegetative time, later on, they can bear possible dry periods without damage.