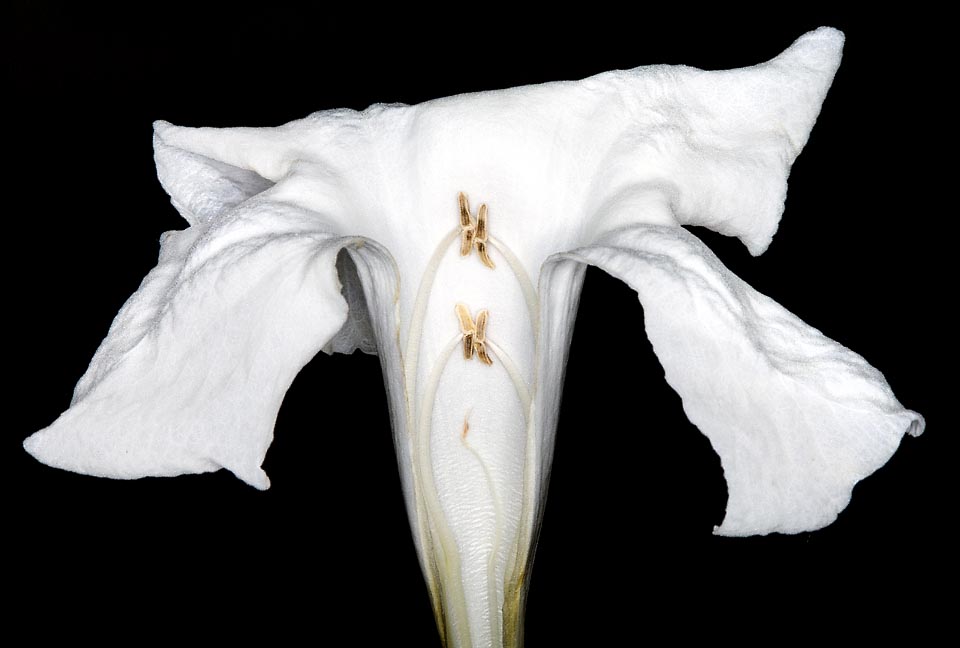 Rademachera sinica dissected. Androecium has 5 stamens, of which 4 didynamous, that is with free staminal filaments arranged in variously long pairs, whilst the fifth is reduced and sterile. Bignoniaceae flowers are grouped in cymose or racemose inflorescences and show a pentamerous organization © Giuseppe Mazza

The  Bignoniaceae  gather woody species, like trees and shrubs with climbing sarmentose posture, especially in the underwood. They include also herbaceous species with three genera exclusively herbaceous:  Tourrettia, Argylia and   Incarvillea whose species are found in high altitude mountain habitats.

The family has an almost cosmopolitan distribution, but is mainly tropical, with few species native to the temperate zones. Its major diversification has occurred in the northern part of South America. 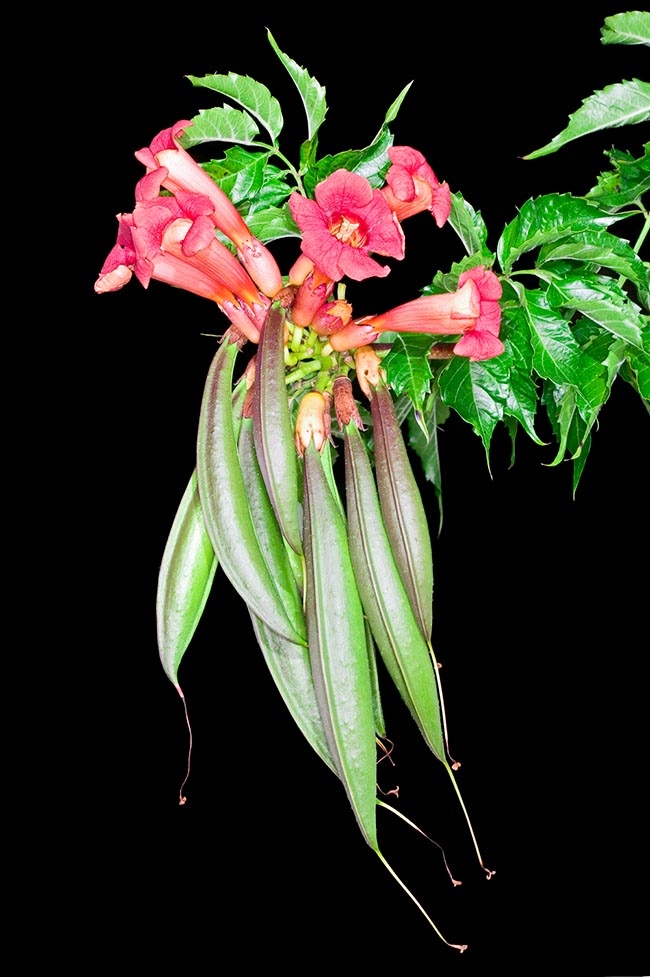 The leaves have an opposite disposition, at times verticillate, rarely alternate. The foliar lamina is divided in 2-3 leaflets, pinnate, palmate or biternate, rarely simple. In some climbing species the apical leaflets end with a tendril; it can be simple, bifid, trifid or multifid with or without terminal adhesive disks.

The flowers, hermaphrodite and zygomorphic, are grouped in cymose or racemose inflorescences and show a pentamerous organization, with gamosepalous calyx and gamopetalous corolla, androecium with 5 stamens, 4 of which didynamous and the fifth one reduced and sterile, superior ovary formed by 2 merged carpels, containing many ovules.

The fruit is a capsule. The seeds do not have albumen and are often provided with a wing for the anemochorous dispersion.

The  Bignoniaceae are appreciated as ornamental plants and are amply cultivated in parks and gardens thanks to their posture; climbing or arboreal and their beautiful blooming.

Among the most known genera we cite Bignonia with the species B. capreolata, native to the North American continent, very diffused in the European gardens due to its rusticity with copious and lasting blooming. Another species present in the gardens is B. magnifica.

Jacaranda is native to South America and Central America, with the species J. mimosifolia, imposing trees with splendid lilac-purple flowering, frequently cultivated in the parks and along the avenues of our cities and for the wood having good properties in cabinet making.

Moreover, we also mention the genus Kigelia with the only species (K. africana) known as “sausage tree” due to its fruit, hanging from the branches, that is a woody berry weighing about 10 kg, about one metre long and 20 cm broad. A quite diffused climbing species in the gardens is Campsis radicans, native to North America, with showy red-orange flowers and finally, we cite the genus Radermachera with the species R. sinica  utilized as ornamental plant in the gardens, but suitable also for indoor and outdoor decorations.

Studies of molecular phylogenetics have clarified the relations between the genera inside the family reducing their number in respect to the past, so now (2020) are ascribed to the family 86 genera with 852 species. 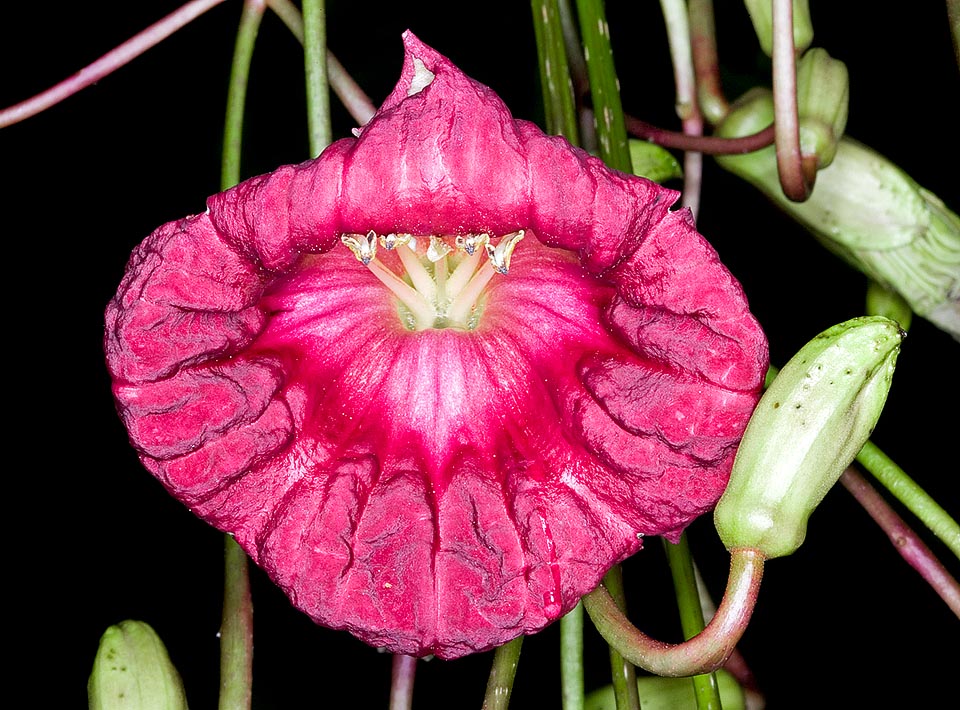 The Sausage tree (Kigelia africana) can be 18 m tall with 12 kg fruits. The 13 cm broad flower is pollinated by bats © Giuseppe Mazza

→ To appreciate the biodiversity within the BIGNONIACEAE family please click here.