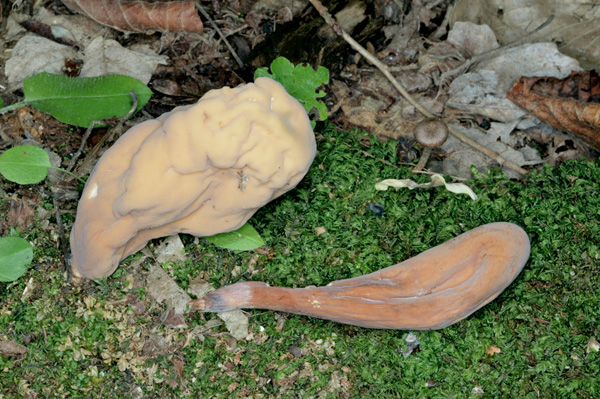 The name comes from the Latin “pistillum” = mortar pestle, due to its typical shape.

The genus is characterized by fungi shaped as clubs, mortar, with the top which may be rounded or truncated, robust, hollow when old.

They are fleshy and firm fungi growing as terricolous or humicolous, often in great number, but always single, usually of brown-yellow, ocherous-grey, yellowish colour, tending to the green with the FeSO4. 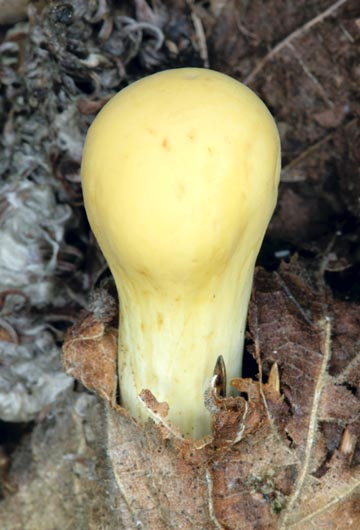 The hymenium covers almost all the stem and is sub-smooth or wrinkled; only when ripe it becomes pruinose due to the ripening of the spores.

The flesh is white, ocherous-white, without any particular smell and sour taste.

Carpophore: 7-15 (30) cm high × 2-6 cm broad, typically clavate, from cylindroid to strongly clavate, with rounded or convex apex, at times enlarged in the upper part of the club; finely rugged surface, especially in the upper part where the hymenophore is placed. The colour is ochre-yellow, orange-yellow, spread of violet in the medium-lower part, when ripe it becomes again ochre-yellow due to the ripening of the spores, the basal part from paler to white; due to the handling, when touched it tends to get a violaceous-brown colouration. The base of the carpophore has some white mycelial cords at the base of the stem.

Hymenophore: placed in the upper part of the club, little differentiated, it is finely rugged, pruinose when ripe.

Flesh: initially firm, then soft and spongy but yet compact, white, becomes violaceous brownish when cut, it stains of brownish especially in the lower part, absence of smell, sour tasty.

Chemical reactions: the bright yellow hymenium with SO4H2; the flesh turns to gold yellow with the KOH, to the green grey with the SO4Fe.

Habitat: it grows in summer and in autumn in the latifolious forests especially under the beech; is solitary or gregarious. 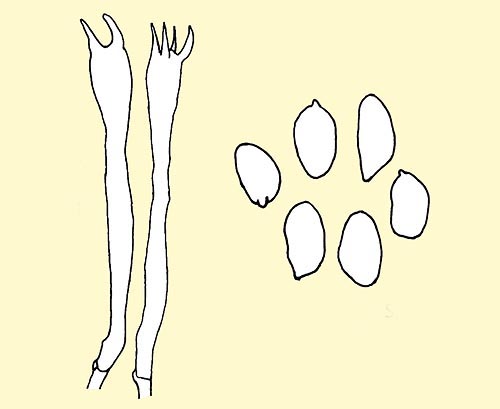 Remarks: without any doubt, it is a fungus easy to be determined, at least for what the genus is concerned, due to the typically clavate shape.

For what the species is concerned, its determination is somewhat more difficult if it grows in mixed woods, much easier when found in the pure beech ones.

But, besides the different habitat, when young it is lemon yellow, ochre-brownish when adult and its flesh is always sour. Also the spores are slightly narrower.