The species is native to Cameroon, Congo and Gabon where it grows in the under-wood of the humid forests from the sea level up to about 800 m of altitude.

The generic name was given by Linnaeus honouring Dioscorides who had described a plant, deemed similar, with the name “κόστος” (kóstos); the species is dedicated to the German explorer and collector Ernst Tappenbeck. 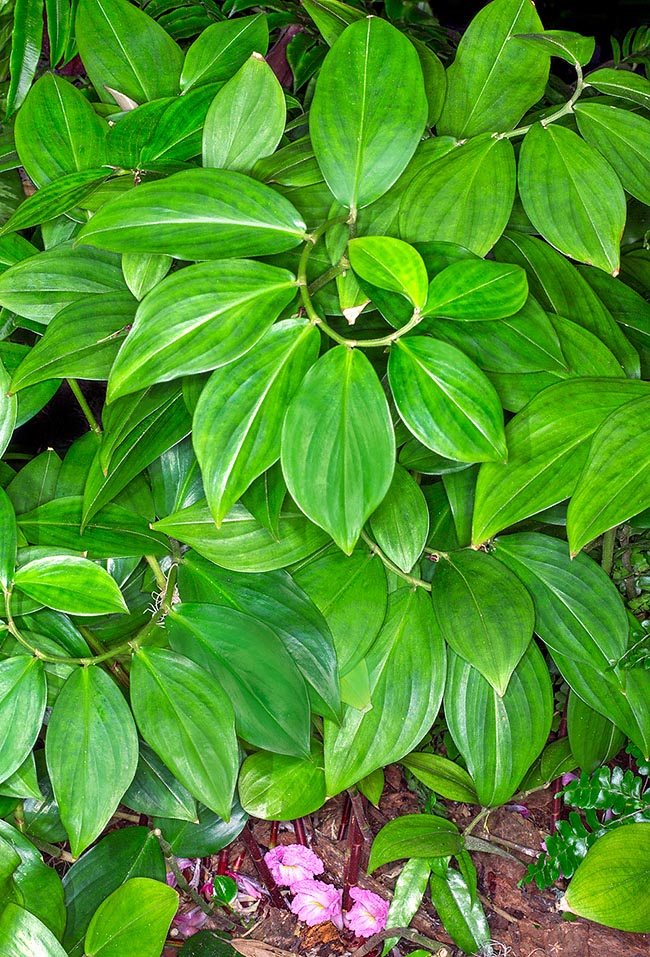 Native to the humid Cameroon, Congo and Gabon forests, the Costus tappenbeckianus is an evergreen, perennial rhizomatous herbaceous species with spirally curved cylindrical stems that may be more than 1 m long © Mazza

The leaves are simple, sub-sessile, elliptic-lanceolate with acuminate apex and entire margin, slightly asymmetric compared to the central vein, of glossy dark green colour above, reddish and provided of a slight and short down below, 6-20 cm long and 3-10 cm broad.

Lanceolate petaloid fertile stamen, 2,5-4 cm long, and labellum, the most striking part of the flower, formed by the sterile stamens fused together, imbutiform with crenulate margin, obovate when spread, 5-6,5 cm long and 4-5,5 cm broad, of more or less intense pink colour and run by a central yellow band that acts as “guide” for the pollinating insects.

It reproduces by seed, previously kept in water for 2-3 days, in particularly draining loam maintained constantly humid, but without stagnations, at the temperature of 24-26 °C, by division and through the young plants eventually produced at the end of blooming on the axil of the sterile bracts at the basis of the inflorescence, as happens in other Costaceae and Zingiberaceae.

Species with ornamental foliage and particular blooming, utilizable in the gardens of the tropical and humid subtropical climate zones as soil cover and for borders, its cultivation may be tried, in sheltered position, in the mildest temperate-warm ones, where temperatures close to 0 °C are short lasting exceptions.

It requires a slightly shady to semi-shady position and draining soils rich of organic substance, from slightly acidic to slightly alkaline, maintained constantly humid, but without stagnations. 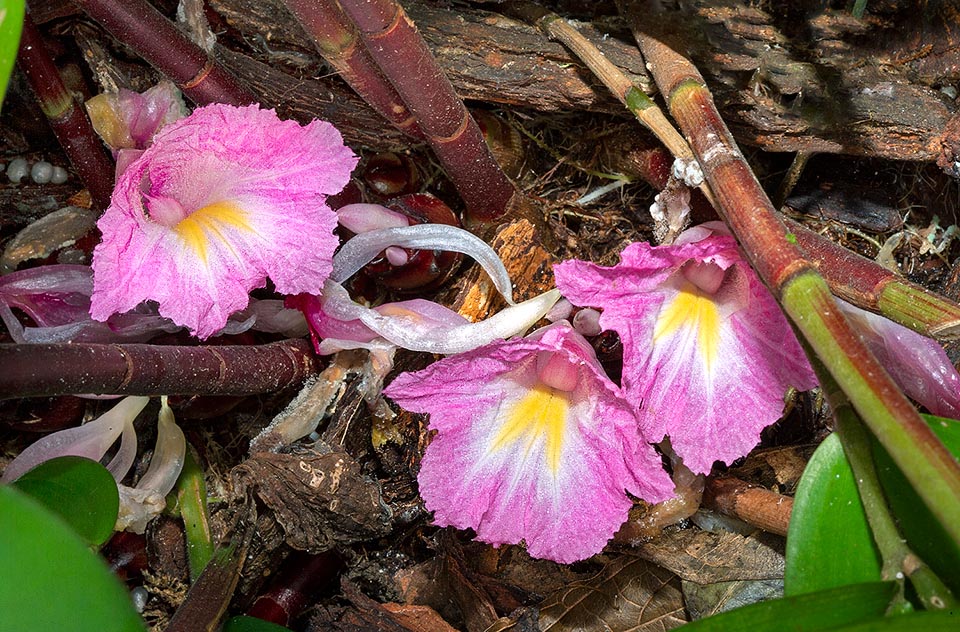 The inflorescences emerge from the rhizome on short stem, without leaves that has 1-2 pink flowers with a central yellow band that serves as “guide” for pollinating insects © Giuseppe Mazza

Elsewhere it can be cultivated in pot to be sheltered during the coldest months in protected location, luminous, with lowest temperature values not under the 16 °C, utilizing a loam rich of organic substance with addition of siliceous sand or perlite per a 30% in order to improve the drainage.

Regular and abundant watering during the vegetative period, spaced in winter, but without allowing the substratum to dry up completely, and fertilizations, in spring summer, done with hydro-soluble balanced products with micro-elements at half of the dosage suggested on the package.